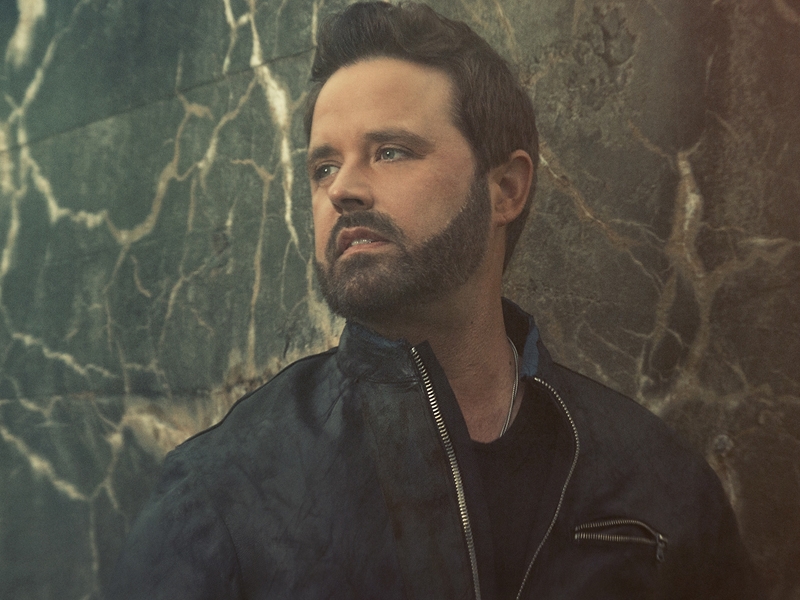 NASHVILLE, Tenn. (Oct. 16, 2015) – Randy Houser knew he had something special when he wrote “Like A Cowboy” with Brice Long, but the traditional-leaning ballad has proven to be the touchstone of his live show and resonated with fans and critics alike. After a sensational acoustic delivery of “Like A Cowboy” during one of his performances as part of Luke Bryan’s Kick The Dust Up Tour this year, the Boston Globe praised Houser for “reminding everyone. . . that all you need is a good song and a heartfelt performance to create a powerful and enduring musical moment,” and the impact of the song continues to grow as it recently landed a nomination for CMA Song of the Year and earned its RIAA Gold certification for more than 500,000 sales and on-demand stream units. Bryan surprised Houser with the news during last night’s tour stop in Sacramento, presenting him with a Gold plaque during an impromptu collaboration with Houser and fellow tour-mate Dustin Lynch midway through the show.

“This is probably one of my favorite songs I’ve ever written, and the fact that people have really latched on to it and made it into such a huge song for us means the world to me,” said Houser. “It’s such an honor to be recognized by my peers and to have the support of the industry and fans and country radio behind this song. It’s really special.”

“Like A Cowboy” was the fourth single to be released from Houser’s chart-topping Stoney Creek Records album How Country Feels, peaking in the Top 5 following his three consecutive No. 1 hits “How Country Feels,” “Runnin’ Outta Moonlight” and “Goodnight Kiss.”

Houser, whose new single “We Went” is in the Top 25 and climbing at country radio, will continue as direct support for Luke Bryan on the Kick The Dust Up Tour through October 30 and launch his own We Went Tour in mid-November. Featuring three-time chart-topping artist Frankie Ballard and Craig Campbell, the We Went Tour will be Houser’s first run headlining arenas and will feature new music from his highly-anticipated forthcoming studio album. Upcoming dates are as follows, with more to be announced:

About Randy Houser
With an inimitable voice the New York Times describes as “wholly different, thicker and more throbbing, a caldron bubbling over,” Randy Houser racked up three consecutive No. 1 hits and more than four million in singles sales to date with his Stoney Creek Records album, How Country Feels. He topped the charts with the title track, “Runnin’ Outta Moonlight” and “Goodnight Kiss” (also his first No. 1 as a songwriter) and earned critical acclaim for his powerful delivery of the Top 5 smash and CMA Song of the Year-nominated "Like A Cowboy." Houser’s new single, “We Went,” is available at country radio and digital retailers now, with a new album forthcoming. He is currently touring with Luke Bryan on the Kick The Dust Up Tour and will launch his own We Went Tour this fall. For more information, visit www.RandyHouser.com or follow on Twitter @RandyHouser and www.Facebook.com/RandyHouser