RADIO, MEDIA + ITUNES RESPOND TO “SETTING THE WORLD ON FIRE” 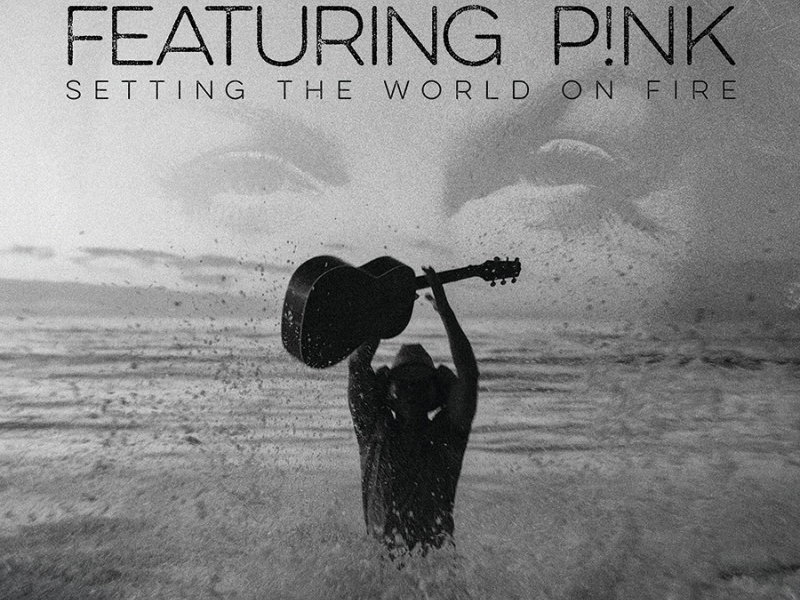 NASHVILLE, Tenn. (Monday, Aug. 1, 2016) - Kenny Chesney knew the second he heard P!NK on “Setting The World on Fire,” they had a very special piece of music in the sweeping midtempo: the kind of song that distills the epitome of being alive and in love. With the release of hisCosmic Hallelujah moving to Oct. 28, the songwriter/superstar from East Tennessee wanted a second single that reflects the joy of summer.

“This time of year, you really want a song that feels like the best part of the summer,” Chesney says. “You want something that grabs you and puts you right in the moment. Like ‘Somewhere With You,’ the listener is so caught up in what’s happening – you’re there; I think when people hear P!NK and I together, people will get that same sense of the moment.”

Upon release Friday, “Setting The World on Fire” shot to the top of the iTunes All-Genre chart, as well as topping several other sales charts. With barely three days, the frolicsome song about the moment when like becomes love also bows on the Mediabase chart at No. 32 with a bullet and on the Billboard chart at No. 22.

With clean percussion and layers of synth pads, “Fire” is driven by a tumbling guitar part and the chemistry of the two vocalists. When their voices enmesh on the first chorus, the chemistry is palpable. Even Perez Hilton noted how effective the pairing is, writing on his blog, “no doubt a Kenny Chesney-type of song and subject matter, but Pink hops in there and never misses a beat along the way!”

Rolling Stone called “Setting The World On Fire, “an urgent, head-over-heels single...” before offering, “(it) finds the two singers living on the edge — and loving every minute of it. The easy strum that opens the song is soon joined by heavy, distorted guitar riffs and an increasingly forceful beat, as Pink's combustible vocals spiral upwards to meet Chesney's typically laid-back delivery.” Entertainment Weekly concurred, “Kenny Chesney’s Cosmic Hallelujah drops at the end of October, but he just shared one of the starriest bits, releasing ‘Setting the World on Fire,’ a wispy duet with pop star Pink” and Radio.com recounted the song captures, “a couple whose relationship has moved a little faster than they expected, but they don’t mind and have no regrets.”

“I can’t wait for this to get a little older, so we can put it in the show,” Chesney – in the midst of his Spread The Love 2016 Tour, including 14 major stadiums – enthuses. “This is one of those songs that’s going to be wild live. I can’t wait to hear the fans sing it back to me.”

Off to a fast start, “Setting the World on Fire” is the second single from Chesney’s Cosmic Hallelujah, due Oct. 28. With both artists each doing their share of duets, each has blurred the lines between what people expect and what the pair has delivered.