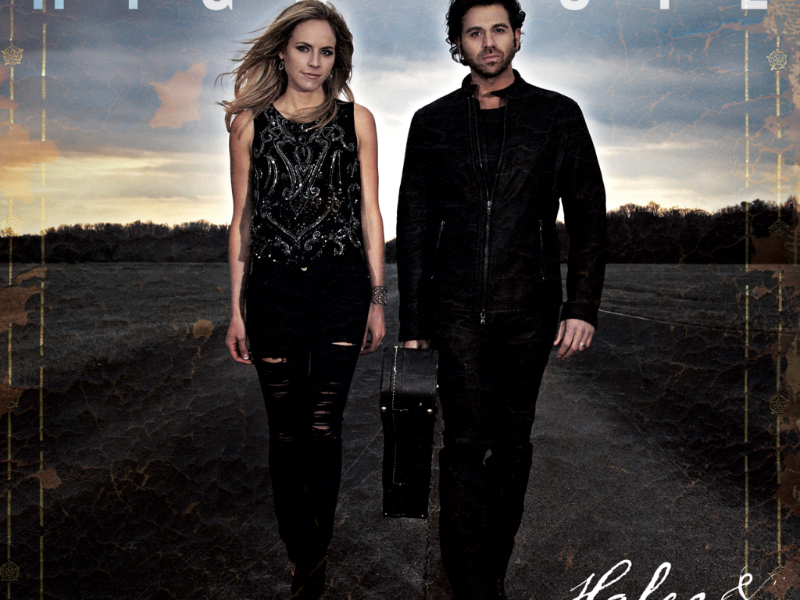 Breakout pop-country duo Haley & Michaels (Shannon Haley and Ryan Michaels) are making a splash with their new single “High Note,” available now on all digital streaming platforms. Named one of Rolling Stone’s 2018 Artists You Need to Know and Taste Of Country’s Top 5 Country Artists To Watch, the husband and wife duo has been praised for their “pop-forward, stadium-sized sound.”

“The original idea for this song was inspired by my experience at ‘Desert Trip’, a concert where I got to see some of my all-time favorite musical inspirations perform including Paul McCartney and The Rolling Stones,” says Michaels. “The whole weekend ended with Roger Waters from Pink Floyd playing 'The Wall' along with a massive pink pig blimp floating over the audience and thousands of lighters in the air. I called Shannon as I was leaving and told her, 'I’m leaving on a high note,'” says Michaels.

“The moment I heard 'high note' I knew it was a song we had to write. We wrote it with our good friends Phil Barton and Zach Abend. They really helped capture the nostalgic, rock ‘n roll spirit that inspired the song. While we wrote it from the perspective of a relationship coming to an end, for us it’s also about our outlook on our journey in music; we always try to focus on the positivity that can be taken from every situation,” says Haley.

Produced by Zach Abend, “High Note” puts a unique twist on the typical breakup song, shifting focus to living in the here-and-now rather than worrying about what tomorrow may bring.

“High Note," released on Sony/ATV label imprint Hickory Records/RED Music, follows the recent release of the music video for the duo’s inspirational anthem, “Me Too” featuring #MeToo Movement Founder, Tarana Burke, which received praise from TIME, Refinery29 and Parade. Since its March 12 release, the video has amassed over 2.3 million views and recently spent two weeks in a row as the #1 music video on CMT.

Fans can catch Haley & Michaels at CMA Fest 2018 this June.

About Haley & Michaels
Haley & Michaels grew up in Northern California just three miles apart but didn't meet until their guitarist introduced them in Nashville several years ago. They had immediate chemistry and have been writing and recording together ever since; they were married in May 2015. The duo has been featured on numerous Spotify playlists, amassing over 20 million online streams, has appeared twice on NBC’s Today with Hoda Kolb and has also experienced great success on SiriusXM's "The Highway,” selling more than 200,000 units independently. Haley & Michaels signed with Hickory Records/RED Music and Sony/ATV Publishing last year and are in the studio working on their first full-length studio album due out later this year. For more information on Haley & Michaels, visit www.haleyandmichaels.com or follow them at @haleynmichaels on Twitter, Facebook.com/HaleyandMichaels and @haleyandmichaels on Instagram.