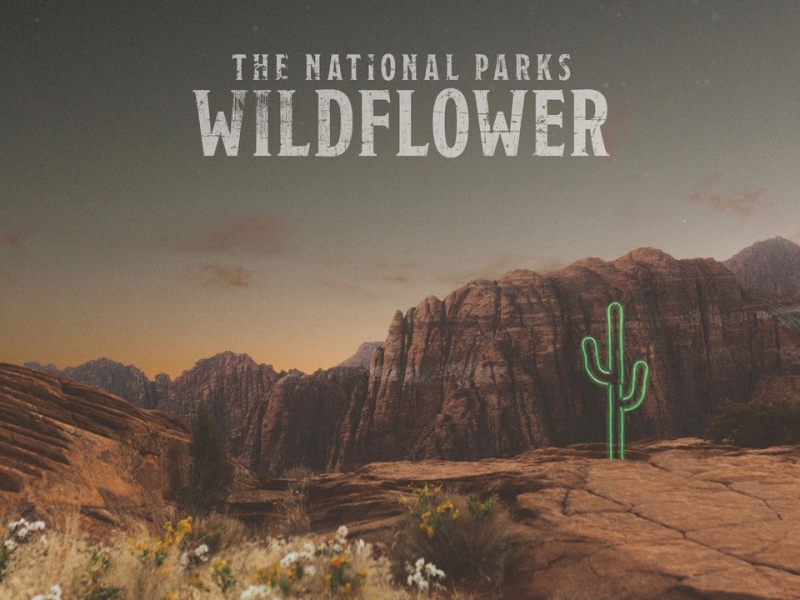 Folk-influenced band The National Parks is releasing a new studio album, Wildflower, Friday, June 19. Since emerging in 2013, The National Parks has quietly grown into an Americana phenomenon with roots embedded in cinematic electronics, organic orchestration and rock energy.“The National Parks signed with ONErpm in February, and we’ve all been looking forward to this terrific new album that showcases each member’s unique contributions as songwriters and musicians,” says ONErpm CEO and founder Emmanuel Zunz.

“ONErpm has provided and showed nonstop support to our band and our releases,” lead band member Brandy Parks remarks. “The team at ONErpm has given us great insight and provided constant communication to help us grow and solve any issues we might encounter. ONErpm has been a great company to work with,” Parks enthuses.

The 15-song collection, produced and mixed by longtime collaborator Scott Wiley, features a variety of rich sounds and interesting textures, as evidenced by the title track. “Wildflower” is currently receiving airplay at Triple A and non-comm radio stations across the country, while the track “Time” couldn’t be timelier with its upbeat, road song vibe urging patience and perseverance through life’s struggles.

Since its introductory album, Young, The National Parks has continued to create critically acclaimed “anthemic indie-folk as boundless as [its] name would suggest,” racking up over 90 million streams and selling out headlining shows. The quartet has toured with Andy Grammer, Peter Bjorn and John and WILD, among others, and performed at KAABOO Del Mar, SXSW and CMJ, garnering praise and support from NPR, Paste, PopMatters, Relix, Atwood Magazine, Glide Magazine and Substream Magazine and comparisons to The Lumineers, Mumford & Sons, and The Head and the Heart.

The band’s 2019 single “I Can Feel It” received a sync placement in the Netflix movie The Wrong Missy, starring David Spade and produced by Adam Sandler’s Happy Madison Productions. On May 19, it was the No. 4 most viral song in America per Shazam, and the movie hit No. 1 on Netflix the week of May 18.

ONErpm has already had great success in the Americana realm this year, having recently released The Light with the eclectic sextet Delta Rae and Looking for a Feeling with the incomparable Pam Tillis. The global label services and distribution company is also working with the creators of OurVinyl, who got their start filming notable Americana artists such as St. Paul & The Broken Bones, Julien Baker, Allen Stone and Tyler Childers.