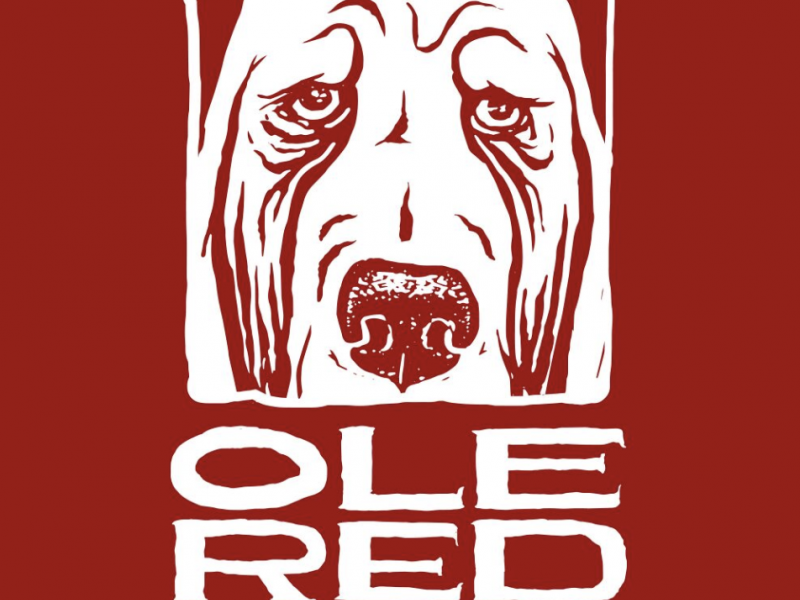 Ole Red Gatlinburg is itchin’ to bring a little more fun to town this fall season with the launch of “The Hitmaker Series” tonight at 8 p.m. This free, monthly concert series will feature two nights of songwriters performing in the round on the Ole Red stage. The acoustic performances will include the hits the artists have written and the stories behind the songs, offering guests a taste of Music City in the heart of the Great Smoky Mountains. The series kicks off tonight, Oct. 8, at 8 p.m. and concludes with performances tomorrow, Oct. 9, at 8 p.m. Both evenings will feature performances by Phillip White, who has penned songs for the likes of George Strait and Luke Bryan and written hits such as 2003 ACM Song of the Year “I’m Movin’ On;” Leslie Satcher, who has co-written tracks recorded by artists across genres including Willie Nelson, George Strait, Ariana Grande, Sheryl Crow and Vince Gill and responsible for Martina McBride's hit song "When God-Fearin' Women Get the Blues" and James LeBlanc whose songs have been recorded by Jason Aldean, Rascal Flatts, Martina McBride, and Travis Tritt. “The Hitmaker Series” returns Nov. 12 and 13 featuring Phil O’Donnell (Blake Shelton’s “Doin’ What She Likes,” George Strait’s "Give It All We Got Tonight” and Montgomery Gentry’s, “Back When I Knew It All”); Casey Beathard (Kenny Chesney’s “The Boys of Fall,” “Don’t Blink” and “No Shoes, No Shirt, No Problems”); and Monty Criswell (Eric Church’s “Like Jesus Does,” Scotty McCreery’s “Five More Minutes,” and Trace Adkin’s “Lit”). The series will continue Dec. 10 and 11 with Brice Long (George Strait, Garth Brooks, Chris Young), Wynn Varble (Brad Paisley, Kellie Pickler, Darryl Worley) and Adam Sanders (Dierks Bentley, Luke Bryan, Cole Swindell). Ole Red Gatlinburg has also partnered with popular local attraction Anakeesta, and luxury outdoor resort, Camp LeConte, to offer an exciting Glamping Getaway Sweepstakes. From now until Nov. 15, fans can visit olered.com/gatlinburg to enter for a chance to win dinner and drinks for two at Ole Red, two annual passes to Anakeesta, and choice of a two-night stay at one of Camp LeConte’s Safari Tents, Tree Houses or Retro Campers. The grand prize winner will be announced on Dec. 1.

Ole Red Gatlinburg brings the best of southern food, hospitality, and live music to one of the nation’s most exciting tourism markets. For full menus, upcoming live music programming, and happenings, visit olered.com.

About Ole Red
Ole Red is a lifestyle and entertainment brand inspired by Blake Shelton’s clever, irreverent third-chart hit, “Ol’ Red.” You can currently find Ole Red entertainment venues and products in three locations in the United States, the flagship multi-story bar, restaurant and entertainment venue in the heart of downtown Nashville’s famed Lower Broadway, the very first location and expanded event space The Doghouse in Blake’s hometown of Tishomingo, Oklahoma and a newly opened location in Gatlinburg, Tennessee. The company has announced an additional location opening in Orlando, Florida in 2020. Ole Red is owned and operated by Ryman Hospitality Properties, Inc. as part of its Opry Entertainment division. For additional information about Ole Red, visit us online at olered.com.
About Ryman Hospitality Properties, Inc.
Ryman Hospitality Properties, Inc. (NYSE:RHP) is a REIT for federal income tax purposes, specializing in group-oriented, destination hotel assets in urban and resort markets. The Company’s owned assets include a network of four upscale, meetings-focused resorts totaling 8,114 rooms that are managed by lodging operator Marriott International, Inc. under the Gaylord Hotels brand. The Company is a joint venture owner of the 1,501-room Gaylord Rockies Resort & Convention Center, which is also managed by Marriott International, Inc. Other owned assets managed by Marriott International, Inc. include Gaylord Springs Golf Links, the Wildhorse Saloon, the General Jackson Showboat, The Inn at Opryland, a 303-room overflow hotel adjacent to Gaylord Opryland and AC Hotel Washington, DC at National Harbor, a 192-room hotel near Gaylord National. The Company also owns and operates media and entertainment assets, including the Grand Ole Opry (opry.com), the legendary weekly showcase of country music’s finest performers for over 90 years; the Ryman Auditorium, the storied former home of the Grand Ole Opry located in downtown Nashville; 650 AM WSM, the Opry’s radio home; and Ole Red, a country lifestyle and entertainment brand. For additional information about Ryman Hospitality Properties, visit www.rymanhp.com.
About Blake Shelton
Country Music Association’s 2012 “Entertainer of the Year,” five-time Male Vocalist of the Year winner and GRAMMY nominee Blake Shelton continues to add to his superstar status. He just announced his brand new single “Hell Right” featuring Trace Adkins and penned by David Garcia, Brett Tyler and Michael Hardy. His most recent smash “God’s Country” became his 26th No. 1 on country radio, where it remained for a multi-week run, in addition to his 16th No. 1 on the Billboard Hot Country Songs chart and the fastest country single in the past year to reach one million track equivalents. The “southern-rockin’ country stomper” (Rolling Stone), has accumulated more than 180 million on-demand streams. Shelton has also teamed up with the legendary Garth Brooks for rapidly climbing single “Dive Bar,” which earned the highest chart debut in seven years.

A member of the Grand Ole Opry, the Platinum-selling entertainer has earned a host of honors throughout his career including 20 ACM nominations and both the male and overall Video of the Year trophies at the 2018 CMT Awards. As a coach for the Emmy Award-winning television show The Voice, Shelton is a six-time champion, most recently with his contestant Chloe Kohanski. Off stage, he has teamed up with Ryman Hospitality to open a string of Ole Red entertainment restaurant venues, a nod to his 2001 hit of the same name, in Oklahoma as well as Nashville and Gatlinburg, TN, with another coming soon to Orlando. Earlier this year he celebrated the grand opening of The Doghouse, a music hall and events venue expansion at the original Ole Red location in Tishomingo, OK.