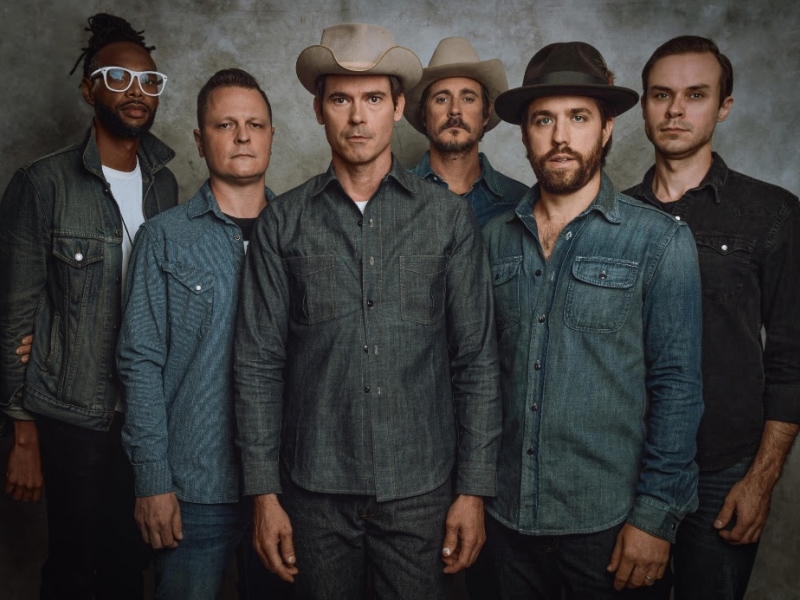 NASHVILLE, Tenn. – Two-time GRAMMY award winners Old Crow Medicine Show are once again set to ring in the New Year at Ryman Auditorium, performing Dec. 30 and 31 to a limited in-venue audience.  In addition, fans around the world will be able to tune in via Livestream for the band's Dec. 31, 10:00 PM performance which will also feature special guests including Marty Stuart with more to be announced soon. In-venue tickets for Dec. 30 and 31 start at $69.50. Tickets for the Dec. 31 livestream are priced at $20. To purchase in-venue tickets visit Ryman.com and to purchase livestream tickets click HERE.
Grand Ole Opry members since 2013 and known for their RIAA Double-Platinum hit “Wagon Wheel,” Old Crow Medicine Show, having headlined Ryman Auditorium more than 20 times, released Live at the Ryman, a compilation of songs performed at the historic venue between 2013 and 2019, on Oct. 4, 2019. The band's standing New Years Eve tradition marks their 11th year of celebrating the holiday at the Mother Church.

About Old Crow Medicine Show:
Old Crow Medicine Show got their start busking on street corners in 1998, from New York state and up through Canada, winning audiences along the way with their boundless energy and spirit. They eventually found themselves in Boone, North Carolina where they caught the attention of folk icon Doc Watson while playing in front of a pharmacy. He invited the band to play at his festival, MerleFest, and the rest is history.

It’s been over twenty years since these humble beginnings. The band has gone on to receive the honor of being inducted as members of the Grand Ole Opry, and have won two Grammy Awards: “Best Folk Album” for Remedy (2014) and “Best Long Form Music Video” for Big Easy Express (2013). The band’s most recent work is Live At The Ryman (2019) which was released on Columbia via The Orchard. Old Crow Medicine Show's latest endeavor is their live You Tube show, Hartland Hootenanny which airs live on Saturday nights at 7:00 PM. Curated and filmed by the band, the show combines music, comedy, and features a special guest each week.