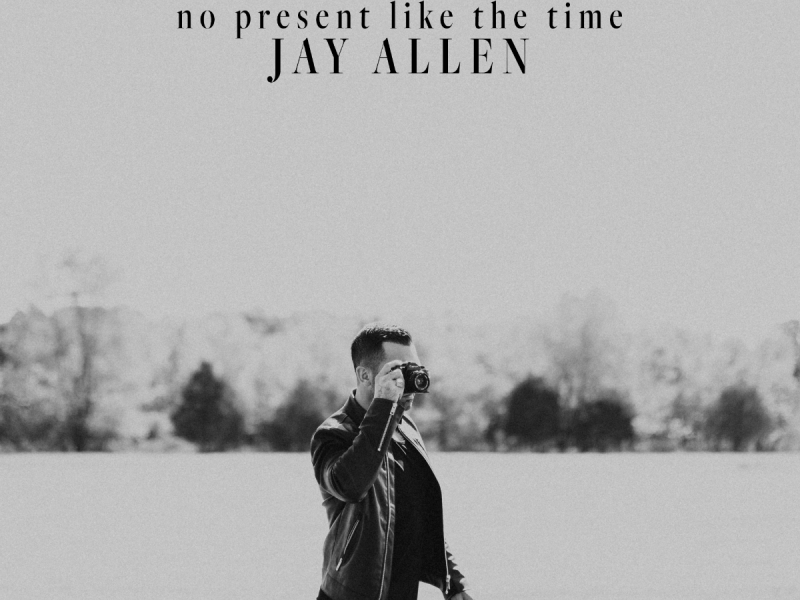 NASHVILLE, Tenn. – Newly married Nashville singer-songwriter and Voice contestant Jay Allen is giving his fans a wedding gift. His new single, “No Present Like the Time,” will be released Friday, Dec. 2 via global marketing and distribution giant ONErpm.

“I wrote ‘No Present Like the Time’ with (friend and frequent collaborator) Nate Kenyon and Micah Wilshire right before I went on The Voice,” Allen explains, after an intense grieving period over losing his mother. “It was 2019, she was my world, and only 54 when Alzheimer’s devastated our family,” he adds. “What I experienced during those years was a sort of sadness and doubt that almost broke my spirit, but what I gained was an invaluable lesson—time is precious.”

Take a picture, take a chance
Chase a dream, chase a girl
Say a prayer, take a trip
Don’t hold your breath, hold your kids
Before they’re too big

For those who may need the reminder, Allen offers this final piece of advice: “If I could go back, I would answer every phone call, say ‘I love you’ every day, take a lot more pictures and just spend time with her.” Pausing, he adds, “I know my mother wouldn’t want me to live with regrets, so instead I believe she gave me this song to remind me how to live.”

“We are thrilled to have a talent like Jay Allen on our roster,” says ONErpm Nashville office Managing Director Tim Wipperman. “This is such a personal song to Jay, but one we feel will resonate with his fans and an even wider, untapped audience.”

Allen had been scheduled to marry fiancée and fellow country artist Kylie Morgan on Oct. 11, but Hurricane Ian had other plans. The couple, along with some of their musician friends, performed a benefit concert in Ft. Myers to help their wedding venue and others in the area rebuild. The two were finally married on Oct. 1.

For more information, visit JayAllenOfficial.com or follow Allen on Instagram @JayAllenMusic or facebook.com/jayallenmusic.
About Jay Allen
Singer-songwriter Jay Allen combines the grittiness of rock ’n’ roll with the tenderness of country ballads. Growing up near Cedar Falls, Iowa, Allen recalls going to rock concerts with his dad and singing country at the top of his lungs in the car with his mother. As Allen says, “Mom is the reason I believe country music chose me and ultimately why I ended up in Nashville.” Allen moved to Nashville in 2013, and by 2014 he had signed a publishing deal; in 2016 he signed an artist deal with SONY/ATV and released “Sounds Good to Me” in 2017, which Sirius XM selected as “The Highway Find.” In 2018, after seeing his mother suffer from early-onset Alzheimer’s, Allen wrote “Blank Stares”—about the terrible ravages of the disease (and ultimately his own personal loss as his mom died in 2019)—which has now reached over 500 million views on Facebook. As a result of the song, Allen has been involved with several international events, including the Rita Hayworth Gala, which have raised over $100 million for the Alzheimer’s Association. In October 2021, Allen released his debut EP Bulletproof, which included his hot single “Mustang on Mud Tires,” featuring UMG country artist, co-writer (along with Nate Kenyon and Blake Bollinger) and fiancée Kylie Morgan, whom Allen married in late November 2022.

About ONErpm
ONErpm is a next-generation music company and leader in new revenue opportunities, operating one of the world’s largest music distribution platforms and YouTube Multi-Channel Networks. Offering a full suite of services that includes marketing support, supply chain tools, business intelligence, publishing, accounting and global payment solutions, ONErpm provides the infrastructure needed to help creators and content owners succeed. As a trusted partner, ONErpm emphasizes transparency in everything it does, from executing a marketing campaign to making payments. ONErpm currently operates in 30 territories across the globe with a staff of over 470, making it one of the fastest-growing independent music companies in the world.