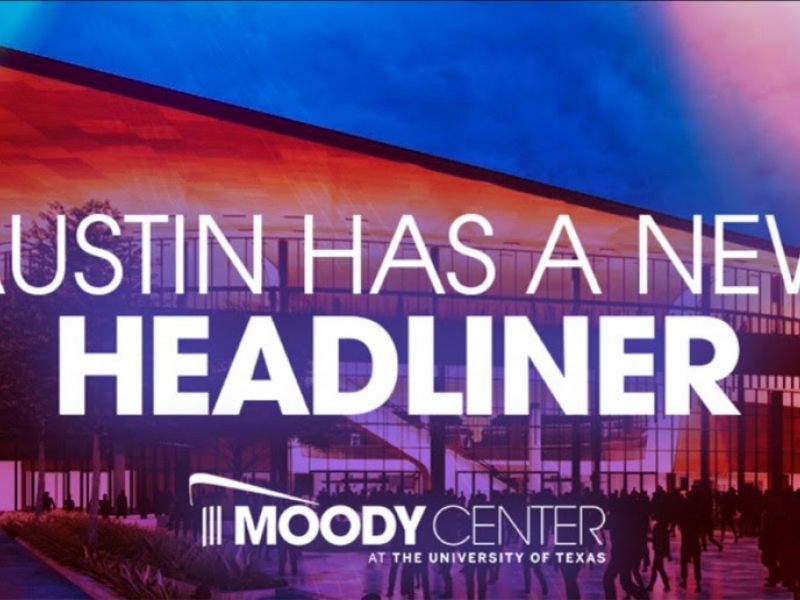 Coming off the heels of a historic and record-breaking Austin City Limits Music Festival, the unrivaled King of Country Music, George Strait, will return to the Live Music Capital for the inauguration of the much-anticipated world-class venue, Moody Center, on April 29, 2022.

Jeff Nickler, general manager of Moody Center states, “While planning our grand opening celebration, we knew we had an obligation to pay homage to Lone Star State. George, Willie and Randy are all Texas natives who have built legendary careers while having an unbelievable impact on the country music industry. It doesn’t get any bigger than this.”

The Grand Opening Celebration of Moody Center will offer a rare opportunity for fans to see icons Strait and Nelson share a stage for only the second time in their storied careers. In addition to being a part of the new 15,000-seat music venue debut, the crowd will also be tipping their hat to Nelson, who turns 89 years old the night of the show.

“I’m so glad I’ll get to ‘sing one with Willie’ and I can’t think of a better place to do it than Austin, Texas,” shares Strait. “Willie is an incredible musician and an even better person, so I know this will be a great night together along with our friends from Randy Rogers Band.”

Strait has sold more than 84 million albums and counting while earning more than 60 major entertainment industry awards. With 33 different Platinum or multi-Platinum albums, he’s earned the third-most certifications of any artist in any genre, following only The Beatles and Elvis Presley.

Willie Nelson is synonymous to Texas and American music. He is a living legend with over seven decades producing an array of classic country to gospel-flavored songs performed by Willie’s Family Band.

For the health and safety of everyone attending the ‘Strait from Moody Center’ Grand Opening Celebration Presented by Bud Light, the show will abide by local laws, guidance from public health authorities and venue COVID-19 policies. Enhanced health and safety policies may be put into place at any time at the discretion of the venue or show. For the most current COVID-19 information relating to the Moody Center Grand Opening Celebration, please visit MoodyCenterATX.com.

About George Strait
George Strait is the unambiguous King of Country Music, having sold more than 84 million albums and counting while earning more than 60 major entertainment industry awards as well as countless nominations and becoming the only act in history to have a Top 10 hit every year for over three decades. With 33 different Platinum or multi-Platinum albums, he’s earned the third-most certifications of any artist in any genre, following only The Beatles and Elvis Presley, and with a total of 60, Strait has more No. 1 songs than any other artist in history (including Elvis). Most recently, the Texas troubadour released 2019’s best-sellingCountry album, Honky Tonk Time Machine, on MCA Nashville which quickly became Strait’s record-extending 27th No. 1 Billboard Country album and earned his 100th entry on the Billboard Country Airplay chart with his latest single from the project, “The Weight of the Badge.”

Since his record-breaking Cowboy Rides Away Tour in 2014, the Country Music Hall of Fame member has performed for limited engagements, including three sold-out performances at the top of 2020, first with “Visit Wichita Presents Strait to Oz” at INTRUST Bank Arena, then back-to-back nights of “Strait to the Heartland” at Kansas City’s Sprint Center. In 2021, he returns to T-Mobile Arena for additional installments of his long running “Strait to Vegas” series throughout the year and recently headlined the Austin City Limits Music Festival. Strait will also play select venues across the country in November – Atlanta’s Mercedes Benz-Stadium for the ATLive festival, plus Evansville’s Ford Center and Minneapolis’ U.S. Bank Stadium – before kicking off 2022 with his 31st appearance at the iconic Houston Rodeo, where he will headline the event’s final night, as well as a “Strait to the Natural State” show at Little Rock’s Simmons Bank Arena in March and the grand opening of Austin’s Moody Center in April.

About Willie Nelson
In recent years, he has delivered more than a dozen new albums, released a Top 10 New York Times' bestsellers book, again headlined Farm Aid, an event he co-founded in 1985, been honored by the Library of Congress with their Gershwin Prize for Popular Song, received his 5th degree black belt in Gong Kwon Yu Sul, headlined the annual Luck Reunion food and music festival during SXSW, launched his cannabis companies Willie's Reserve and Willie's Remedy, and graced the covers of Rolling Stone and AARP The Magazine. In July 2020, Willie released his album First Rose of Spring - an atmospheric soulful showcase of beautifully- written songs and poignant performances. September 2020 brought a memoir with his sister and pianist Bobbie Nelson titled, Me and Sister Bobbie: True Tales of The Family Band. For 2021, he released a new studio album in February —That's Life, Willie's second album of standards and classics made famous by Frank Sinatra (his first, 2018’s My Way, earned Willie the Grammy for Best Traditional Pop Solo Album). The two legends were friends, musical colleagues, and mutual admirers of each other's work. In June 2021, a collection of his thoughts on America, family, faith and music hits shelves as a new book titled Willie Nelson’s Letters to America. And coming in November 2021, Nelson will release another new studio album, The Willie Nelson Family, a collection of country gospel-flavored songs performed by Willie’s Family Band. These creative endeavors as well as new songs and performances that add to his classic catalog, find Willie Nelson rolling at an artistic peak, writing and singing and playing with the seasoned wit and wisdom that comes from the road.

About Randy Rogers Band
In a business where bands come and go and membership is often a revolving door, the Randy Rogers Band has been together for more than 17 years. “Just like any other relationship, you have to pick your battles and have respect for each other,” Rogers says. “None of us know how to do anything else. This is our livelihood. It’s how we take care of our families. Years ago when we were really struggling and wondering how we were going to make it, there were some deep and emotional conversations that we all had with each other about if this is really what we all wanted and the decision was made a long time ago. The answer was yes then and the answer is still yes now.  It’s something we all believe in. This is our life’s work.” The culmination of their musical journey thus far can be heard on Hellbent.