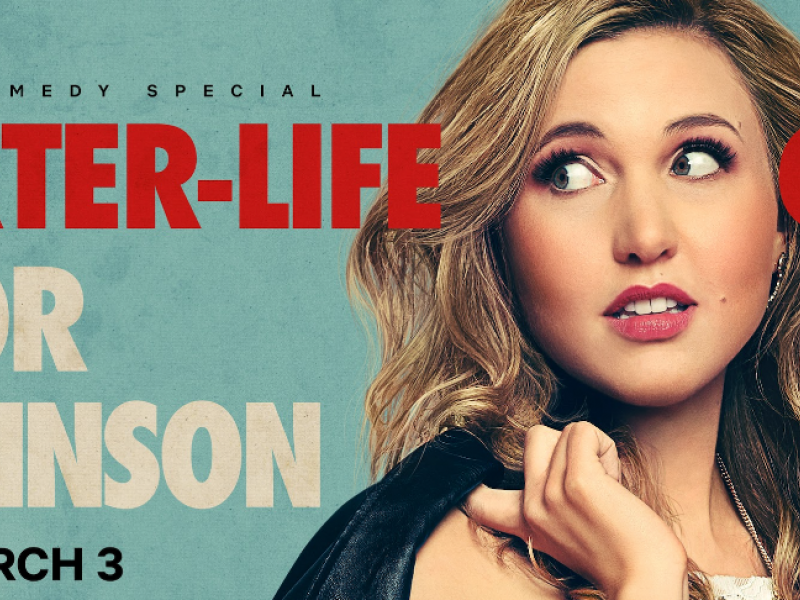 Now halfway through her twenties, Taylor Tomlinson is ready to leave her mistakes behind her. Following her Netflix debut on The Comedy Lineup Part 1 (2018), Taylor divulges the lessons she's learned in her first hour-long comedy special, Taylor Tomlinson: Quarter-Life Crisis. Premiering globally on March 3, Taylor talks about working on yourself, realistic relationship goals, and why your twenties are not actually “the best years of your life.”

We kindly ask you to include netflix.com/TaylorTomlinsonQuarterLifeCrisis in your coverage.

At twenty-six Taylor Tomlinson has been honing her craft for more than a decade. The California native began doing standup at 16 after taking a class with her dad––and she never stopped. Now in her mid-twenties, the comedian is sharing the lessons she's learned in her first hour-long comedy special, “Taylor Tomlinson: Quarter-Life Crisis.” With the global premiere on Netflix March 3, Tomlinson will add another bullet to her already impressive comedic resume. Performances on “The Tonight Show Starring Jimmy Fallon,” “CONAN,” Comedy Central's “Adam Devine's House Party,” and Netflix’s “The Comedy Lineup,” a top-ten finish in season 9 of NBC’s “Last Comic Standing,” as well as regular appearances on “What Just Happened??! with Fred Savage,” have all endeared Tomlinson to a national audience. Variety Magazine named her one of the Top 10 Comics to Watch at the Just for Laughs Festival and she has spent much of the last year filling clubs across the country on her own headlining tour. Along with Delanie Fischer and Kelsey Cook, Tomlinson also co-hosts “Self-Helpless,” an iTunes Top 100 podcast that combines hilarious send-ups of self-help books, trends, and more with genuine explorations and buy-in from the hosts. For more on Tomlinson including upcoming tour dates, visit ttomcomedy.com or follow her on Facebook @TaylorTomlinsonComedy and on Instagram and Twitter @taylortomlinson.