NETFLIX ANNOUNCES "SEBASTIAN MANISCALCO: IS IT ME?" 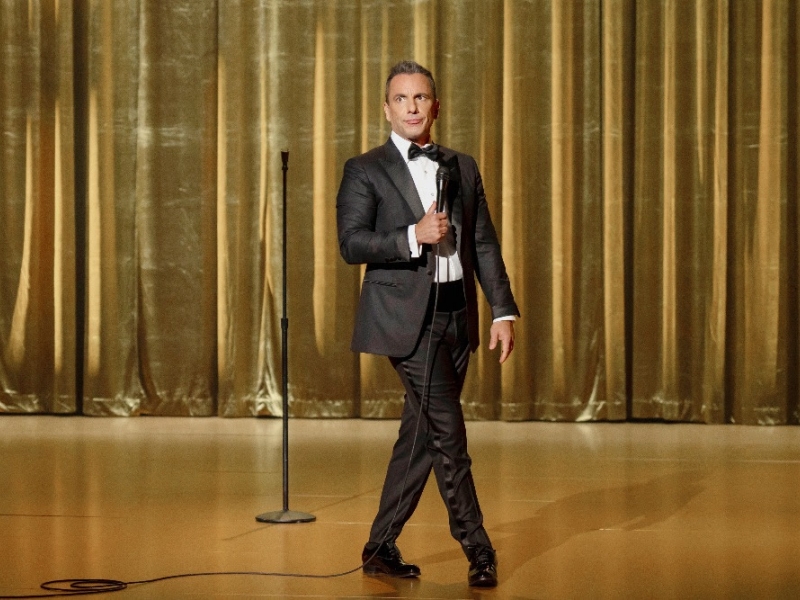 Directed by Peter Segal (Tommy Boy, 50 First Dates, The Longest Yard) and produced by Triage Entertainment, Is It Me? was taped during Maniscalco’s residency at the Wynn Las Vegas.

Channeling a 60’s rat pack vibe under the lights of Las Vegas, Sebastian Maniscalco brings his signature comedy style to Sin City and goes all in for his newest special. The Chicago native gives his hilarious takes on his wife’s restaurant etiquette, the harsh realities of present-day preschool and examines everyday human behavior which forces him to beg the question, is it just me?

This marks Maniscalco’s fourth special with Netflix following What’s Wrong With People?, Why Would You Do That? and Stay Hungry.

About Sebastian Maniscalco
Actor, writer, comedian and family man, Sebastian Maniscalco has reached heights few artists have ever dreamed. With a slew of national tours including a record-breaking run of four sold-out arena shows across the New York/New Jersey area, the beloved comedian continues to astonish crowds with his laugh-out-loud observational humor and electrifying physical comedy. His unbiased perspective and commentary on family, social habits and pop culture transcends age and gender for a multigenerational experience enjoyed by all. Often joking about the “joys” of fatherhood and the bond with his own dad, the relationship is epitomized in the soon to be released (Memorial Weekend 2023) Lionsgate feature film, About My Father, seeing Maniscalco reunite with screen legend Robert DeNiro.

Also a major topic in his comedy, Maniscalco’s Italian heritage is on full display in the film as with previous credits like Martin Scorcese’s The Irishman and the Oscar winning Green Book. He now brings his unique observational comedy to the silver screen with the recently announce How To Be A Bookie for HBOmax. The show from Maniscalco and legendary producer Chuck Lorre combine to tell the story of a veteran bookie struggling to survive the impending legalization of sports gambling, and the ever-changing culture that bounces him around every corner of Los Angeles, high and low. Maniscalco is married to artist Lana Gomez and has two kids; a daughter, Serafina and a son, Caruso. Sebastianlive.com for more information.