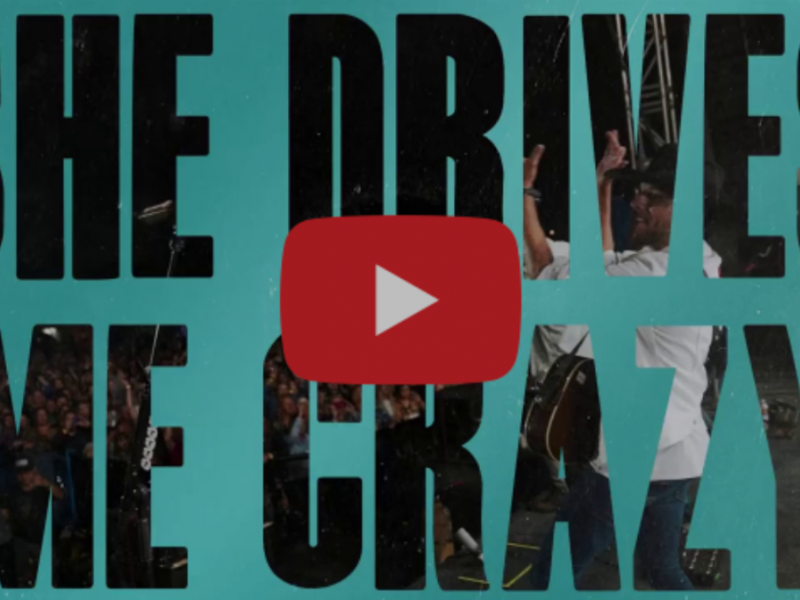 After recording the track with co-writers Emma-Lee and Karen Kosowski, Kissel left the studio in late 2019 and made his way to the Thompson Hotel in the Gulch.  It turned out to be one of those “right place, right time, right song” situations as he literally bumped into Nelly, whom he had met a couple times through the years. Over drinks, Kissel mentioned collaborating on the song, and later texted it to the GRAMMY-winning St. Louis rapper, who quickly agreed to be a part of it.

Available now on all platforms, the update of Kissel’s “She Drives Me Crazy” featuring Nelly was mixed by DJ dnd, giving the Canadian gold-certified single new life after being released in February 2020 from his Canadian Country Music Association (CCMA) Album of the Year Now or Never. Listen HERE.

“This collab on ‘She Drives Me Crazy’ with a true mega-star, Nelly, is unbelievable. It's funny how things work out. We had Nelly at the top of the list for this song, and it's as if the stars aligned for us. One minute we're outside of a hotel in Nashville, and Nelly rolls up out of the blue. We strike up a conversation, which leads to dinner and then drinks, and just like that, Nelly jumps into the project. It's an amazing story and an amazing track!”

“If you thought ‘She Drives Me Crazy’ was a party song before, this remix with Nelly is going to knock you out!” Kissel continues enthusiastically.

Kissel— with 18 CCMA Awards, 10 Gold and Platinum singles and two Gold albums in his native Canada and 32 million streams of his recent independent release “Drink About Me” in the U.S. (also off Now or Never) —is bringing his exciting brand of country music to the American market, and featuring his friend Nelly on this remix is just another way to amp things up.

Mickey Jack Cones, president and COO of Verge Records, recently announced that Kissel had signed with the label, an in-house imprint of global music company ONErpm. “Kissel is a smooth singer, gifted writer and an incredible performer. He has proven that he can build a fanbase in Canada and the States. Releasing this remix with Nelly is a unique way to introduce him to a broader American audience,” commented Cones.

Kissel grew up on a cattle ranch in northeastern Alberta, Canada. In 1997, when he was just 7 years old, his grandmother bought him a $69 guitar for Christmas from the Sears Roebuck catalog because she saw “music in him.” In between his ranch chores, he learned to play on that guitar by listening to legendary country artists like Marty Robbins, Johnny Cash and Merle Haggard, though he didn’t know at the time that they were considered “traditional.” Within a few years, he was performing across Canada, playing the classic country he loved and weaving in a few self-penned songs.

Releasing his first album at age 12, country music came naturally to the young performer, and a loyal fan base grew quickly. As a teenager, Kissel started making regular trips to Nashville while continuing to tour above the border. In late 2012, he landed a publishing and co-management deal with veteran Nashville manager Bob Doyle/Major Bob Music and Canadian manager Louis O’Reilly.

By 2013, Kissel had inked a record deal with Warner Music Canada and went on to release four albums, earning numerous Canadian Country Music Association awards (CCMA) and Juno awards along the way, a trend that continued at the 2020 CCMA’s, when Kissel won four more awards, including his third win for the Fans’ Choice Award, as well as wins for Album of the Year (Now or Never) and the coveted Male Artist of the Year.

Last fall, Kissel released his first American country radio single, the aforementioned “Drink About Me,” and caught the ear of Cones and Verge Records. His latest single, “A Few Good Stories,” (also off Now or Never) was released Sept. 11.

Amid his recent accolades, Kissel is riding high. “I’ve dreamt of this moment for a long time,” he says a bit wistfully. “Even though 2020 has brought so much challenge and uncertainty, my music continues to be about positivity, family and tradition. I’m so pleased to share these themes in my music with American country fans, especially at this moment in time.”