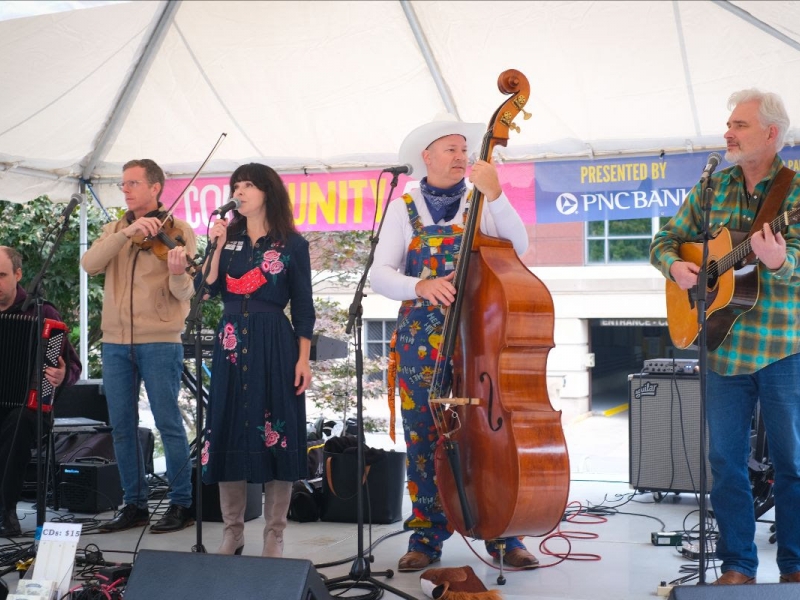 Presented by PNC Bank and supporting partners Hiller and Farm Bureau Health Plans, guests from across the state enjoyed self-guided tours of the “Mother Church” as well as family-friendly activities and live music on the PNC Plaza at the Ryman featuring performances from 50 Shades of Hay, Jason Eskridge, The Carmonas and Bentley Caldwell.

Tours also included a stop in the state-of-the-art Soul of Nashville experience and four additional star-studded exhibitions: Workin’ on a Building, Roots Run Deep, Showplace of the South and Ryman Renaissance as well as newly added artifacts from Country Music Hall of Fame member Alan Jackson from his 2006 taping of Precious Memories at the Ryman. Fans were also able to jump on stage and have their picture taken where so many legends have stood before them.

Next weekend, Ryman Auditorium will get into the Halloween spirit with The Haunted History Tour, a unique experience exploring the untold history behind unexplained sightings and occurrences reported at the Ryman throughout its 128-year history. On Oct. 30-31 from 7 p.m. – 11 p.m., tours will run every 15 minutes with groups limited to 10 people. Tickets are priced at $40 and are available for purchase today at ryman.com.

About Ryman Auditorium
A National Historic Landmark, Ryman Auditorium was built by Captain Thomas G. Ryman in 1892. Ryman Auditorium is a 12-time winner of the prestigious Pollstar Theatre of the Year award. The historic venue is well-known as the Mother Church of Country Music and is the most famous former home of Grand Ole Opry (1943-1974). The Ryman has been featured in numerous film and television projects including Coal Miner’s Daughter, The Johnny Cash Show, American Idol, Nashville, and more. While offering a diverse lineup and thriving concert schedule (with over 200 shows per year), the venue is also open for daytime tours year-round. A coveted under-play for many, her iconic stage has seen the likes of Bruce Springsteen, Mumford and Sons, and Tom Petty in recent years. Ryman Auditorium is owned by Ryman Hospitality Properties, Inc. (NYSE: RHP), a Nashville-based REIT that also owns and operates the Grand Ole Opry, 650 AM WSM and Ole Red. For more information, visit www.ryman.com.