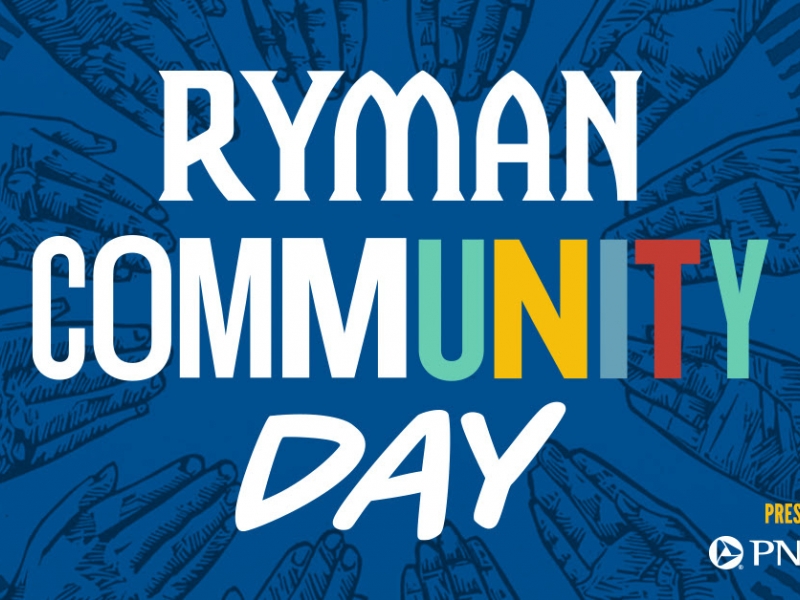 NASHVILLE, Tenn. – Nashville’s Ryman Auditorium today announced its annual Ryman Community Daypresented by PNC Bank will take place Sun., May 29, a day when Tennessee residents are invited to experience the Ryman’s daytime tour experience free of charge. This year’s event is set to be the biggest Ryman Community Day yet, in celebration of the historic venue’s 130th anniversary.

Presented by PNC Bank and supporting partners Farm Bureau Health Plan, Mid-South Ford Dealers, Hiller and Kroger, complimentary self-guided tours will be available from 9:00 a.m.-4:00 p.m. with the presentation of a valid Tennessee state ID at the Ryman box office. The first 300 guests will also receive free admission to the National Museum of African American Music, located across the street from the Ryman.

Outside the Ryman, PNC Plaza at Ryman Auditorium will be transformed into an outdoor festival offering free live music all day long and family-friendly activities, including balloon animals, face painting, caricatures and an instrument petting zoo provided by the Nashville Symphony. Additionally, Hatch Show Print will be onsite to help guests create their own do-it-yourself prints in celebration of the Ryman’s 130th anniversary.

“Ryman Community Day presented by PNC Bank is about bringing people together and making this legendary venue accessible to all,” said Mike Johnson, PNC regional president for Tennessee. “We look forward to welcoming visitors as we celebrate the power of music, the vibrancy of our region and the cultural gem we have in the Ryman.”

Tours of the Ryman begin with a stop in the state-of-the-art Soul of Nashville experience. The film puts the audience at the center of the Ryman’s fascinating history as more than a century of iconic performances comes to life on all sides of the room. The dramatic story of the building’s near demolition and rebirth culminates with a new collaboration featuring Darius Rucker, The Fisk Jubilee Singers, Sheryl Crow and Vince Gill. Once Soul of Nashville has introduced the Ryman story, visitors can explore the auditorium and enjoy the exhibits.

Once inside the Ryman, guests will see genuine artifacts and enjoy videos that highlight each chapter of the Ryman’s illustrious history, hosted by Sheryl Crow, Marty Stuart, Nicole Kidman, Ricky Skaggs, Robin Roberts and Trisha Yearwood. Fans also will be able to have their pictures taken onstage, where so many legends have stood before them.

About Ryman Auditorium
A National Historic Landmark, Ryman Auditorium was built by Captain Thomas G. Ryman in 1892 as the Union Gospel Tabernacle. A 13-time winner of the prestigious Pollstar Theatre of the Year award, the historic venue is well-known as the Mother Church of Country Music and is the most famous former home of the Grand Ole Opry (1943-1974). Since the first concert on May 4, 1892, the Ryman has celebrated an array of entertainment acts and all genres of music on its hallowed stage – from magician Harry Houdini to comic actor Charlie Chaplin and former president Theodore Roosevelt to civil rights leader Martin Luther King Jr., plus music icons from all genres including Johnny Cash, Patsy Cline, B.B. King, Sheryl Crow, Garth Brooks, Lizzo and Harry Styles. The Ryman’s thriving concert schedule hosts more than 200 shows per year, and the venue is open for daytime tours year-round. The Ryman has also been featured in numerous film and television projects including Coal Miner’s Daughter, The Johnny Cash Show, American Idol, Nashville and more. Ryman Auditorium is owned by Ryman Hospitality Properties, Inc. (NYSE: RHP), a Nashville-based REIT that also owns and operates the Grand Ole Opry, 650 AM WSM and Ole Red. For more information, visit ryman.com.

About PNC Bank
PNC Bank, National Association, is a member of The PNC Financial Services Group, Inc. (NYSE: PNC). PNC is one of the largest diversified financial services institutions in the United States, organized around its customers and communities for strong relationships and local delivery of retail and business banking including a full range of lending products; specialized services for corporations and government entities, including corporate banking, real estate finance and asset-based lending; wealth management and asset management. For information about PNC, visit www.pnc.com.