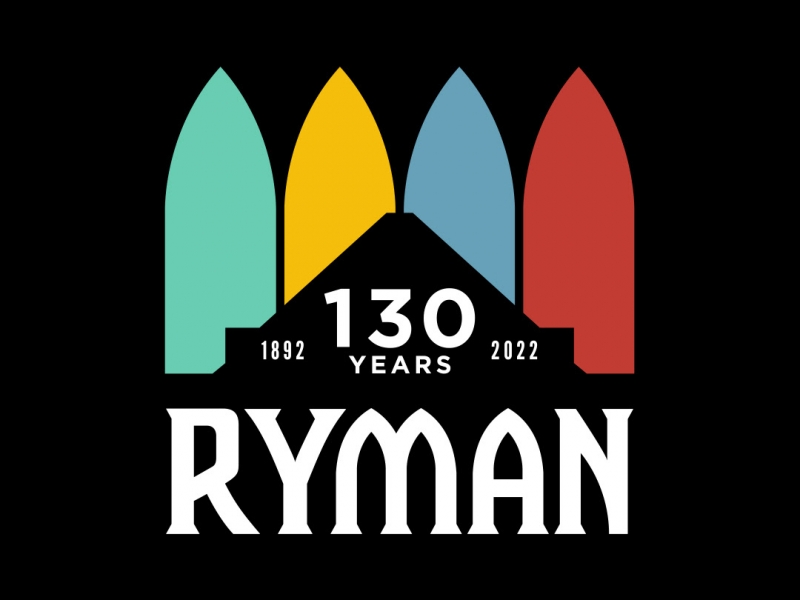 NASHVILLE, Tenn. – Nashville’s historic Ryman Auditorium has announced it will celebrate its 130th anniversary with a year-long celebration of the Ryman’s storied history. The Ryman will mark the milestone with more concerts and residencies this year than ever before, in addition to special community events, daytime tour enhancements and more, throughout 2022.

The Ryman’s 130th anniversary events and performances include a special Ryman Community Day in May, an increase in pre-show and daytime events on PNC Plaza, new tour enhancements and highly anticipated residencies with artists like Dwight Yoakam (Jan. 19-21), Tedeschi Trucks Band (Feb. 22, 23, 25, 26) and Billy Strings (May 6-8), with more to be announced. Other previously announced artists scheduled to perform as part of the historic milestone include Trace Adkins, The Beach Boys, Black Pumas, Gladys Knight, Bonnie Raitt, Yola and more. Tickets are on sale now at ryman.com.

The Ryman is giving away 130 concert tickets throughout the year, starting this week with Yoakam’s Jan. 21 show. Follow the Ryman’s social channels on Facebook, Twitter and Instagram for more information on the monthly giveaways and how to enter.

Since the first concert on May 4, 1892, the Ryman has celebrated an array of entertainment acts and all genres of music on its hallowed stage – from magician Harry Houdini to comic actor Charlie Chaplin and former president Theodore Roosevelt to civil rights leader Martin Luther King Jr., plus music icons from all genres including Johnny Cash, Patsy Cline, B.B. King, Sheryl Crow, Garth Brooks, Lizzo and Harry Styles. The venue’s thriving concert schedule hosts more than 200 shows per year, grossing over $10 million in 2021 with 185,821 tickets sold, ranking as the No. 1 theater for concert ticket sales worldwide in Pollstar’s End of Year Sales Report.

For more information on the Ryman’s 130th anniversary and new announcements, visit ryman.com/ryman-130-celebration.

Due to the recent rise in COVID-19 cases, the Ryman strongly encourages masks, regardless of vaccination status. Masks are available for any guests that request them. For evening concerts, safety protocols may vary based on individual artist requests and listed on ryman.com.

About Ryman Auditorium
A National Historic Landmark, Ryman Auditorium was built by Captain Thomas G. Ryman in 1892 as the Union Gospel Tabernacle. A 12-time winner of the prestigious Pollstar Theatre of the Year award, the historic venue is well-known as the Mother Church of Country Music and is the most famous former home of the Grand Ole Opry (1943-1974). The Ryman has been featured in numerous film and television projects including Coal Miner’s Daughter, The Johnny Cash Show, American Idol, Nashville and more. While offering a diverse lineup and thriving concert schedule (with over 200 shows per year), the venue is also open for daytime tours year-round. A coveted underplay for many, her iconic stage has seen the likes of Bruce Springsteen, Lizzo, Mumford and Sons, Garth Brooks, Foo Fighters, Wu Tang Clan, Coldplay, Michelle Obama and Little Big Town in recent years. Ryman Auditorium is owned by Ryman Hospitality Properties, Inc. (NYSE: RHP), a Nashville-based REIT that also owns and operates the Grand Ole Opry, 650 AM WSM and Ole Red. For more information, visit ryman.com.