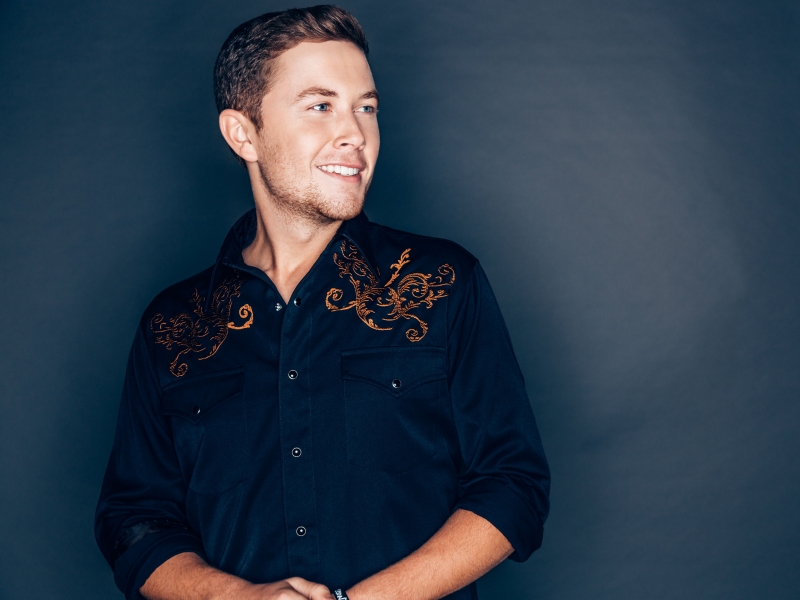 NASHVILLE, Tenn. – Multi-Platinum-selling country music entertainer Scotty McCreery has signed with Triple 8 Management for representation. Triple 8 will manage the ACM, BMI and CMT Award-winning singer/songwriter, who has sold nearly 3 million albums and made history as both the first country artist and the youngest male artist to debut his first studio album, the Platinum-certified Clear As Day, at No. 1 on the all-genre Billboard Top 200 album chart.

McCreery continues to be represented for bookings by WME.

About Scotty McCreery
After winning “American Idol” in 2011, Scotty McCreery made history as both the first country artist and the youngest male artist to debut his first studio album, the Platinum-certified Clear As Day, at No. 1 on the all-genre Billboard Top 200 album chart.  The North Carolina native has gone on to see all three of his albums debut at No. 1 on a Billboard album chart, with current sales nearing 3 million copies. In addition to receiving both a Platinum and Gold album, he’s earned one Gold single and three Platinum singles, and achieved two Top Ten hits with “Feelin’ It” and “See You Tonight.” The latter song earned McCreery both his first BMI Award for writing one of the Top 50 Country Songs of 2015 and his first Music Row No. 1 Challenge Coin.  He was named the ACM New Artist of the Year Award in 2011, and won the CMT Music Award for Breakthrough Video of the Year (“The Trouble With Girls”) in 2012; American Country Awards for new Artist of the Year in 2011 and Breakthrough Artist of the Year in 2013; and Inspirational Country Music Award for Mainstream Country Male Artist of the Year in 2013.  The readers of the Los Angeles Times voted him the “Best American Idol” in February 2016, while the readers of Nash Country Weekly Magazine ranked him as both Country Music’s Sexiest Man and Country Music’s Hottest Bachelor.  A crowd favorite, he has toured with Brad Paisley, Rascal Flatts and on his own. McCreery released his first book, Go Big or Go Home: The Journey Toward the Dream, earlier this year.  For more information, visit www.ScottyMcCreery.com.

About Scott Stem
An industry veteran, Scott Stem spent more than three years as a publicist at Essential Broadcast Media where he also worked on projects for Eric Church, Brandy Clark, Courtney Cole, Cracker Barrel Old Country Store’s exclusive music program, Kellie Pickler, Josh Turner and Steve Wariner in addition to McCreery. Prior to that, he spent 10 years overseeing publicity and media relations for the Country Music Association and all its national television programs and events including the CMA Awards and CMA Music Festival. Previously, Stem ran his own PR firm where he handled Ty England and Peter Frampton, among others; worked publicity at Force Ink on projects for Alan Jackson, Brad Paisley, Travis Tritt and Trisha Yearwood; and served as Vice President, Publicity for Capitol Records Nashville. He began his career with an 11-year run as a publicist for Garth Brooks, working closely with managers Bob Doyle and Pam Lewis.

About Triple 8 Management
Founded on 08/08/08, Triple 8 Management partners George Couri and Bruce Kalmick have since grown their operations to encompass a 30+ full-time staff with offices in both Nashville, Tenn. and Austin, Texas. Designed to have a highly-favorable manager-to-artist ratio, Triple 8 has a dedicated 13-person staff overseeing marketing in each of the following departments: radio promotion, tour marketing, general marketing, branding, merchandising and digital strategy.

Recent Triple 8 milestones include 10 No. 1 songs across multiple artists at Country radio, three chart-topping Billboard album debuts, major award nominations and award wins from the ACMs, CMAs, CMTs and GRAMMYs. Additionally, Triple 8 has marketed and released multiple album launches resulting in more than 2 million in album sales as well as creating numerous multi-million dollar touring enterprises for brand new artists—having done so both with and without significant radio airplay.