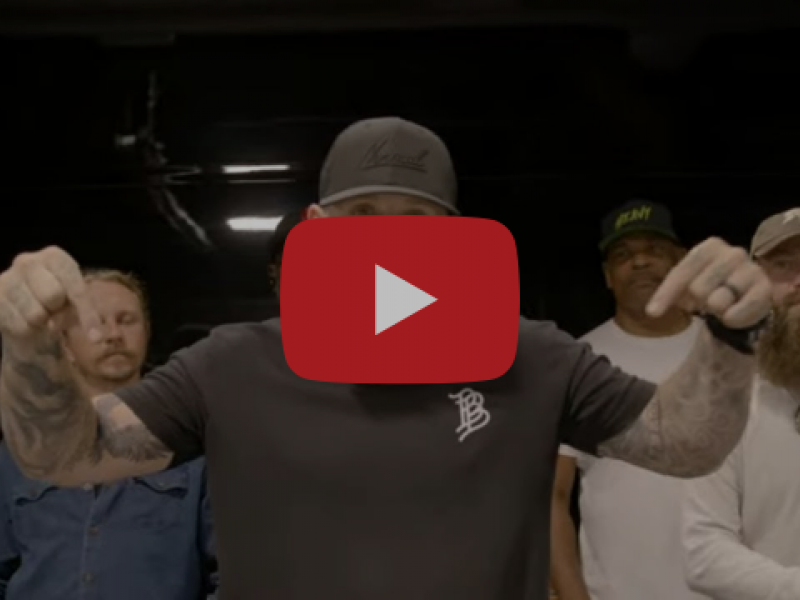 MAYSVILLE, Ga. – Multi-Platinum hard-rocking country singer-songwriter Brantley Gilbert plans to close out 2020 with a bang with the announcement of his exclusive end-of-year livestream, partnered with nugs.net, from his home in Georgia on Wednesday, Dec. 30 at 8 p.m. CT, featuring segments with a full band, stripped down hits and an intimate acoustic set. Emmy-award winning production company 7 Cinematics, the foremost producer of live-music broadcasts and cinematic video streams, will be producing the livestream.

“We know that this year has been tough for everyone, and we couldn’t think of a better way to wrap it up than doing what we do best,” shares Gilbert. “We wish we could be back out on the road with BG Nation in person but connecting with ya’ll through this livestream is the next best thing. So come have some fun with us on Dec. 30!”

“At nugs.net, we are focused on one thing: live music,” shares Founder and CEO Brad Serling. “Although touring is still on hold, this pandemic can't stop must-see performances from great artists. That’s why we're excited to partner with Brantley Gilbert for a webcast that will be a perfect springboard into the new year for all of his fans who missed seeing him perform in 2020.”

Gilbert will give fans an inside look at what it’s like to hang with the man himself, giving the livestream a personal feel in between performances as he explores his newly renovated garage – deemed the Dawg House – filled with arcade games, cars and motorcycles, and interacts with his bandmates and friends.

With touring on hold, Gilbert has spent his time at home renovating his garage, now the Dawg House, and shared an exclusive first look with PEOPLE. A married father of two, Gilbert needed a space to write and record, as well as a place to unwind with his bandmates and crew.

“Everybody that comes in here says it's 100 percent me, but I didn't do it alone,” Gilbert shared with PEOPLE. “When the COVID thing hit, it made me realize how much of a family my guys and I really are. That brotherhood is a huge part of who we are and our life. I know for certain on my end, I was missing those guys, just that camaraderie and working toward a common goal together.”
In October, the Georgia-native released Fire & Brimstone (Deluxe Edition) nearly one year since the release of his fifth studio album, featuring two new songs, including latest single “Hard Days,” currently making its way up the charts, and “Old Friends,” a somber, reflective ballad written after the passing of Gilbert’s longtime friend and crewmember Al Ditch.

Fire & Brimstone explores love and family, redemption and life in a small town, with all 15 tracks written or co-written by Gilbert. Lead single “What Happens In A Small Town” featuring Lindsay Ell marked his fifth No. 1 as an artist, seventh No. 1 as a songwriter and earned nominations for the 2019 CMA Award for Musical Event of the Year and 2020 ACM Award for Music Event of the Year.

Tickets are priced at $14.99 and available now via nugs.tv at the link: 2nu.gs/Brantley.

About nugs.net
Founded in 1997 as a fan site for downloading live music, nugs.net has evolved into the leading source for official live music from the largest touring artists in the world. Metallica, Pearl Jam, Phish, Jack White, Red Hot Chili Peppers, Bruce Springsteen and many others distribute recordings of every concert they play through nugs.net. The platform offers downloads, CDs, webcasts, and the only streaming service dedicated to live music, delivering exclusive live content to millions of fans daily.  A purveyor of webcasting live shows to people’s screens at home, the COVID-19 pandemic has made nugs.net a partner of choice for hundreds of artists and over 800 shows since touring halted. A 30-day free trial of nugs.net is available to enjoy on iOS, Android, AppleTV, Sonos, BluOS, and Desktop.

About 7 Cinematics
7 Cinematics is a three-time Emmy Award-winning production company known for producing the world's foremost live-music broadcasts and video streams. With hundreds of live shows produced to date, the company has redefined an industry, by creating and producing groundbreaking broadcasts, including The Red Hot Chili Peppers Live from the Great Pyramids, Kayne West's Sunday Service, The Brothers 50 at Madison Square Garden, The Raconteurs (Jack White) Live at the Ryman Auditorium, Dead and Company Live at Folsom Field. The company's work has aired on NBC, Direct TV, PBS, CBS, Netflix, YouTube, and other streaming platforms. Headquartered in Greensboro, North Carolina, the company also has studios in Nashville and Los Angeles.