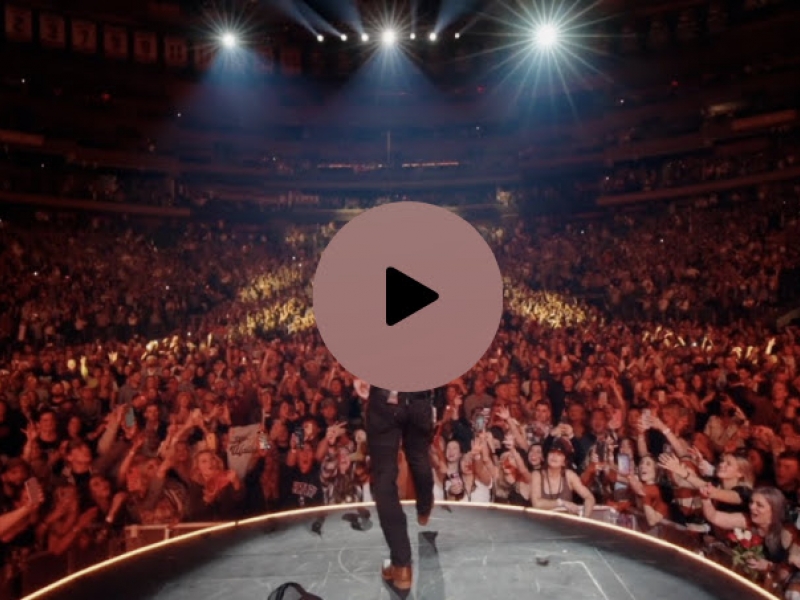 “I grew up playing baseball… spending more nights than I can count on fields in East Tennessee, it’s a special moment to be back on the field but doing my thing with my band,” Wallen shares of his first-ever stadium show taking place at Globe Life Field, home to the Texas Rangers.

“I’m spending the year touring with one of my best friends, and I couldn’t complete the year without him on the bill,” Wallen adds, referring to ACM Songwriter of the Year HARDY. “To finish the year with HARDY along with Mike and Jake, it’s going to be a special night.”

Pollstar opines Academy of Country Music’s 2022 Songwriter of the Year HARDY “understands the zeitgeist, the culture and how to fashion hooks to win.” And with seven #1 songs that landing on the Texas Music charts, Ryan’s third, full-length studio album, Blink You’ll Miss It, saw the San Antonian celebrating a top 15 debut on Billboard’s Heatseekers Albums chart and Top 40 on the Independent Albums chart. A La Porte, Texas native, Worthington brings a lot of life and red dirt country to the line-up.

“Fans have shown up in ways I never dreamt,” Wallen adds. “Because of them, and because of the faith and support a lot of folks have had in me over the years, we’re gonna get to do this Texas.”

Alternative dates are available for the Morgan Wallen concert at Globe Life Field should the MLB postseason interfere with the originally scheduled date. Live Nation will work together with REV Entertainment and the Texas Rangers to find a mutually agreed upon date.

ABOUT MORGAN WALLENThe New Yorker dubbed Morgan Wallen “the most wanted man in country” in part due to the CMA Award Winner’s 9 billion on-demand streams, multi-platinum certifications and four consecutive chart-toppers, and in part due to his flyover appeal: “Bruce Springsteen meets Larry the Cable Guy.” The critically-acclaimed follow-up to his Double Platinum breakout If I Know Me, Dangerous: The Double Album (Big Loud/Republic Records), topped 2021’s all-genre Billboard 200 Albums year-end chart with 4.1 million units sold and sparked an in-demand 58-show THE DANGEROUS TOUR in 2022 that kicked off this February and sees the “Up Down” (2017), “Whiskey Glasses” (2018), “Chasin’ You” (2019), “More Than My Hometown” (2020), “7 Summers” (2020, named one of Time Magazine’s Best Songs of the Year) and “Sand In My Boots” singer playing two nights at Madison Square Garden and three nights at Bridgestone Arena. Working outside the traditional Nashville mainframe with producer Joey Moi, Hits Magazine notes, “Wallen continually colors outside the lines,” adding, in turn “he’s connected to his fans in ways unprecedented for a country star.” With over 800k tickets already sold for 2022 just 13-shows in, $3 from every ticket sold benefits the songwriter from East Tennessee’s More Than My Hometown Foundation.

ABOUT HARDY
Big Loud Records’ booming upstart HARDY broke new ground with his critically acclaimed 2020 debut album, A ROCK, “an album that owes as much to AC/DC as George Jones” and “one of the most self-assured full-length debut albums in years” (Billboard). The project joins countrified mixtape HIXTAPE VOL. 1 and most-recent HIXTAPE VOL. 2, as well as career-launching EPs THIS OLE BOY and WHERE TO FIND ME. HARDY is the 2022 ACM Songwriter of the Year and the 2020 AIMP Songwriter of the Year, additionally nominated for New Artist of the Year at the 2021 CMA Awards. One of CRS’ 2021 New Faces of Country Music, a CMA Triple Play award recipient and a Vevo DSCVR artist, the pride of Philadelphia, MS has earned his reputation as "a breakout in the making" (HITS). HARDY has co-penned TEN #1 singles since 2018, including his own chart-topping, double platinum-certified single “ONE BEER” feat. Lauren Alaina + Devin Dawson. Current Top 15 hit “GIVE HEAVEN SOME HELL” is a hard-charged tribute to a fallen friend, the most-added single of the week at country radio upon launch. Serving as direct support on Morgan Wallen's Dangerous Tour now, HARDY has also opened for Jason Aldean, FGL, Chris Lane, Thomas Rhett, Cole Swindell and more.

ABOUT MIKE RYAN
Mike Ryan is a San Antonio, TX born singer/songwriter who has accumulated fans across the US and throughout the world with powerful, whiskey smooth vocals and well-crafted lyrics. His thoughtful writing style evokes emotion and plants the audience inside his songs. Mike has garnered an impressive 200 million career streams to date with 26 of his songs racking up over one million streams each and 13 of those with over 5 million streams. The emerging singer-songwriter’s music has been featured by Apple Music’s Breaking Country Playlist, Pandora’s Artist To Watch, SiriusXM “The Highway,” Austin City Limits, and he performed during a special broadcast live from the White House. With seven #1 songs that have landed on the Texas Music charts, the San Antonio native’s third, full-length studio album Blink You’ll Miss It also landed at #15 on Billboard’s Heatseekers Albums chart and Top 40 on Billboard’s Independent Albums chart. The thoughtful lyricist, vocalist, and guitarist co-wrote Brad Paisley’s Top 20 “Last Time For Everything.”

ABOUT JAKE WORTHINGTON
A La Porte, Texas native, Jake Worthington is a traditionally influenced country artist whose honky-tonk stylings first impressed fans as a finalist on NBC’s The Voice (2014). Following his time on the show, the singer-songwriter released a pair of EPs (2015’s Jake Worthington and 2017’s Hell of a Highway), which featured tracks like “How Do You Honky Tonk,” “Don’t Think Twice,” and “A Lot of Room to Talk,” tallying over eight million on-demand streams while the red dirt country star toured alongside Cody Johnson, Riley Green, Pat Green and more. Now signed to Big Loud Records, Worthington dropped HIXTAPE: Vol. 2 collaboration “Jonesin’” with Ronnie Dunn and Jake Owen as he gears up for his own full-length debut.