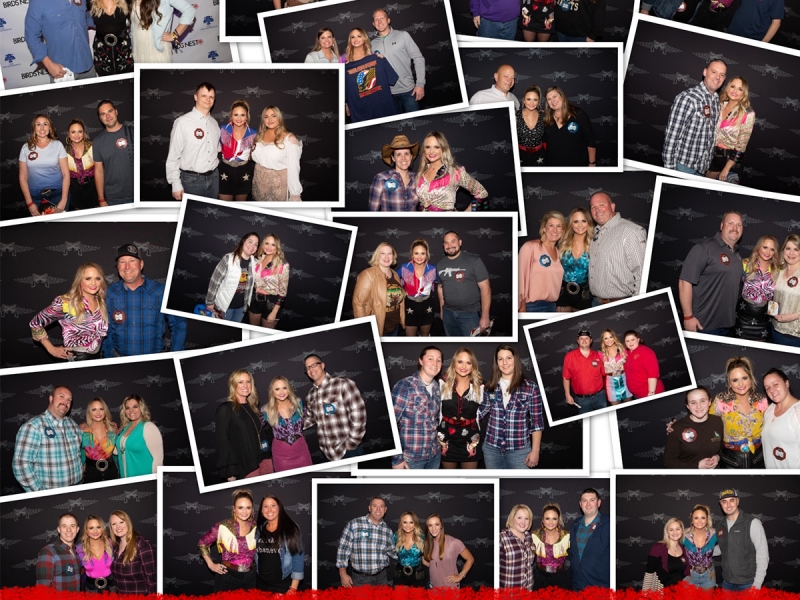 As Miranda Lambert wraps the initial U.S. leg of her Wildcard Tour, she is pausing to recognize the heroic first responders this tour has brought to her attention.

Having been inspired by Kelly Ford of WNSH New York, who routinely honors first responders on her morning show, Lambert invited radio listeners to nominate local heroes in each tour market. Selected honorees in turn received a pair of show tickets as well as the opportunity to meet Lambert ahead of her performance.

“It was an honor to meet some of the incredible first responders, the men and women across the country who have dedicated their lives to service and bravery to keep their communities safe,” shared Lambert. “Hearing each one of their unique stories was such an inspiration to me and my team.”

Recently nominated in three categories for the upcoming Academy of Country Music Awards (Female Artist, Album and Music Event of the Year), Lambert has wowed fans and critics alike with the first leg of the Wildcard Tour.

Billboard celebrated the tour’s Nashville stop for its “engaging set that spanned her massive catalog… and proved exactly why she’s one of the genre’s powerhouse acts,” while the Kansas City Star noted in Missouri that “Lambert still holds her status as queen of country music… [her] carefree nature and admirable expansive sound make her one of the most compelling country stars of the past 20 years” and the Dallas Observer praised her hometown show as “utterly transcendent.”

Lambert next travels to Australia to headline the CMC Rocks Festival in Queensland in addition to her own shows in Sydney and Melbourne, before returning to the U.S. for the Tortuga Music Festival and the continuation of her Wildcard Tour in April.

About Miranda Lambert
Vanner Records/RCA recording artist Miranda Lambert released her highly-anticipated new studio album Wildcard on Nov. 1, which includes the GRAMMY-nominated “It All Comes Out In The Wash” and her latest Country radio single, “Bluebird.” In January, Lambert embarked on her headlining Wildcard Tour with special guests Cody Johnson and LANCO.

The most decorated artist in the history of the Academy of Country Music, Lambert is the recipient of more than 70 prestigious awards and special honors: 34 ACM Awards (including 9 ACM Female Vocalist of the Year Awards, the ACM Gene Weed Milestone Award and the ACM Song of the Decade Award), 13 CMA Awards, 2 GRAMMY Awards, the Nashville Symphony’s Harmony Award, the Country Music Hall of Fame’s Artist in Residence and the RIAA’s 2019 Artist of the Year.

The celebrated singer/songwriter has released seven studio albums that all debuted at No. 1 on the Billboard Top Country Album Charts, including the critically-acclaimed Wildcard (2019), The Weight of These Wings (2016), Platinum (2014), Four The Record (2011), Revolution (2009), Crazy Ex-Girlfriend (2007) and Kerosene (2005). In addition, she has released three albums with her trio, Pistol Annies.

Lambert’s MuttNation Foundation, a 501c3 nonprofit, is celebrating its 10th Anniversary. Since its inception in 2009, MuttNation has raised over $3.9 million in support of its mission to promote the adoption of rescue pets, support animal shelters across the country, advance spay & neuter and assist with the transport of animals during times of natural disaster. www.muttnation.com.