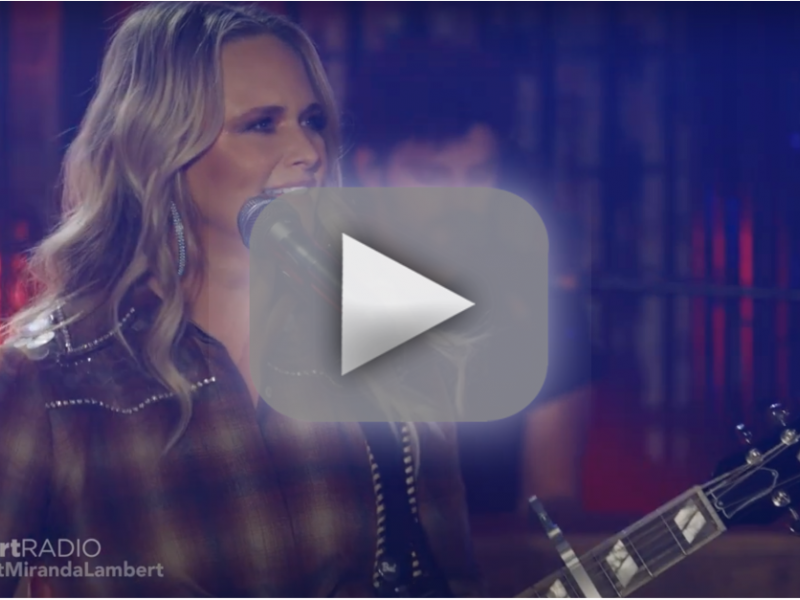 NASHVILLE, Tenn. – Reigning ACM Entertainer of the Year Miranda Lambert follows recent Top 10 single “If I Was A Cowboy,” the 15th of her career, as “Strange” impacts Country radio today, July 18. The anthem of timely encouragement serves as the second single off Lambert’s latest hit album, Palomino, already named one of the best of the year by TIME, Rolling Stone, Billboard, Stereogum and more.

Honored with the “Disc of the Day” award from MusicRow, Billboard notes of the single, “[Lambert’s] signature graceful-and-gritty vocals lead a balmy, anything goes vibe,” also calling Lambert’s delivery on her eighth studio album “pitch-perfect as she delivers some of her most on-point lyrics ever, laid over atmospheric melodies.”

Stereogum describes the track as “a bluesy ramble about treating yourself right in an uncertain moment” – a fitting description for a song written by Lambert together with Luke Dick and Natalie Hemby during the height of 2020:

“‘Strange’ is permission to just let go for a sec,” reflects Lambert. “We were really wanting the chorus to lift – literally and emotionally – and go into a happy place. It’s such a song for the time that we’re in right now, but it doesn’t feel like it won’t matter in 10 years, either.

“We couldn’t land on a bridge,” she adds of the writing process. “So, each one of us went and wrote a bridge on our own and came back and we ended up using lines from each person’s – so we cowrote that without even meaning to. It was pretty cool; everyone’s was different but when we took lines out of mine, Luke’s and Natalie’s it all fit together.”

The new single is the latest offering from the L.A. Times’ “Queen of Country Music,” whose 2022 has already been packed with accolades and achievements. Following her ACM Entertainer of the Year win earlier this year, the Texas native was recently named as the only country artist on  the TIME100 List of the World’s Most Influential People, a distinguished group of individuals honored for their impact, innovation and achievement. The three-time GRAMMY winner also recently wrapped her co-headlining The Bandwagon Tour with Little Big Town, having earned rave reviews throughout its run.

Gracing the recent July 11 cover of People magazine, Lambert also shared the news of her new home goods collection, Wanda June Home, available exclusively at Walmart.com. The line joins her other ventures expanding beyond the traditional lanes of a music career, including her Idyllwind boot and clothing brand available at Boot Barn stores nationwide, her MuttNation pet supplies available at Tractor Supply Co. in support of her MuttNation Foundation – which has raised over $6 million to date in support of animal shelters and rescue pets – and her Casa Rosa restaurant in downtown Nashville, the first female artist-led bar on Broadway.

Lambert will ride this tidal wave of accomplishment into her latest endeavor this fall, as her Velvet Rodeo Las Vegas residency takes over the Zappos Theater at Planet Hollywood Resort & Casino starting in September for a 24-date run. For more information and to purchase tickets, visit MirandaLambert.com.

About Miranda Lambert
Palomino, the eighth solo album from Vanner Records/RCA Nashville superstar Miranda Lambert, arrived in April as the highest debuting Country album of 2022. Already named among the best albums of the year by TIME, Rolling Stone, Billboard, Stereogum and more, it marks the latest installment in a storied career that has spanned seven previous No. 1 solo albums, 10 No. 1 hit radio singles, more than 70 prestigious awards and countless sales certifications, earning the reigning ACM Entertainer of the Year praise from NPR as “the most riveting country star of her generation.”

Set to kick off her Velvet Rodeo Las Vegas residency at Planet Hollywood Resort & Casino’s Zappos Theater this September, Lambert was named to the 2022 TIME100 list honoring the world’s most influential people, with Pitchfork declaring that she “manages the hat-trick of both timelessness and timely activism.” Whether challenging conventional gender notions in her recent Top 10 hit “If I Was A Cowboy” or using her voice to write and record the inclusive “Y’All Means All” anthem for the latest season of Netflix’s “Queer Eye,” the Texas native continues to expand the tent of the Country genre via her music.

The most decorated artist in the history of the Academy of Country Music, Lambert has earned 37 ACM Awards (including a record-setting nine consecutive Female Artist of the Year Awards), 14 CMA Awards, three GRAMMY Awards, the Nashville Symphony Harmony Award, ACM Gene Weed Milestone Award and ACM Song of the Decade Award, plus was named 2019’s RIAA Artist of the Year and was the youngest artist ever to serve as the Country Music Hall of Fame & Museum’s Artist in Residence.

Her clothing and cowboy boot collection, Idyllwind, is a private-label brand sold at all Boot Barn stores nationwide and her home goods collection, Wanda June Home, is available exclusively at Walmart.com. An avid animal lover, Lambert’s MuttNation pet product line is available exclusively at Tractor Supply Co. with proceeds benefitting her MuttNation Foundation, a 501c3 nonprofit, has raised over $6 million since its inception in 2009. The Foundation’s mission is to promote the adoption of rescue pets, support animal shelters across the country, advance spay & neuter and assist with the transport of animals during times of natural disaster.