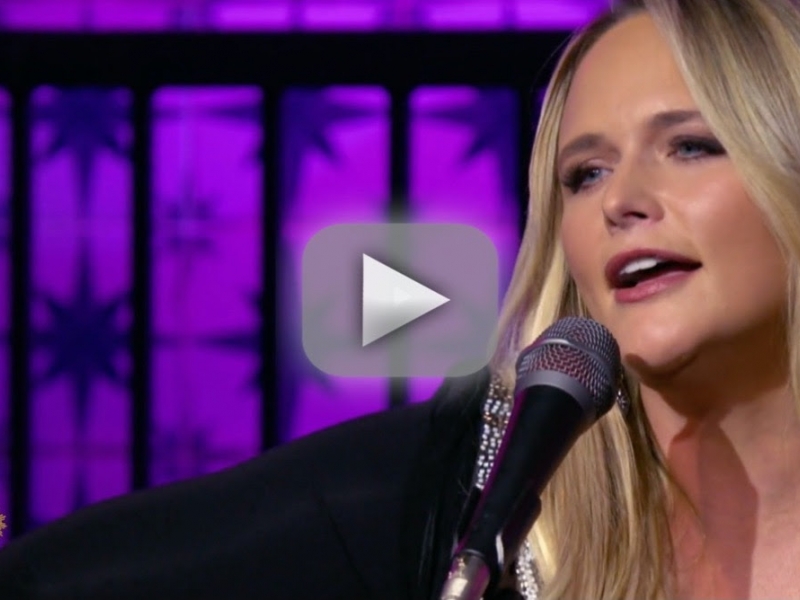 Reigning Entertainer of the Year Discusses the Journey to Brand-New Album Palomino with Correspondent Lee Cowan; Performs “In His Arms” & “Strange”

NASHVILLE, Tenn. – Reigning ACM Entertainer of the Year Miranda Lambert appeared today on “CBS Sunday Morning” yesterday, May 1, in celebration of her new album Palomino, available everywhere now. The Texas native shared an expansive look at her storied career and the new project with correspondent Lee Cowan, discussing everything from her businesses and her marriage to her new album and passion for supporting rescue animals. Watch the full segment HERE.

“I’ve learned a lot about myself,” Lambert shared with Cowan when discussing the release of her eighth solo project. “I think at some point, you just start to settle into who you are. I think that’s why you feel that peace coming from me, ‘cause I feel at peace with myself.”

“You don’t have to be tortured to be good,” she added of the lessons she’s learned in recent years. “You can write a sad song and not have to live every sad song you ever write, you know? It’s an impossible way to live.”

The first female entertainer to have a presence on Broadway hosted Cowan at her Downton Nashville Casa Rosa bar and restaurant for the conversation, also performing intimate renditions of “In His Arms” and “Strange” from the venue’s stage. Lambert and Cowan also strolled down Broadway to a nearby Boot Barn where her Idyllwind clothing line is sold to discuss her passion for branching out in natural ways beyond music, including via her MuttNation Foundation in support of shelter pets.

The comprehensive segment comes on the heels of Palomino’s release, the latest in a critically acclaimed discography that has already earned substantial praise for the most-awarded artist in Academy of Country Music history.

“Miranda Lambert is one of our greatest working songwriters,” declares Stereogum, while Billboard notes, “Lambert’s delivery is pitch perfect as she delivers some of her most on-point lyrics ever,”  joining rave reviews from Esquire, L.A. Times, Variety, NPR, Paste, Pitchfork, Rolling Stone, Yahoo Entertainment and more.

Lambert will take the new music as well as her decade-plus catalog of hits on the road this spring as her co-headlining The Bandwagon Tour with Little Big Town kicks off in her home state of Texas this Friday, May 6, before she travels to Las Vegas for her recently announced Velvet Rodeo residency at Planet Hollywood Resort & Casino’s Zappos Theater this September, with dates scheduled through April 2023.