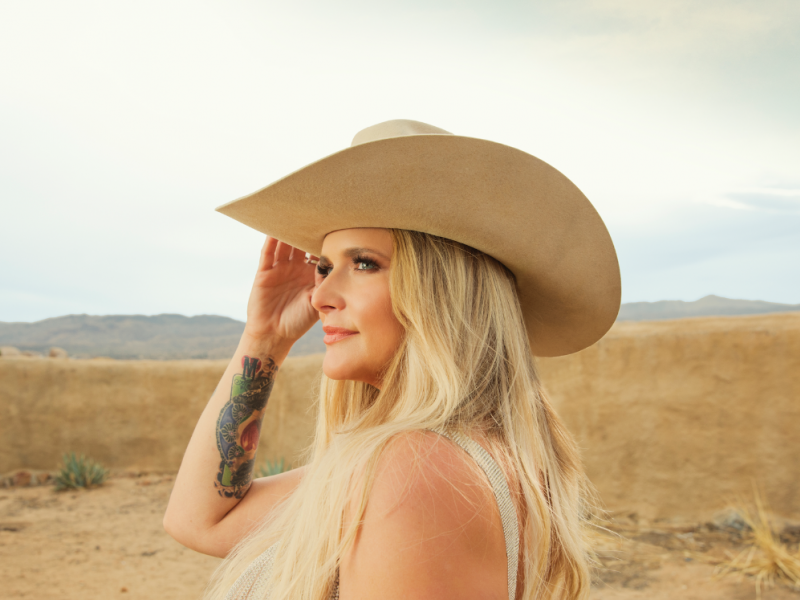 Most Awarded Artist in ACM History Also Takes Home Video of the Year Trophy for Current Top 10 Single “Drunk (And I Don’t Wanna Go Home)” With Elle KingLambert Teases New Music as “If I Was A Cowboy” Climbs Top 20 at Country Radio Ahead of Headlining C2C Festival Shows in the U.K. and Ireland This Week

LAS VEGAS, Nev. – “This one goes out to all the singer-songwriter girls out there that are putting their blood, sweat and tears into their guitar strings,” shared newly-crowned Entertainer of the Year Miranda Lambert as she accepted the night’s top honor at the 57th Academy of Country Music Awards, via video message from Europe, where she is set to headline the C2C Festival this weekend. “We did it! This is for us.”

It was only fitting that the most awarded artist in ACM history accepted from the road to close out the night, a nod to her nonstop hustle as recognized by the ACM voting body and qualifying the Texas-native for the coveted Triple Crown Award. In addition to her return to live shows, Lambert has released a seemingly endless string of new music both on her own and as part of varying collaborations, leading Variety to declare, “we could argue [Lambert’s] has been the most important country music career of the 21st century.”

From upbeat anthems “Drunk (And I Don’t Wanna Go Home)” with Elle King and her own “Tequila Does” dance remix to full-length albums The Marfa Tapes with Jack Ingram & Jon Randall (plus a corresponding film) and Hell of a Holiday with her Pistol Annies trio, the year was already a musical celebration for the three-time GRAMMY winner before even taking into account her recent solo releases: “If I Was A Cowboy” and inclusive Queer Eye theme “Y’all Means All.”

The woman NPR praises as “the most riveting Country star of her generation” also took home the ACM Award for Video of the Year in honor of her raucous ’80s-inspired wedding collaboration with King, “Drunk (And I Don’t Wanna Go Home),” which is nominated for a GRAMMY in the Best Country Duo/Group Performance category at the upcoming April 3 ceremony. Lambert is also nominated for the Best Country Album GRAMMY Award, celebrating her work on The Marfa Tapes with Jack Ingram & Jon Randall – a project that was named among 2021’s best by American Songwriter, Billboard, LA Times, Rolling Stone, TIME, Vulture and more.

“Elle and I are new friends, but it really feels like we are old friends; I felt like that immediately when I met her at one of her shows,” Lambert shares of her co-star in the music video co-directed by Alexa Kinigopoulos and Stephen Kinigopoulos. “Since then, we’ve toured together and sang on stage together, recorded together and bonded about actual life. This song just feels like the natural transition to the after party. To have the music video be recognized with an award win is really special. I love that we’ll always have this together.”

These two latest ACM Awards extend Lambert’s longstanding relationship with the Academy of Country Music as the most decorated artist in the organization’s history with a record-extending 37 wins. In addition to numerous trophies for her annual achievements, she is also the recipient of the ACM 50th Anniversary Milestone Award and ACM Gene Weed Milestone Award in honor of her record-setting win count, the ACM Merle Haggard Spirit Award (presented to a singer-songwriter who is continuing Haggard’s legacy by following their own path while epitomizing his spirit through genuine performances and great storytelling) and the ACM Song of the Decade Award for “The House That Built Me.”

Lambert, who has recently teased new music on socials, is set to join forces with Little Big Town for this spring’s co-headlining The Bandwagon Tour kicking off May 6 in Houston, offering a reincarnation of 2018’s run of the same name which earned rave reviews from Pollstar, CMT, The Tennessean and more.

Following 2019’s critically acclaimed release of her seventh consecutive No. 1 album, Wildcard, Lambert ushered in her next musical era with the recent release of new single “If I Was a Cowboy,” while also adding her voice to Netflix’s new season of Queer Eye with inclusive anthem “Y’all Means All.” She is set to hit the road on The Bandwagon Tour with Little Big Town this spring.

The most decorated artist in the history of the Academy of Country Music, the reigning Entertainer of the Year has earned 37 ACM Awards (including a record-setting nine consecutive Female Vocalist of the Year Awards), 14 CMA Awards, three GRAMMY Awards, the Nashville Symphony Harmony Award, ACM Gene Weed Milestone Award and ACM Song of the Decade Award, plus was named 2019’s RIAA Artist of the Year. She is the youngest artist ever to serve as the Country Music Hall of Fame & Museum’s Artist in Residence, joining a legendary list of predecessors including Kris Kristofferson, Guy Clark, Tom T. Hall, Jerry Douglas and more.