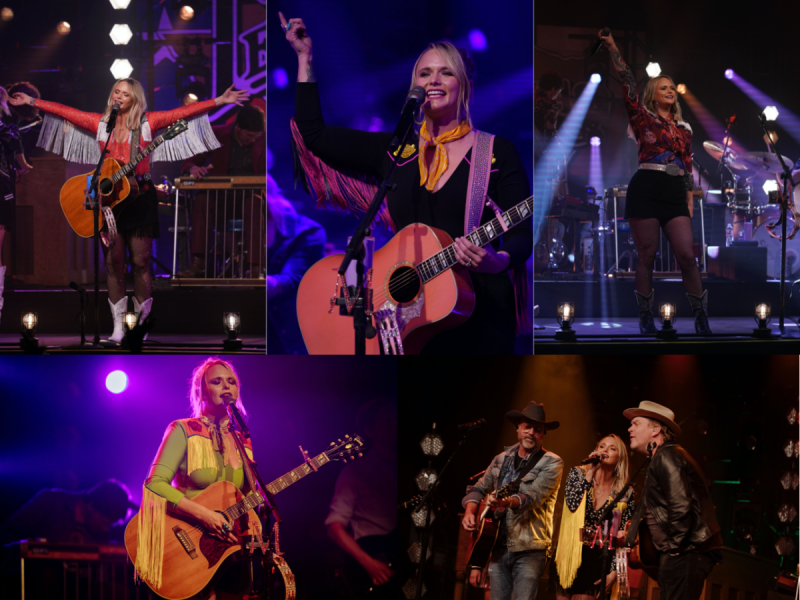 “It finally sank in last night: this is real, we’re in this room and this moment together,” offers the Longview, Texas native. “When we think back on this time, we’ll do so with so much appreciation and gratitude. We’ll always have these memories of our first shows back: hungry, ready, imperfect, yet emotionally, I think it’s exactly what we all needed. Texas, I love you and wouldn’t have done this any other way.”

In addition to performing her numerous solo hits, Lambert also offered a glimpse at her forthcoming project with Jack Ingram and Jon Randall as the trio united on stage for a preview of The Marfa Tapes, available everywhere this Friday, May 7 via Vanner Records/RCA Nashville.

The Marfa Tapes is a collection of intimate, raw songs written and recorded together in the tiny, middle-of-nowhere town of Marfa, Texas. For Lambert, Randall and Ingram, the eccentric outpost in the midst of a vast expanse of nothingness is the perfect place to lose – and find – yourself. Over the past several years, the desolate location has become a songwriting haven for the trio, yielding both massive hits and profound personal growth.

When they returned for five days this past November, though, they came not to write, but to record, capturing a captivating new album inspired by the stark beauty of west Texas and the deep, lasting bonds the three have forged there. Recorded raw and loose with just a pair of microphones and an acoustic guitar, The Marfa Tapes is a stunning work of audio verité; an intimate, unadorned snapshot of a moment in time fueled by love, trust, and friendship.

The Marfa Tapes Track List    1.    In His Arms    2.    I Don’t Like It    3.    The Wind’s Just Gonna Blow    4.    Am I Right or Amarillo    5.    Waxahachie    6.    Homegrown Tomatoes    7.    Breaking A Heart    8.    Ghost    9.    Geraldene    10.  We’ll Always Have The Blues    11.  Tin Man    12.  Two-Step Down To Texas    13.  Anchor    14.  Tequila Does    15.  Amazing Grace (West Texas)About Miranda Lambert
Hailed as “the most riveting country star of her generation” by NPR, Miranda Lambert has spent much of her career defying expectations, balancing massive commercial success with a fiercely independent spirit that’s guided her every step of the way. Over the course of eight studio albums, the Texas native has managed to sell seven million records in the U.S. alone, top the Billboard Country Airplay chart six times, and take home three GRAMMY Awards, 14 CMA Awards, and a staggering 35 ACM Awards (including a record-breaking nine consecutive wins for Female Vocalist of the Year). In addition to her celebrated solo output, Lambert has also released three critically acclaimed albums with Pistol Annies, her chart-topping trio with fellow Nashville songwriters Ashley Monroe and Angaleena Presley.