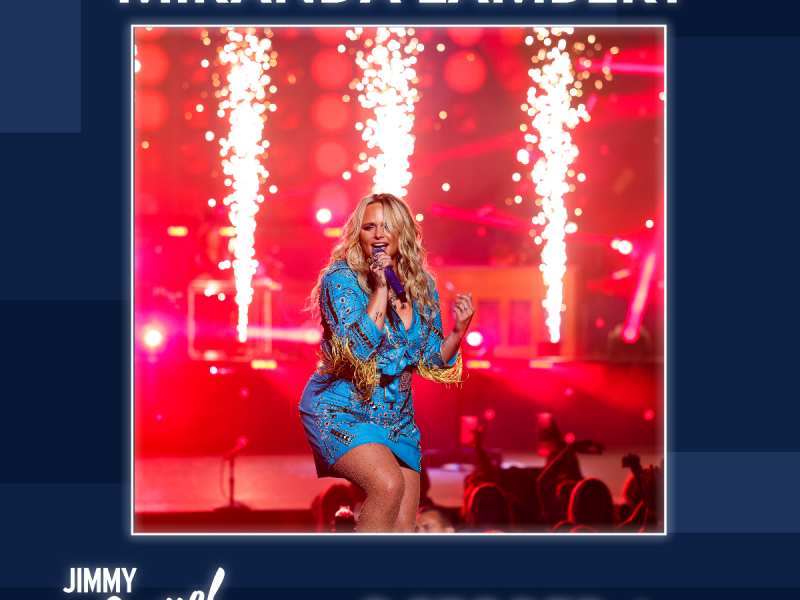 NASHVILLE, Tenn. – As Miranda Lambert: Velvet Rodeo The Las Vegas Residency continues to earn rave reviews through the second week of shows, reigning ACM Entertainer of the Year and current CMA triple-nominee Miranda Lambert returns to the stage at ABC’s Jimmy Kimmel Live! tomorrow, Oct. 4, for a performance of her current single, “Strange.”

The anthem of timely encouragement follows recent Top 10 hit “If I Was A Cowboy,” the 15th of her career, as the second single off Lambert’s latest hit album, Palomino, already named one of the best of the year by TIME, Rolling Stone, Billboard, Stereogum and more.

Stereogum describes the track honored with the “Disc of the Day” award from MusicRow as “a bluesy ramble about treating yourself right in an uncertain moment” – a fitting description for a song written by Lambert together with Luke Dick and Natalie Hemby during the height of 2020:

“‘Strange’ is permission to just let go for a sec,” reflects Lambert. “We were really wanting the chorus to lift – literally and emotionally – and go into a happy place. It’s such a song for the time that we’re in right now, but it doesn’t feel like it won’t matter in 10 years, either.”

The single is the latest offering from the L.A. Times’ “Queen of Country Music,” whose 2022 was already packed with accolades even before the kickoff of her Velvet Rodeo residency. Following her ACM Entertainer of the Year win earlier this year, the Texas native was also named as the only country artist on the TIME100 List of the World’s Most Influential People, a distinguished group of individuals honored for their impact, innovation and achievement.

Designed exclusively for Zappos Theater at Planet Hollywood Resort & Casino and promoted by Live Nation and Caesars Entertainment, Miranda Lambert: Velvet Rodeo The Las Vegas Residency gives fans an up close and personal opportunity to experience live performances of Lambert’s numerous chart-topping songs and beloved album cuts. Tickets for shows through April 9, 2023 are on sale now at ticketmaster.com/mirandavegas, with shows scheduled to begin at 8 p.m.

Her clothing and cowboy boot collection, Idyllwind, is a private-label brand sold at all Boot Barn stores nationwide and her home goods collection, Wanda June, is available now at Walmart.com. An avid animal lover, Lambert’s MuttNation pet product line is available exclusively at Tractor Supply Co. with proceeds benefitting her MuttNation Foundation, a 501c3 nonprofit that has raised over $6 million since its inception in 2009. The Foundation’s mission is to promote the adoption of rescue pets, support animal shelters across the country, advance spay & neuter and assist with the transport of animals during times of natural disaster.