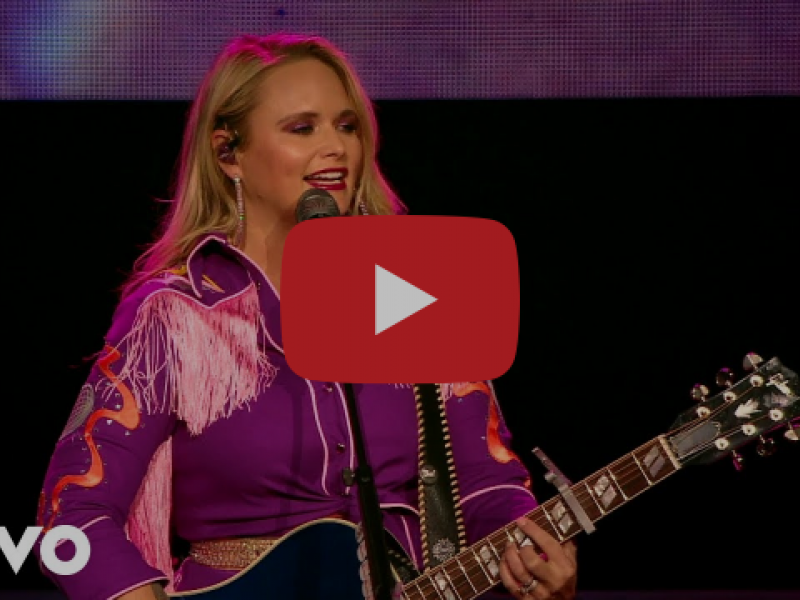 Featuring her headlining set at the Windy City Smokeout plus various dates of this summer’s The Bandwagon Tour, the video offers a visual celebration of Lambert’s live show praised by the Tennessean for the way her “hits are elevated to being generation-defining artistic works,” plus a behind-the-scenes look at the backstage camaraderie between Lambert and her longtime band and crew.

“We wrote this song in the middle of 2020, when live shows felt so far away and we weren’t sure when we’d have that connection with fans again,” notes Lambert of the single written together with Luke Dick and Natalie Hemby. “Getting back on the road this summer, and now in Las Vegas, it’s so special to see a crowd full of smiling faces singing along. I love that we were able to capture that feeling with this video!”

The anthem of timely encouragement follows recent Top 10 hit “If I Was A Cowboy,” the 15th of her career, as the second single off Palomino, named one of the best albums of the year by TIME, Rolling Stone, Billboard and more. The project is nominated for Album of the Year at the upcoming CMA Awards, where Lambert is also nominated for Entertainer of the Year and Female Vocalist of the Year.

Stereogum praises the track honored with MusicRow’s “Disc of the Day” award as “a bluesy ramble about treating yourself right in an uncertain moment” – a fitting description for the celebration of finding sanity in a “Strange” time:

Have a smoke, buy a round
Get on a jet liner going anywhere bound
Pick a string, sing the blues
Dance a hole in your shoes
Do anything to keep you sane
‘Cause times like these make me feel strange

Fans can see a live performance of “Strange” along with a full spectrum of hits from Lambert’s catalog as the L.A. Times’ “Queen of Country Music” continues her Velvet Rodeo residency into next year. Designed exclusively for Zappos Theater at Planet Hollywood Resort & Casino and promoted by Live Nation and Caesars Entertainment, Miranda Lambert: Velvet Rodeo The Las Vegas Residency gives fans an up close and personal opportunity to experience live performances of Lambert’s numerous chart-topping songs and beloved album cuts. Tickets for shows through April 9, 2023 are on sale now at ticketmaster.com/mirandavegas, with shows scheduled to begin at 8 p.m.