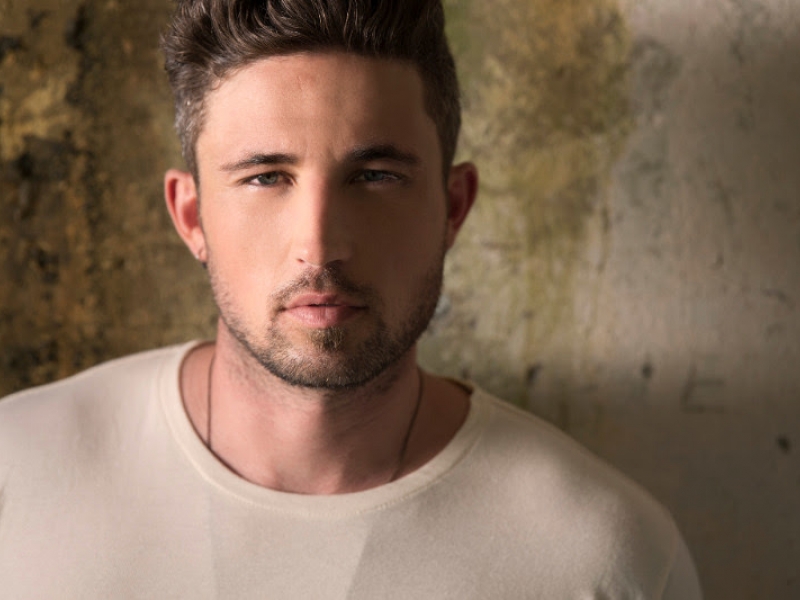 This Giving Tuesday, country music's Michael Ray announces he has partnered with GIVN® Water as a brand ambassador. Ray has already mobilized his fans to donate over 100K meals to shelter animals on stops along his Get To You Tour through his own Wrigley Cares program, and will continue his mission to give back as he prepares to release his sophomore album through a collaboration with GIVN to help provide clean water to communities around the globe.

“When I learned that GIVN provides a day of clean water to those in need for every bottle they sell, I immediately felt that significance and the ripple effect it could have not just in the U.S. but also on a global scale,” shares Ray. "Growing up in a small rural town in Florida, I learned at an early age that showing people you care is the greatest way to strengthen a community. Whether it was something as small as taking a neighbor a meal, my grandfather not only told me but he showed methe importance of being there for one another. I think we all need that right now. No gesture is too small."

Recognized as a 2016 Best for the World Honoree, GIVN® Water provides one day of clean drinking water from each bottle sold, having provided over 850,000 days of clean water thus far. As a brand ambassador, the man the Tampa Bay Times calls a “passionate, inked-up country rocker” will support GIVN® Water and their inspirational work via social media and at his live shows.

Remaining 2017 Michael Ray "Get To You" Tour Dates:

*Denotes a date Devin Dawson will also appear on as announced earlier this year.

ABOUT GIVN:
GIVN® Goods, maker of GIVN® Water, is a Certified B-Corporation® dedicated to making doing good easy. GIVN Water was recently recognized as a 2016 and 2017 Best for the World Honoree by B-Corporation. Launched in 2015 with the flagship product GIVN® Water, GIVN® Goods has helped consumers fund over 850,000 days of clean water. GIVN® Water is available onAmazon.com and in more than 1,600 retail locations across the United States. Visit givnwater.comfor more information.

ABOUT MICHAEL RAY:
March 2017 brought Michael Ray his second No.1 single with “Think A Little Less” off his debut self-titled album. This followed his first No. 1 single, “Kiss You In The Morning” which went to the top spot in just 24 weeks. Ray continues to grow his following, having toured with Sam Hunt, Kip Moore, Brantley Gilbert and Darius Rucker and wrapped up his own first 40-city headlining tour last year.

Michael was raised in Eustis, Florida an hour from Orlando. The child of a family full of musicians, he began his professional career before he was a teenager, graduated to the bar scene as soon as he could drive and hasn’t let up on the pedal since. When he decided it was time to move to Nashville, the work Ray had put in began to pay off quickly as he landed a publishing contract with Warner/Chappell Music and a record deal with Atlantic Records /Warner Music Nashville.

In between touring, Michael has been recording his new album expected for release in early 2018 with its first single, "Get To You," at Country radio now.