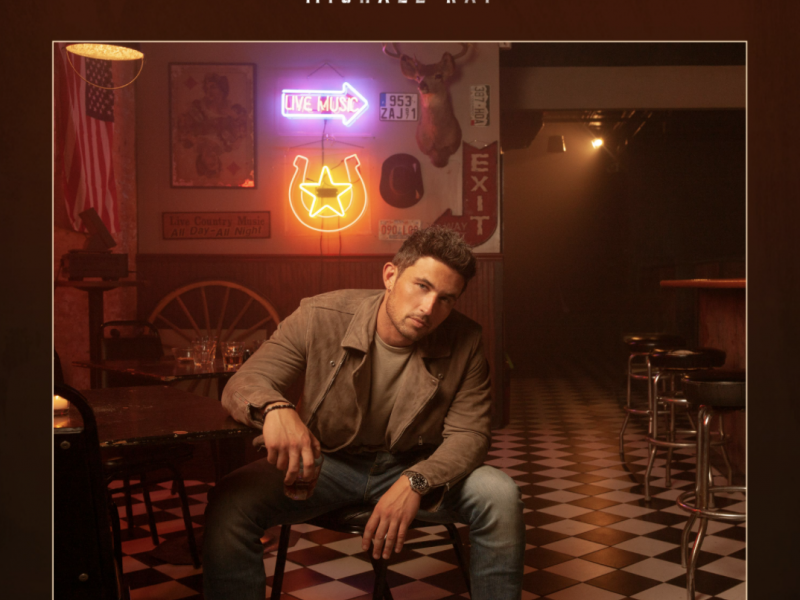 Michael Ray has spent the last few months traveling between Nashville and his hometown of Eustis, Florida, where he grew up in a family of musicians, watching his grandfather’s band The Country Cousins, learning his first guitar chords at 8-years-old and eventually joining them on stage.

“If I start feeling real down, I just need to go down there for a few days to see everybody. I’ll get rejuvenated with my family. Something about being on that dirt just does a lot for me,” shares Ray. “This year helped me realize that going back home allows me to move forward, being around the people who would say, ‘We know you can do it’ when I would say, ‘I think I can do it’ as I was getting started.”

Now, with two hit albums, five RIAA Gold-certified songs, three No. 1’s and both feet firmly planted on the ground, Ray is readying his third project – a bridge between country’s past and present – with lead single “Whiskey And Rain” set for release Friday, Sept. 25. Pre-save “Whiskey And Rain” HERE.

“I miss story songs that you have to listen to all the way through to understand. This song is everything I love about country music – traditional Country music, like Tim McGraw and Earl Thomas Conley, and I want to bring that back,” shares Ray. “This is the music I originally came to Nashville to make, and I’m grateful to have this opportunity for fans to get to know me better as an artist.”

Yeah whiskey and rain coming down, coming down
Splash of bourbon in a glass
Yeah pouring something on the pain
Let it drown, let it drown
Trying to wash away the past
Since my blue sky, sunshine, whole life
Hopped on that midnight train
‘Til the bottle runs out or the clouds roll away
It’s just the whiskey and rain

With touring currently on hold, Ray has established a weekly virtual series, Honkytonk Tuesday, where he is joined by surprise guests to perform their favorite ‘80s and ‘90s tunes.

“We started recording after we created Honkytonk Tuesday, but I knew I wanted to do this project before we put the series together,” Ray elaborates. “Creating Honkytonk Tuesday made me fully dive-in to that sound, and it was the perfect segue into ‘Whiskey And Rain.’”

To-date, Ray has been joined by Clint Black, Mark Wills, Marty Raybon, Aaron Tippin and Steve Wariner, among others. Honkytonk Tuesdays are streamed live on Ray’s YouTube, Facebook and Twitter at 7 p.m. CT and shared on Instagram immediately following the stream.

About Michael Ray
For Michael Ray, music is his grandfather singing and sweating on a rural Florida stage. It’s the childhood refuge he found during the pain of his parents’ divorce. It’s family and stories, history and hope. Ray says music saved him, but it did even more: Music made him. In four short years, Ray has built an impressive foundation. Three No. 1 songs “Kiss You in the Morning,” “Think a Little Less,” and “One That Got Away,” plus “Get to You” and “Her World or Mine,” brings his tally to five Gold-certified singles. The poignant “Her World or Mine”––the third song off of his sophomore album Amos––also produced a video that has captured more than 19 million YouTube views since its debut less than a year ago. Now, two hit albums into that all-too-rare blend of critically acclaimed and commercially successful career, Ray will release “Whiskey and Rain,” the first single off of his upcoming project produced by GRAMMY-nominated song whisperer Ross Copperman, Sept. 25. Proof that heartbroken wallowing can feel good if it swings, “Whiskey and Rain” also cements Ray as the ideal bridge between vintage country cool and modern country’s best sounds. See Ray live every Tuesday on his Honkytonk Tuesday virtual series, where he plays his favorite ‘80s and ‘90s tunes with surprise guests. Learn more about Ray at MichaelRayMusic.com or follow him on Instagram and Twitter @MichaelRayMusic and Facebook.com/MusicMichaelRay.