MICHAEL RAY TO RELEASE AUTOBIOGRAPHICAL TRACK “PICTURE” THIS FRIDAY, MAY 7 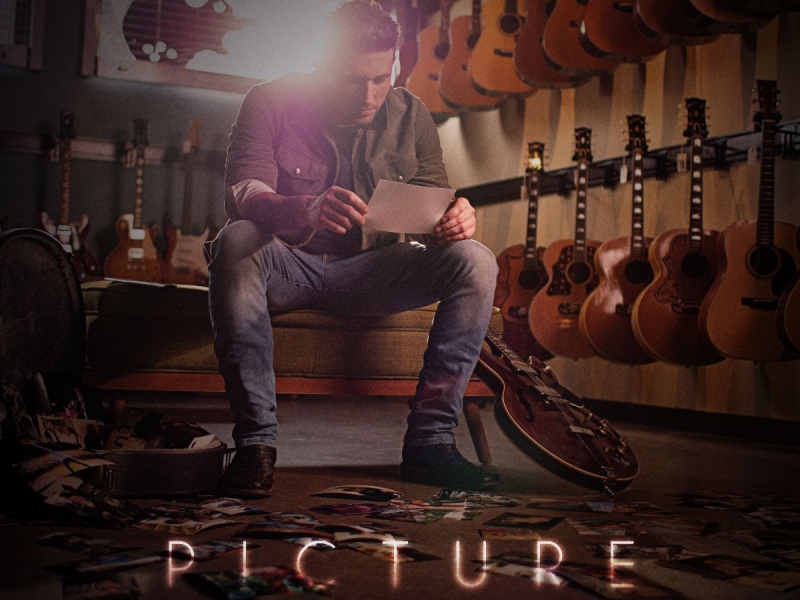 Warner Music Nashville recording artist Michael Ray has always cut songs that feel true to him, but nothing feels truer than his own story. Together with award-winning songwriters Michael Hardy and David Garcia, he penned his newest track “Picture” about memories of his family captured in photograph: One day we’re barefoot, young and alive / the next we’re a story in a three-by-five / that somebody’s sure glad to have. The track, inspired by the passing of Ray’s uncle in June 2020, is equal parts loving tribute to memories past and grateful look ahead to those yet to come.

“We wrote ‘Picture’ the day of my Uncle Terry’s viewing,” the singer / songwriter said. “The night before, my buddy and I were going through photos and he said, ‘Isn’t it wild how, no matter what you do in your life, we’ll all just end up being pictures that somebody who loves us holds onto?’ I wrote that down at three in the morning, and I decided not to cancel my write the next day with my friends Michael Hardy and David Garcia. I came in with this idea and I told them, ‘I think we have something special here.’ I wanted it to write it very autobiographically. This last year has made me so appreciative of the people who can just sit still with me, reflect and reminisce. It’s one of my favorite things about growing up in the south, and I hope we never lose that.

Added Ray, “I hope that when people hear this song, it’s not something that brings sadness. It’s something that brings joy. I hope it serves as a reminder that it’s okay to slow down and be present, because you’ll never regret the time to take to be with family and friends. I hope listeners can go back to pictures and relive good times with loved ones that maybe have passed, but I also hope it reminds them to capture those memories, in the moment, while they can.”

With touring on hold, the past year has allowed Ray to reconnect with himself and put pen to paper more than ever before. “Picture” is one of several new Ross Copperman-produced tracks (Keith Urban, Dierks Bentley, Darius Rucker) due this summer and beyond. His current single “Whiskey And Rain” (listen HERE) – praised for “embracing a natural throwback country sound” (Rolling Stone) – is currently climbing the charts at country radio as it tops 20 million on-demand streams. A special Warehouse Sessions live version of the track is available now (listen HERE).

The last 12 months have also seen Ray create his hugely successful livestream series, Honkytonk Tuesday. Showcasing his love for classic country, Honkytonk Tuesday drew in over 700,000 views in 2020 and placed him at No. 32 on the 2020 Pollstar Top 100 Livestreamers year-end list.

“Picture” and “Whiskey And Rain” follow two hit albums, three No. 1s and five RIAA Gold-certified singles, including “One That Got Away,” “Think A Little Less” and “Her World Or Mine.” Keep an eye out for more new music, coming soon.

About Michael Ray:
For Michael Ray, music is his grandfather singing and sweating on a rural Florida stage. It’s the childhood refuge he found during the pain of his parents’ divorce. It’s family and stories, history and hope. Ray says music saved him, but it did even more: Music made him. In four short years, Ray has built an impressive foundation. Three No. 1 songs – “Kiss You in the Morning,” “Think a Little Less,” and “One That Got Away” – plus “Get to You” and “Her World or Mine,” brings his tally to five Gold-certified singles. The poignant “Her World or Mine” from his sophomore album Amos also produced a video that has captured more than 23 million YouTube views since its debut less than a year ago. Now, two hit albums into that all-too-rare blend of critically acclaimed and commercially successful career, Ray has released “Whiskey and Rain,” the first single off of his upcoming project produced by GRAMMY-nominated song whisperer Ross Copperman. Proof that heartbroken wallowing can feel good if it swings, “Whiskey And Rain” has garnered over 20 million streams since its release, cementing Ray as the ideal bridge between vintage country cool and modern country’s best sounds. Learn more about Ray at MichaelRayMusic.com or follow him on Instagram and Twitter @MichaelRayMusic and Facebook.com/MusicMichaelRay.