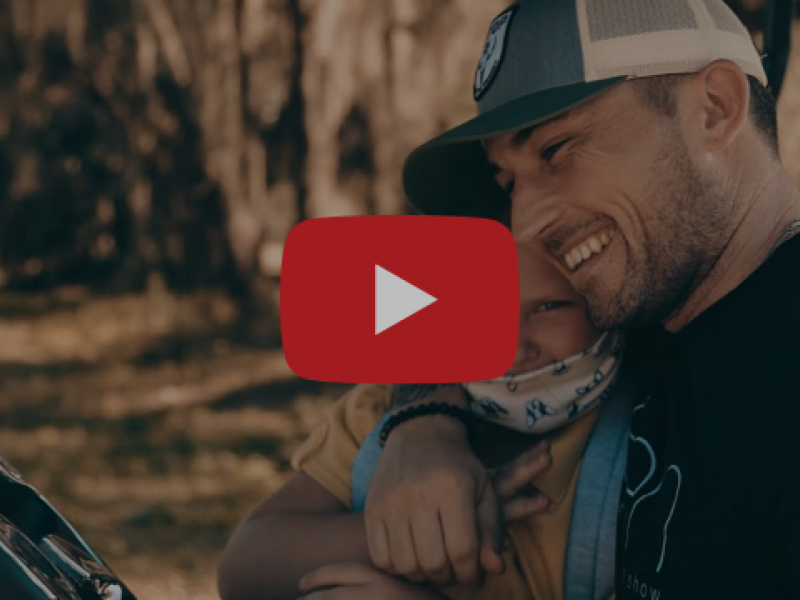 New Track “Just The Way I Am” Out Now

NASHVILLE, Tenn. – Warner Music Nashville signed Michael Ray in early 2014 after hearing about the kid from Florida booking his own shows (200+ a year), packing them out and doing so with original material playing on Country radio without a major promo team fueling its momentum. Long a student of country music, now having essentially earned his doctorate, Ray shares what he has learned those many years on the road on his first new project since 2019’s Amos. Higher Education EP is due August 27. Pre-order / pre-save the album HERE.

“I’ll never forget that time in my life when I was fresh out of high school, working a trade I expected to do all my life — splicing cable — and Amos, my grandfather, recognized how much I loved writing and singing Country music,” says the Eustis, Florida native. “He said, ‘You can either look back and say ‘Damn, I wish I would have,’ or ‘Damn, I’m glad I did,’ and the latter is a whole lot easier to live with.’ With that, my band and I made the move to Music City. The next five years I leaned on the insanely talented writers, musicians and touring artists I knew, and the five+ after that I have leaned on this town. I am proud to know them the way I do, to have learned from them, and for them to know me.

“Higher Education is about going through life and the hard knocks that make you who you are ... coming out of it stronger, having let it change you without hardening you. This album reminds me that even though we all go through hard times, we grow and we’re better for it.”

The final advance ahead of Higher Education’s release is the Michael Hardy, Ben West, Josh Miller-written “Just The Way I Am” (listen HERE and watch the music video HERE).

Earlier this summer Ray previewed the new project with perhaps his most personal song to date, “Picture” (listen HERE) Ray co-wrote the day of his Uncle Terry’s memorial following his untimely passing. American Songwriter applauds it “captures both the existential crisis and the understanding to celebrate life that often comes during the grieving process,” while MusicRow boasts, “Because one day all you will have is the memory and a photo. A lovely sentiment, a pretty melody and a sincere performance. What’s not to love?”

Catch Ray on the road with his Just The Way I Am 2021 Tour as it continues tomorrow night in Gillette, Wyo. and wraps in the fall at the Tortuga Music Festival in Ft. Lauderdale, Fla. Tickets are available at MichaelRayMusic.com.

About Michael Ray
For Michael Ray, music is his grandfather singing and sweating on a rural Florida stage. It’s the childhood refuge he found during the pain of his parents’ divorce. It’s family and stories, history and hope. Ray says music saved him, but it did even more: Music made him. In four short years, Ray has built an impressive foundation. Three No. 1 songs – “Kiss You in the Morning,” “Think a Little Less,” and “One That Got Away” – plus “Get to You” and “Her World or Mine,” brings his tally to five Gold-certified singles. The poignant “Her World or Mine” from his sophomore album Amos also produced a video that has captured more than 26 million YouTube views since its debut less than a year ago. Now, two hit albums into that all-too-rare blend of critically acclaimed and commercially successful career, Ray has released “Whiskey and Rain,” the first single off his Higher Education EP, set for release Aug. 27, was produced by GRAMMY-nominated song whisperer Ross Copperman. Proof that heartbroken wallowing can feel good if it swings, “Whiskey And Rain” has surpassed 38 million streams since its release, cementing Ray as the ideal bridge between vintage country cool and modern country’s best sounds. Catch Ray this summer on his 21-stop Just The Way I Am Tour, wrapping this fall at Tortuga Music Festival. Learn more about Ray at MichaelRayMusic.com or follow him on Instagram and Twitter @MichaelRayMusic and Facebook.com/MusicMichaelRay.