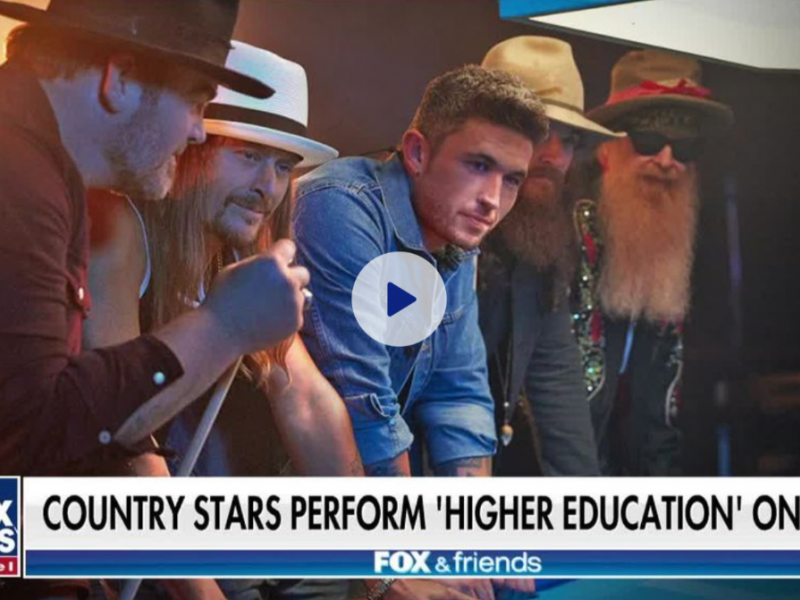 Premieres TONIGHT at 6 p.m. CT Exclusively on YouTube,Followed by a Premium Afterparty Livestream,
Joined by Collaborators Lee Brice and Tim Montana
WATCH: Hitmaker Joins “Fox & Friends” with a Special Performance of “Higher Education”
“Whiskey And Rain” Continues Climbing the Charts in the Top 15

NASHVILLE, Tenn. – After garnering over 1 billion global streams, over 650,000 album equivalents, over 100 million YouTube views, three No. 1 hits, one RIAA-Platinum certified and four RIAA Gold-certified singles, Michael Ray has essentially earned his doctorate in country music. He has been sharing that knowledge through his latest seven-song collection Higher Education, with the official music video for the title track premiering tonight, Oct. 29 at 6 p.m. CT.

The video will premiere exclusively on YouTube, followed by a Premium Afterparty Livestream, featuring Ray and collaborators Lee Brice and Tim Montana, to talk about the video and answering questions from attendees. Fans can purchase YouTube Premium for access to the afterparty.

Brice, Billy F. Gibbons, Montana and Kid Rock join Ray on “Higher Education,” a defiant and rebellious anthem penned by Montana, Derek George, Jeremy Bussey, Monty Criswell and Frank Rogers, and produced by Ross Copperman. American Songwriter calls it “a well-suited centerpiece of the project,” and praises that the full collection “speaks to the things Ray has deemed important at this point in his life...inviting his listeners into his world, pulling back the curtain on who he is off the stage.”