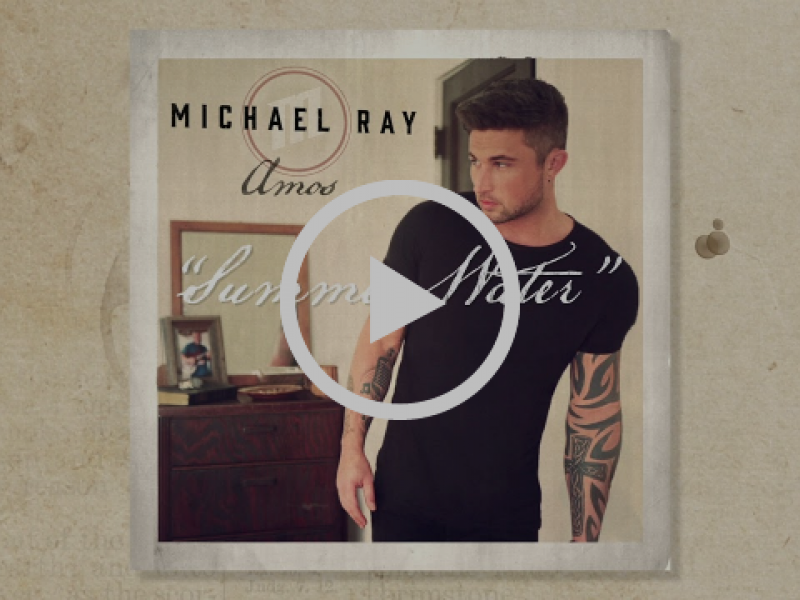 Summer in the South means hot days spent on the water with friends and family. Michael Ray’s new track “Summer Water” from his forthcoming album Amos celebrates all the memories made in the summer months and comes just in time for Memorial Day weekend.

“Summer Water,” written by Heather Morgan and Lee Thomas Miller, takes Ray back to his days growing up on the waters of Central Florida and all the life lessons he learned along the way.

“I have so many memories from my childhood, my teenage years, even my young adult years, that all involve time spent on the water. That’s where you learned to fish when you were a kid, it’s the place you met up with your buddies on the weekend and even now it’s where I go with my dad to just talk about life. My grandfather did the same thing with my dad—it's generational for us and something I know I'll do with my kids down the road.”

The nostalgic mid-tempo track follows previously released “One That Got Away,” upbeat opener “Fan Girl,” emotional album centerpiece “Her World Or Mine” and Ray’s Top 20 single “Get To You,” which he will perform on ELLEN June 4 to celebrate the release of the new album.

Additionally, Ray will kick off Warner Music Nashville’s 9th annual concert series Pickin’ for a Purpose on May 31 benefiting Wrigley Cares: Helping Animals in Need.  Named after Ray’s dog Wrigley, Wrigley Cares is a charitable initiative that provides financial and medical support for rescue animals, service pets and more. In the spirit of the event, puppies will be available for adoption and attendees are welcome to bring their own furry friends to join in the fun.

Pre-order Ray's new album here. Amos is available everywhere June 1. Fans can catch Ray performing songs from the new album in addition to some of his previous hits June 7-10 at this year’s CMA Fest. For more information, visit MichaelRayMusic.com.