MICHAEL RAY LAUNCHES WRIGLEY CARES: HELPING ANIMALS IN NEED ALONGSIDE 2017 “GET TO YOU” TOUR 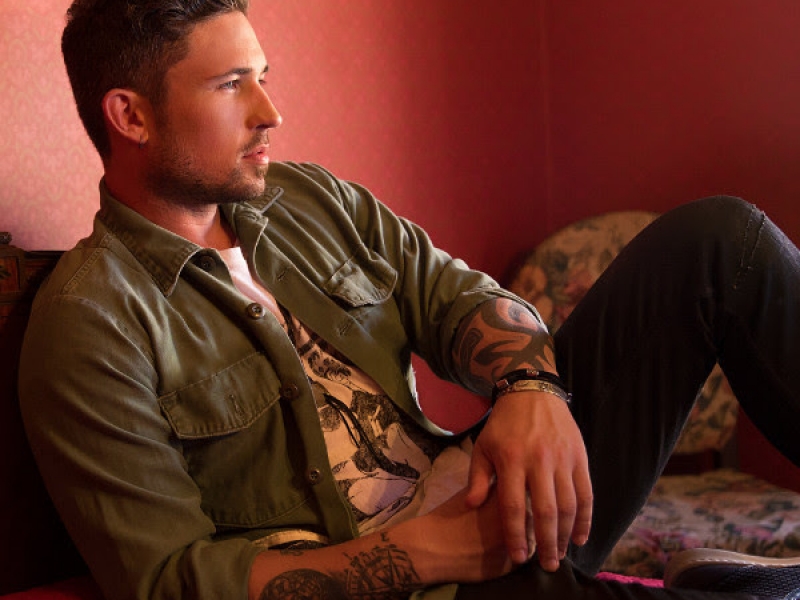 Inspired by his rescue dog Wrigley, Michael Ray readies his “Get To You” Tour with the launch of a special initiative, Wrigley Cares: Helping Animals In Need. The Gold-selling artist, whose latest single “Get To You” is currently climbing the charts, will collect donations with help from Zappos For Good and local animal shelters. Wrigley Cares: Helping Animals In Need kicked off yesterday (10/5) as Ray took the stage for opening night in Tuscaloosa, AL. Since adopting Wrigley earlier this summer at Chicago’s Country Lakeshake Fest, Ray has been searching for impactful ways he and his fans can give back to rescued animals.

“Wrigley is a huge part of my life – she’s on the road with us and she’s there for all the major moments,” shared Ray. “She changed my life back in June and I’m hoping we can change the lives of other shelter dogs by lending a helping hand.”

The Atlantic Records/Warner Music Nashville recording artist logged thousands of miles in 2017 and will wrap the year with his second headline tour. Already achieving two No. 1 singles, Ray’s anticipated lead single “Get To You” notched the most-added on the country airplay charts upon release and previews his forthcoming sophomore album.

Zappos for Good, the charity team at Zappos.com, will amplify Wrigley Cares by identifying local shelters in need and setting up donation station at each tour stop. Concert attendees can drop supplies at the donation stations and receive a special discount code redeemable on Ray merchandise. All donations are welcome and each local shelter is specifically looking for: dry/wet dog and cat food in addition to new/slightly used towels and blankets which will be used to line shelter crates.
“We’re thrilled to work with Michael Ray and team to help support animal rescue,” said Steven Bautista, Head of Charity for Zappos.com. “We’re passionate about animal welfare and see this adoption event as an extension of our core, which is customer service.”

*Denotes dates Devin Dawson will not appear on.

About Michael Ray
March 2017 brought Michael Ray his 2nd No.1 single with “Think A Little Less” off his debut self-titled album. This followed his first No. 1 single, “Kiss You In The Morning” which went to the top spot in just 24 weeks. Ray continues to grow his following, having toured with Sam Hunt, Kip Moore, Brantley Gilbert and Darius Rucker and wrapped up his own first 40 city headlining tour last year.

Michael was raised in Eustis, Florida an hour from Orlando, and grew up hunting alligators and fishing for tarpon at the end of white sand dirt roads. The child of a family full of musicians, he began his professional career before he was a teenager, graduated to the bar scene as soon as he could drive and hasn’t let up on the pedal since. When he decided it was time to move to Nashville, the work Ray had put in began to pay off quickly as he landed a publishing contract with Warner/Chappell Music and a record deal with Atlantic Records /Warner Music Nashville.

In between touring, Michael has been recording his new album this year, with the first single, "Get To You" at country radio now.