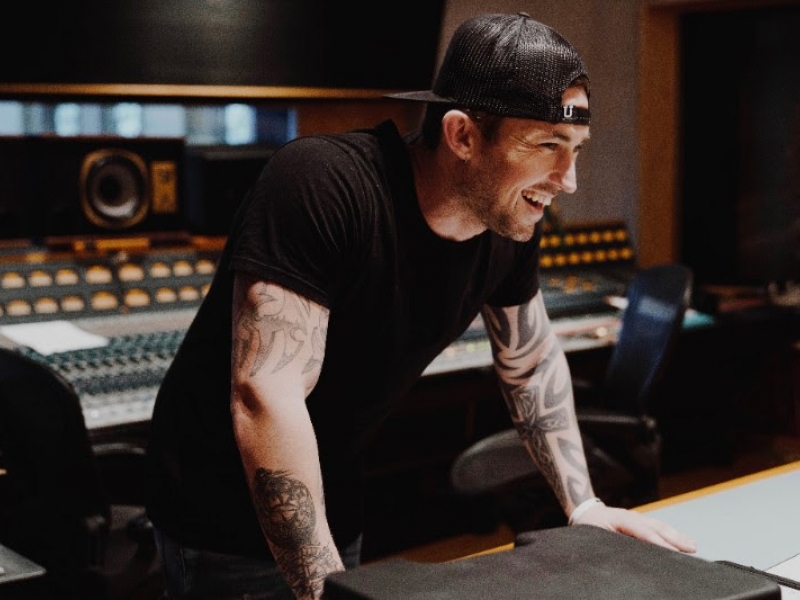 Michael Ray burst onto the scene with his self-titled, debut album featuring two RIAA Gold-certified No. 1 hits, “Kiss You in the Morning” and “Think A Little Less.” Now, the Florida native is set to release his true introductory album, Amos, June 1 on Atlantic Records/Warner Music Nashville.

Promising his most personal to date, the album is named after Ray’s grandfather, Amos, who was a huge influence on him not just musically--also in fueling his love for country music. In fact, Ray first began singing and performing in his grandfather’s band when he was only nine years old. To this day he still plays Amos’ hand-me-down guitar, a 1978 Les Paul, as a reminder of the time they spent together sharing stories, learning songs and making memories.

One memory in particular stays with Ray to this day: “The day I made my debut on the Opry stage, all I could think about was how he would be so proud,” Ray shares of his late grandfather, whose passing was just two months prior to his first bow on her stage. Ray was set to fulfill the dream they crafted over a decade before while touring dive bars, American legions and pool halls when he got the call from his family that Amos had suffered a heart attack.  “Looking back, that moment was a pivotal one--our family lost its patriarch. So, when we started making this record, before I would record vocals on the song I would ask myself, ‘is this a song I would have played proudly for him?’ It makes this album that much more special to think he would have said, ‘Ray, that’s a good one.’”

Amos features 11 tracks including Ray’s current top 20 and climbing single, “Get To You.”