MICHAEL RAY DISCUSSES THE IMPORTANCE OF HEART HEALTH ON “THE DOCTORS” 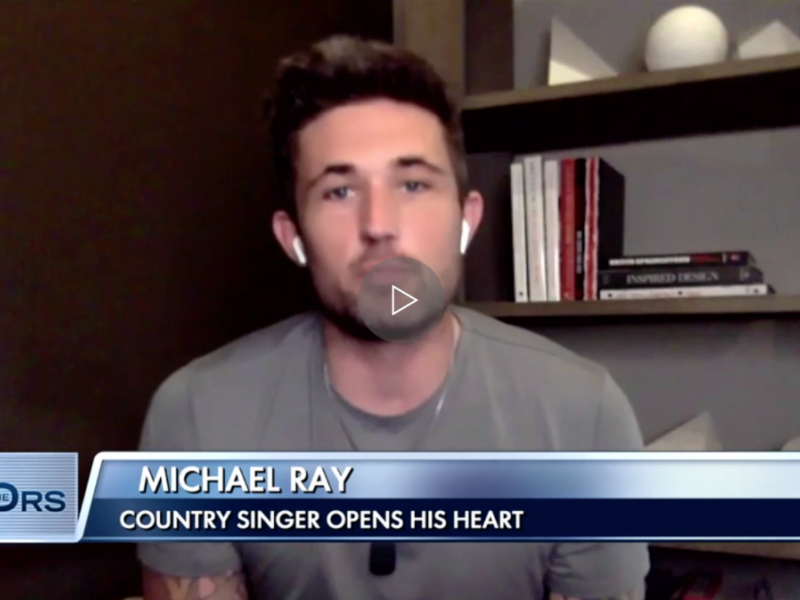 NASHVILLE, Tenn. – With touring on hold, country singer-songwriter Michael Ray has spent his time off the road connecting with fans through his weekly livestream series Honkytonk Tuesday, as well as focusing on his health after recently losing both his uncle and grandfather from heart complications. Today, Friday, Feb. 12, the Florida-native joins “The Doctors” to discuss the critical role staying connected to fans has played in maintaining his mental health, as well as the importance of regular physical check-ups and staying healthy.

“My dad has had open heart surgery twice. My grandfather had open heart surgery and passed away from complications. My uncle actually had a heart attack and later passed away from heart disease,” shares Ray. “I really want to use my platform to encourage men and women to get that checked out at an early age because a lot of things my dad probably could have prevented, would have been able to be prevented if he had been to a doctor.”

Over the last year, Ray leaned into social media to stay in touch with his artistry and fans. His weekly livestream series dubbed Honkytonk Tuesday, showcasing his love for classic country, drew in over 700,000 views in 2020 and placed him at No. 32 on the 2020 Pollstar Top 100 Livestreamers Year End list.

The hitmaker hosted his Warehouse Sessions livestream on Thursday, Feb. 11, featuring live performances with his full band, including his current single “Whiskey And Rain.” As a special treat for fans, Ray has released the live version, available everywhere now. The Warehouse Sessions Concert Event is available HERE until 6 p.m. CT tonight, Feb. 12.

Currently Top 50 and climbing on the Mediabase and Billboard country charts, “Whiskey And Rain,” written by Jesse Frasure and Josh Thompson, has been streamed over 10 million times since its fall release. The Ross Copperman-produced track has been described as “tap[ping] into the moody, sultry, darker sounds of the ‘90s” by MusicRow, while Billboard notes “the tune is a throwback to brooding songs from the ‘80s and ‘90s with solid production by Ross Copperman highlighting Ray’s vulnerable delivery.”

“Whiskey And Rain,” described by Rolling Stone as “equal parts Ronnie Milsap and Gary Allan, a mix of the piano man’s Eighties swing and the Nineties lonesomeness of Allan’s Smoke Rings in the Dark,” follows two hit albums, three No. 1s and five RIAA Gold-certified singles, such as “One That Got Away,” “Think A Little Less” and “Her World Or Mine.” Ray continues to write for his current project, coming soon.

About Michael Ray:
For Michael Ray, music is his grandfather singing and sweating on a rural Florida stage. It’s the childhood refuge he found during the pain of his parents’ divorce. It’s family and stories, history and hope. Ray says music saved him, but it did even more: Music made him. In four short years, Ray has built an impressive foundation. Three No. 1 songs “Kiss You in the Morning,” “Think a Little Less,” and “One That Got Away,” plus “Get to You” and “Her World or Mine,” brings his tally to five Gold-certified singles. The poignant “Her World or Mine”––the third song off of his sophomore album Amos––also produced a video that has captured more than 23 million YouTube views since its debut less than a year ago. Now, two hit albums into that all-too-rare blend of critically acclaimed and commercially successful career, Ray has released “Whiskey and Rain,” the first single off of his upcoming project produced by GRAMMY-nominated song whisperer Ross Copperman. Proof that heartbroken wallowing can feel good if it swings, “Whiskey And Rain” has garnered over 10 million streams since its release, cementing Ray as the ideal bridge between vintage country cool and modern country’s best sounds. Learn more about Ray at MichaelRayMusic.com or follow him on Instagram and Twitter @MichaelRayMusic and Facebook.com/MusicMichaelRay.