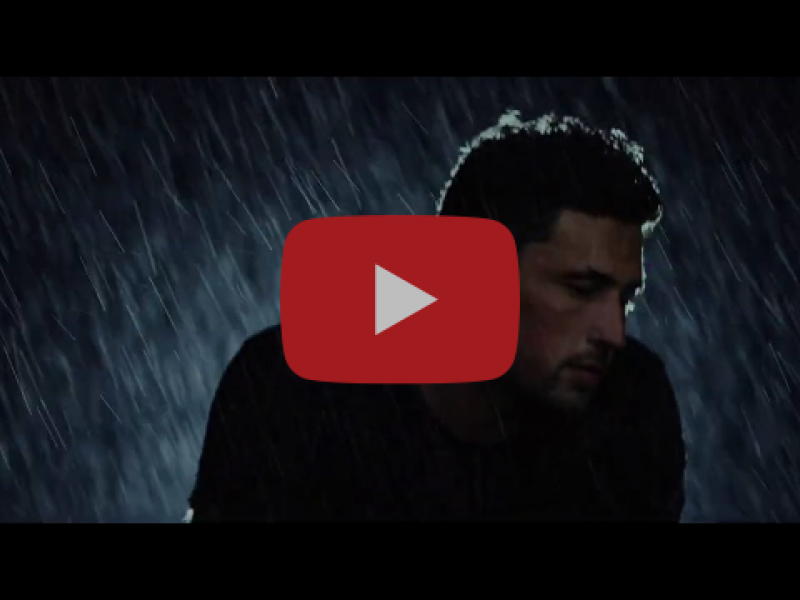 Music has always been a refuge for Michael Ray. Country music to him is family and stories, history and hope. As a fan, Ray relies on songs rich in storytelling, and as an artist, Ray believes in connecting with fans, whether they’re celebrating or in a tough spot.

Now with two hit albums, five RIAA-Gold certified songs and three No. 1’s Ray is looking back on the songs and heroes he grew up with, primed to bring back the kind of music that made him with lead single “Whiskey And Rain,” available now on all platforms accompanied by a performance video, from his forthcoming third project.

“Country music fans have allowed me to grow through my last two albums, and I can’t thank them enough for believing in me and the music. I’m very proud of everything we’ve done,” shares Ray.

“And with this project especially, I really reminded myself that I’m a fan too,” he continues. “It was a country music song that made me pick up a guitar and move to Nashville ten years ago. Keeping a fan-first mindset gave me the confidence to include really honest, vulnerable songs. It’s different than anything I’ve ever done.”

Yeah whiskey and rain coming down, coming down
Splash of bourbon in a glass
Yeah pouring something on the pain
Let it drown, let it drown
Trying to wash away the past
Since my blue sky, sunshine, whole life
Hopped on that midnight train
‘Til the bottle runs out or the clouds roll away
It’s just the whiskey and rain

Well-versed in traditional and nostalgic 90’s country, Ray is a bridge between the genre’s past and present, citing heroes such as Earl Thomas Conley and Tim McGraw, and ready to make his own distinct contribution.

“I went to Ross (Copperman) with the idea that I wanted to be my authentic self on this record, because now I truly know who that is. I thought, ‘If we could marry what I love and pair it with his melodic talent to create this 90’s/now sound, I think that would work.’ And it has. It’s been such a cool process working with him.”

With touring currently on hold, Ray has established a weekly virtual series, Honkytonk Tuesday, where he is joined by surprise guests to perform their favorite ‘80s and ‘90s tunes. To-date, Ray has been joined by Clint Black, Mark Wills, Marty Raybon, Aaron Tippin and Steve Wariner, among others. Honkytonk Tuesdays are streamed live on Ray’s YouTube, Facebook and Twitter at 7 p.m. CT and shared on Instagram immediately following the stream.

About Michael Ray
For Michael Ray, music is his grandfather singing and sweating on a rural Florida stage. It’s the childhood refuge he found during the pain of his parents’ divorce. It’s family and stories, history and hope. Ray says music saved him, but it did even more: Music made him. In four short years, Ray has built an impressive foundation. Three No. 1 songs “Kiss You in the Morning,” “Think a Little Less,” and “One That Got Away,” plus “Get to You” and “Her World or Mine,” brings his tally to five Gold-certified singles. The poignant “Her World or Mine”––the third song off of his sophomore album Amos––also produced a video that has captured more than 19 million YouTube views since its debut less than a year ago. Now, two hit albums into that all-too-rare blend of critically acclaimed and commercially successful career, Ray has released “Whiskey and Rain,” the first single off of his upcoming project produced by GRAMMY-nominated song whisperer Ross Copperman. Proof that heartbroken wallowing can feel good if it swings, “Whiskey and Rain” also cements Ray as the ideal bridge between vintage country cool and modern country’s best sounds. See Ray live every Tuesday on his Honkytonk Tuesday virtual series, where he plays his favorite ‘80s and ‘90s tunes with surprise guests. Learn more about Ray at MichaelRayMusic.com or follow him on Instagram and Twitter @MichaelRayMusic and Facebook.com/MusicMichaelRay.