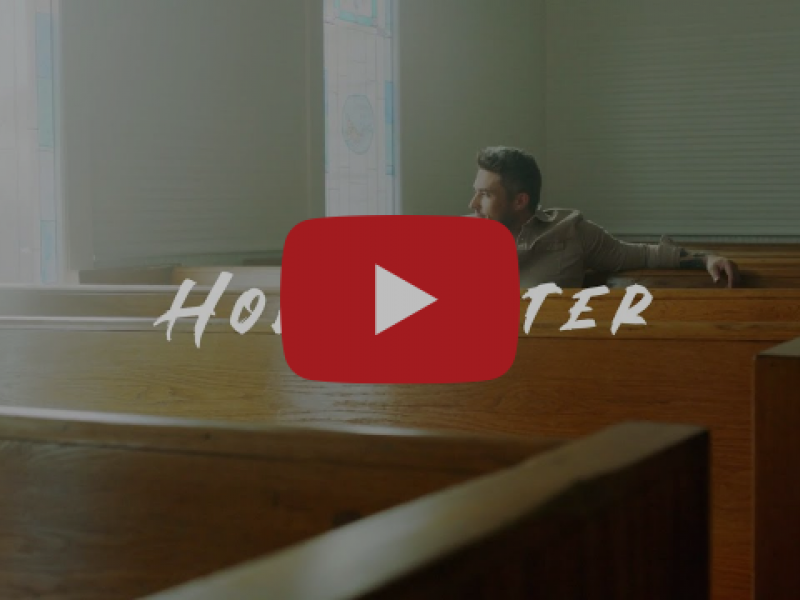 NASHVILLE, Tenn. – Following the song’s debut at Country radio, hitmaker Michael Ray premieres the official music video for “Holy Water” today, March 16, at 4pm CT via YouTube. Ray will join for a special livestream ahead of the premiere at 3:45pm CT.

Directed by Spidey Smith and filmed near the Florida-native’s hometown of Eustis, “Holy Water” follows the engrossing story of a Florida preacher and his lucrative midnight side hustle. Written by Ashley Gorley, Hunter Phelps, Ben Johnson and Michael Hardy, “Holy Water” offers a prime example of Ray’s ability to sing mouthfuls of detail with the smooth, unhurried delivery of a veteran storyteller:

Somewhere inside them back Florida pines there’s a town with a Choctaw name
There’s a little white church in a real tight curve on the edge of a field full of grain
Yeah, the preacher was a stand-up man shaking hands every Sunday morning at the door
He loved his congregation, but he ran an operation selling more than the word of the Lord

“Holy Water” follows Ray’s fourth No. 1 single “Whiskey And Rain,” which marked his first multi-week chart topper, and to celebrate, Ray has partnered with MusicFX.io (“MusicFX”) for his very first NFT. The Michael Ray No. 1 Country Music Airplay Commemorative NFT will be strictly limited to just 100 tokens for fans to enjoy this achievement alongside him. The NFT will drop exclusively on MusicFX on March 22, 2022.

One lucky fan will receive a Golden Ticket NFT along with their No. 1 Country Music Airplay Commemorative NFT, earning them two tickets with VIP passes to meet Ray at a show of the fan’s choosing, while another five fans will receive a Bronze Ticket bonus that will reward them with an exclusive MusicFX Michael Ray merch pack.

About Michael Ray
For Michael Ray, music is his grandfather singing and sweating on a rural Florida stage. It’s the childhood refuge he found during the pain of his parent's divorce. It’s family and stories, history and hope. Ray says music saved him, but it did even more: Music made him. In five short years, Ray has built an impressive foundation: four No. 1 songs – RIAA Platinum-certified “Think a Little Less,” RIAA Gold-certified “Kiss You in the Morning,” RIAA Gold-certified “One That Got Away” and RIAA Gold-certified “Whiskey And Rain” – plus “Get to You” and “Her World or Mine,” brings his tally to five Gold-certified singles. Ray has garnered over 1 billion global streams, over 650,000 album equivalents, over 100 million YouTube views, and has performed at the Grand Ole Opry over 60 times. Now, two hit albums into that all-too-rare blend of critically acclaimed and commercially successful career, Ray has released Higher Education, a seven-song collection produced by GRAMMY-nominated producer Ross Copperman. Proof that heartbroken wallowing can feel good if it swings, “Whiskey And Rain” marked his first multi-week No. 1, cementing Ray as the ideal bridge between vintage country cool and modern country’s best sounds. His latest single “Holy Water” is impacting Country radio now. Learn more about Ray at MichaelRayMusic.com or follow him on Instagram and Twitter @MichaelRayMusic and Facebook.com/MusicMichaelRay.