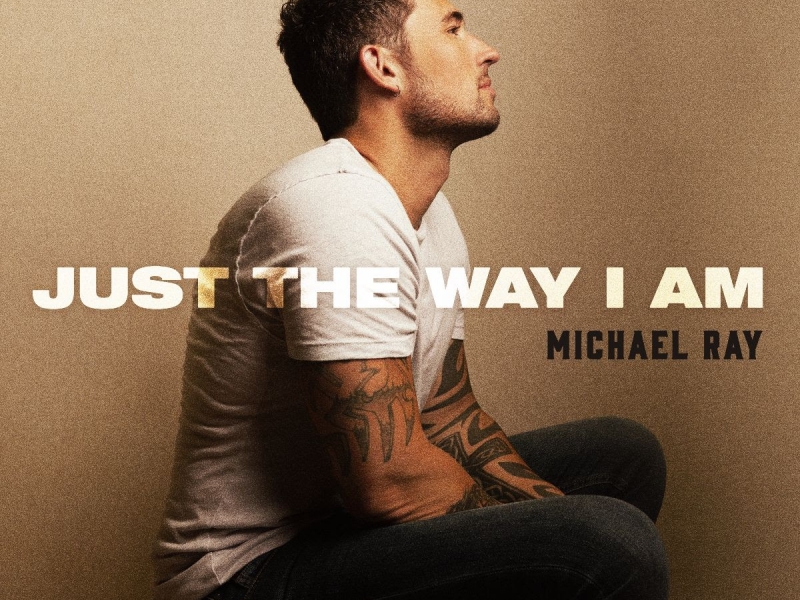 “Whiskey And Rain” Continues Climbing the Charts at Country Radio

NASHVILLE, Tenn. – Hitmaker Michael Ray announces more new music from his upcoming project due later this summer, “Just The Way I Am,” a song that recognizes that people aren’t all good or all bad, balancing grinning self-deprecation with honesty and pride. “Just The Way I Am” is set for release Friday, July 30 and is available to pre-save HERE.

“This song really feels autobiographical for me,” shares Ray. “It touches on the good parts of people while still acknowledging that they have faults and flaws, myself included. I relate to it so fully, that it feels like I could have written it. I hope that when fans hear it, they understand more about me and maybe even relate to it themselves.”

Written by Michael Hardy, Ben West and Josh Miller, “Just The Way I Am” finds Ray’s smooth vocals painting a character that feels like a portrait of someone we all know in the first verse:

The first of many new tracks from Ray, his current single “Whiskey And Rain”– praised by Rolling Stone for “embracing a natural throwback country sound”– is currently climbing the charts at country radio as it reaches 38 million on-demand streams.

“Just The Way I Am” follows the release of “Picture,” written shortly after the unexpected passing of his Uncle Terry and penned with Michael Hardy and David Garcia. “Picture” is about memories made and memories still to make, with American Songwriter sharing the track “captures both the existential crisis and the understanding to celebrate life that often comes during the grieving process,” while MusicRow boasts, “Because one day all you will have is the memory and a photo. A lovely sentiment, a pretty melody and a sincere performance. What’s not to love?”
Catch Ray out on the road with his Just The Way I Am 2021 Tour, as it continues tonight in Point Pleasant Beach, N.J. and wraps in the fall at the Tortuga Music Festival in Ft. Lauderdale, Fla. Tickets are available at MichaelRayMusic.com.

About Michael Ray
For Michael Ray, music is his grandfather singing and sweating on a rural Florida stage. It’s the childhood refuge he found during the pain of his parents’ divorce. It’s family and stories, history and hope. Ray says music saved him, but it did even more: Music made him. In four short years, Ray has built an impressive foundation. Three No. 1 songs – “Kiss You in the Morning,” “Think a Little Less,” and “One That Got Away” – plus “Get to You” and “Her World or Mine,” brings his tally to five Gold-certified singles. The poignant “Her World or Mine” from his sophomore album Amos also produced a video that has captured more than 26 million YouTube views since its debut less than a year ago. Now, two hit albums into that all-too-rare blend of critically acclaimed and commercially successful career, Ray has released “Whiskey and Rain,” the first single off of his upcoming project produced by GRAMMY-nominated song whisperer Ross Copperman. Proof that heartbroken wallowing can feel good if it swings, “Whiskey And Rain” has garnered 38 million streams since its release, cementing Ray as the ideal bridge between vintage country cool and modern country’s best sounds. Catch Ray this summer on his 21-stop Just The Way I Am Tour, kicking off June 13 in Myrtle Beach, S.C. Learn more about Ray at MichaelRayMusic.com or follow him on Instagram and Twitter @MichaelRayMusic and Facebook.com/MusicMichaelRay.