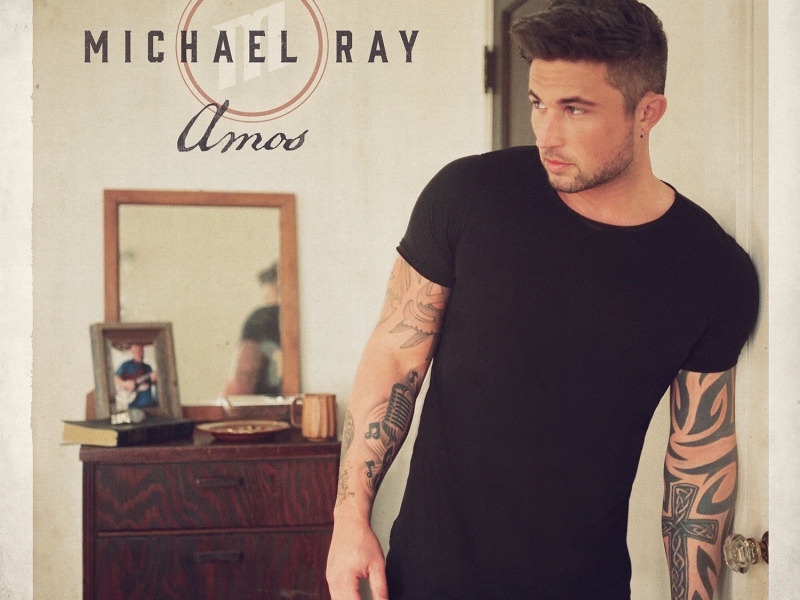 When Michael Ray re-entered the studio to begin recording his sophomore album, Amos, he felt it was going to be special.

The album is named after Ray’s grandfather, who passed away just two months prior to Ray’s debut on the Grand Ole Opry. It was Amos who inspired Ray’s passion for music, inviting him to play with the family band from the time he was just 9 years old and ultimately shaping him into the musician and man he is today. The 11-song collection is set for release on Friday, June 1, and fans can pre-order the album today and immediately listen to current Top 20-and-climbing single, “Get To You,” as well as Ray’s show opener “Fan Girl.”

“When it came time to pick the next song for fans to hear, I listened to the fans," shares Ray. “For months we have been playing these songs on the road and we start most every show with 'Fan Girl,' so it was time to put this song in their hands. The lyrics, ‘You give me that front row feeling/Screaming with my hands up/Walk in the room and everybody stands up,’ create such a powerful visual. That -- equated to how you feel about a girl -- is a perspective I had not heard before, yet I know exactly what that feeling is."

Amos, produced by Scott Hendricks (Alan Jackson, Faith Hill, Blake Shelton), features songs like the nostalgic mid-tempo “Summer Water,” which evokes memories of Ray’s upbringing on the waters of central Florida, to “Dancing Forever” a sweet ballad that Ray says he can imagine his dad and younger sister dancing to on her wedding day, and “Drink One For Me” in which Ray pays tribute to his friends in the military as well as Amos, the album offers a closer look at Ray’s Southern roots.