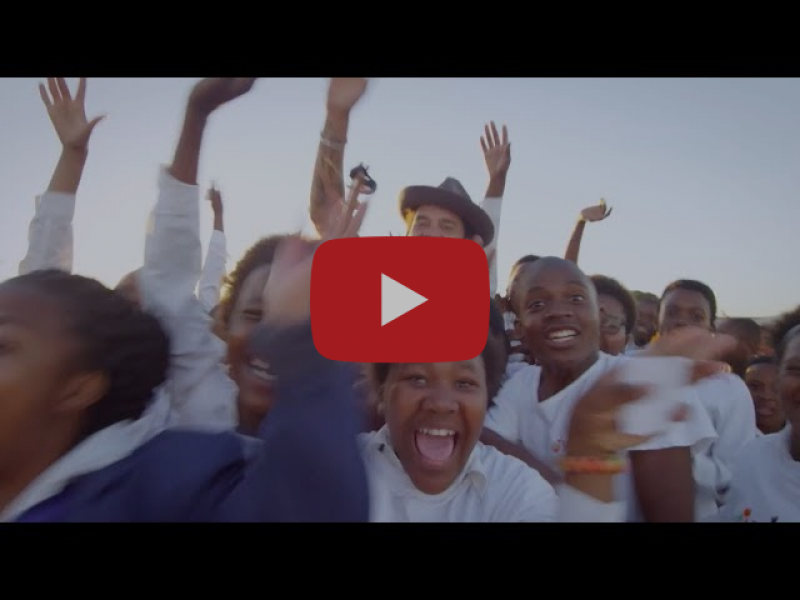 The award-winning film “Stay Human,” directed by Michael Franti and coined by Woody Harrelson as “the film every human needs to watch right now,” will have a 24-hours-only YouTube screening, partnered with Levi’s®, beginning on Wednesday, April 22 at 7 p.m. CT, with a live watch party with Franti, celebrating Earth Day’s 50th Anniversary. Watch the trailer HERE.

“‘Stay Human’ is a film about five inspiring people from around the world who helped me personally in my own personal battle between cynicism and optimism,” shared Franti. “In this incredibly challenging time, I know you will find hope in all of the stories in this film, just as I did when I met each of these people in person.”

With the belief that this film is best viewed in community, the screening, in partnership with Levi’s®, will be hosted on YouTube to bring “Stay Human” into homes all around the world for free and will be available for 24 hours to allow all time zones to experience it. He will also host an Instagram live Q&A and acoustic performance immediately following the initial screening.

Prior to the “Stay Human” YouTube premiere, Franti will host a special live Earth Day Q&A with Levi’s® CMO Jen Sey via Instagram @MichaelFranti at 1:30 p.m. CT, followed by an acoustic performance on Levi’s Instagram @Levis at 2:00 p.m. CT.

The premiere of “Stay Human” is dedicated to Steve Dezember, a dear friend of Franti’s who took part in the film and unfortunately finished his battle with ALS this month. Dezember inspired Franti and wife Sara to create their wish granting organization Do It For The Love which brings people with brings those with life threatening illnesses, veterans and children with severe challenges to concerts worldwide. Since its founding, they have granted over 3,300 wishes and sent over 12,000 people to live music events. For more information and to support Do It For The Love, please visit: www.doitforthelove.org.

Michael Franti & Spearhead continue to foster their community both on and off stage with a wish granting non-profit, Do It For The Love, founded by Franti and his wife, Sara. Do It For The Love brings those with life threatening illnesses, veterans, and children with severe challenges to concerts worldwide, fulfilling over 3,300 wishes and touching the lives of over 12,000 people to date. Franti also owns SOULSHINE Bali, a 32-room top-rated yoga retreat hotel located in Ubud, Bali. Amidst touring, Michael Franti & Spearhead have been in recording studios in Nashville, Los Angeles, and San Francisco working with A-list writers and producers on their most diverse record yet, set for release in summer 2020.

About the Levi’s® Brand
The Levi’s® brand epitomizes classic American style and effortless cool. Since their invention by Levi Strauss & Co. in 1873, Levi’s® jeans have become one of the most recognizable garments of clothing in the world—capturing the imagination and loyalty of people for generations. Today, the Levi’s® brand portfolio continues to evolve through a relentless pioneering and innovative spirit that is unparalleled in the apparel industry. Our range of leading jeanswear and accessories are available in more than 110 countries, allowing individuals around the world to express their personal style. For more information about the Levi’s® brand, its products and stores, please visit levi.com.