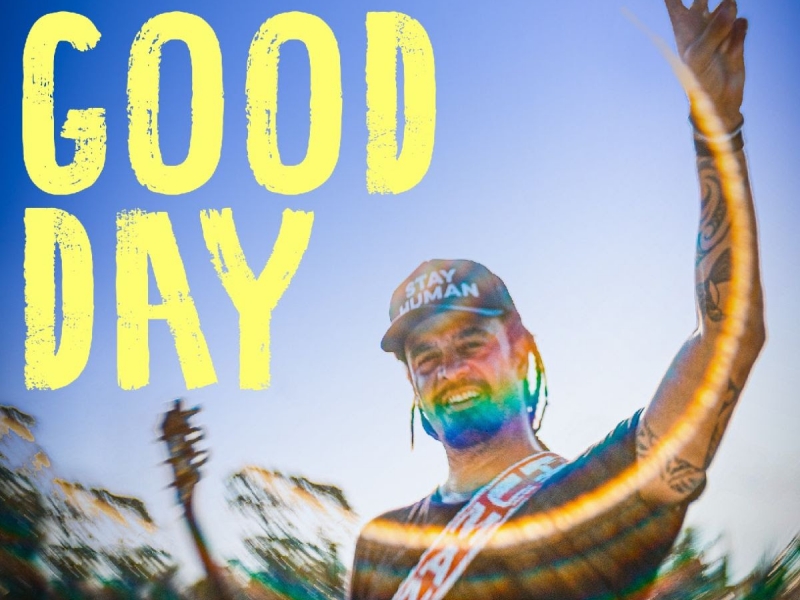 Tickets On Sale Now for the Good Day For A Good Day World Tour
And Soulshine at Sea Cruise from Miami to Great Stirrup Cay, Bahamas

UBUD, Bali – Proclaimed by Entrepreneur as a “ground-breaking musician” and having an “emphasis on melody and uplift that tracks with the singer-songwriter's evolving spirituality,” Michael Franti & Spearhead release their new single “Good Day For A Good Day,” written and produced solely by Franti. The song is available everywhere now and will impact radio Monday, July 12.

“We’ve been blown away by the enthusiasm our fans have shown so far for the Good Day For A Good Day World Tour and the Soulshine at Sea Cruise, and we thought we’d celebrate by releasing a new song for Soulrockers to sing along with us!” shares Franti.

“‘Good Day For A Good Day’ is about how sometimes we can make the choice to have an enjoyable day, despite the circumstances we may face in our usual routines,” the Bay-area native notes. “Sometimes you just need to have a good day to help you get through to the next one.”

Michael Franti & Spearhead continue to thrill fans around the globe with the Good Day For A Good Day World Tour, kicking off this summer in the U.S. through the end of 2021, followed by 13 European dates in early 2022. Tickets will are on sale now at MichaelFranti.com.

Known for addressing social issues that impact the world through positivity and optimism, Franti released “You Will Always Hear My Echo” on June 4, Gun Violence Awareness Day, confronting the issue that continues to sweep across the U.S. and claim the lives of over 100 people a day, resulting in nearly 40,000 deaths from gun violence annually. The track is available on all streaming platforms HERE and the video is available HERE.

Michael Franti & Spearhead released their 11th studio album Work Hard And Be Nice last year, which included lead single “I Got You,” the band’s first Billboard No. 1 in nearly 10 years, and was also featured on NPR’s mid-year and end-year “Heavy Rotation: Public Radio’s Most Popular Songs of 2020,” sharing, “Michael Franti’s infectious groove is unmistakable. From the opening chords to the percolating rhythm, it’s easy to get caught up in the positivity he exudes.”

About Michael Franti
Michael Franti is a globally recognized musician, humanitarian, activist, and award-winning filmmaker revered for his high-energy live shows, inspiring music, devotion to health and wellness, worldwide philanthropic efforts and the power of optimism. Throughout his multi-decade career, Franti has earned three Billboard No. 1’s with triumphantly hopeful hits “Sound of Sunshine,” “Say Hey (I Love You)” and “I Got You,” as well as six Top 30 Hot AC singles, nine Top 25 AAA Singles and three Billboard Top 5 Rock Albums. “I Got You,” lead single from his latest album Work Hard And Be Nice, marked Franti’s first No. 1 in nearly 10 years and landed on NPR’s “Most Popular Songs of 2020,” while the music video boasts over 1 million views since its release. Michael Franti & Spearhead’s latest single “Good Day For A Good Day” is available everywhere now and impacts radio on Monday, July 12.

Michael Franti & Spearhead will embark on the] Good Day For A Good Day World Tour this summer, kicking off in the U.S. through the end of 2021, including the five-day Soulshine at Sea cruise Nov. 3-7 sailing from Miami, Fla. to Stirrup Cay, Bahamas, followed by 13 European dates in early 2022. Tickets are on sale now at MichaelFranti.com.

Lyrics for “Good Day For A Good Day” HERE.