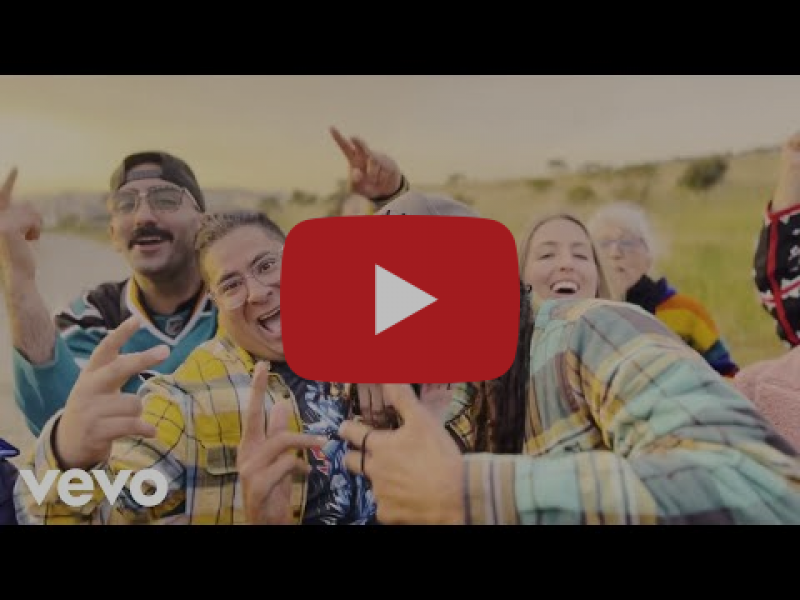 VAIL, Colo. – Michael Franti has long been revered for his inspiring music, worldwide philanthropic efforts and the power of optimism. Deemed by NPR as “equal parts musician and activist,” Franti continues to offer opportunities for gratitude, solidarity and celebrating how we get through the greatest ups and downs of our lives with our body, mind and soul still intact with Follow Your Heart, released today via Thirty Tigers. Follow Your Heart is available to purchase and stream on all platforms HERE.

“One thing I learned these last couple of years is that people need people,” shares Franti. “I wrote many songs about connection, resilience and finding the light, even in the midst of all the crazy. Somewhere in there we find resilience.

“This album means so much to me. It’s my favorite album that we’ve ever done,” he adds. “It’s about how we get through this crazy time that we’re living in; how we find the optimism and the joy, but mainly to follow our hearts and listen to the voice inside you to find passion and purpose.”

“‘Brighter Day’ is a song about never giving up, even when life feels overwhelming,” Franti elaborates. “When the issues of the world seem impossible to fix, and when your heart feels like it’s being ripped into pieces, lean into those you love for strength and support.

Filmed in Bali, the official music video features people from all walks of life.

“I wanted to create a clip that would inspire clarity of purpose during these troubled times,” offers Franti. “To keep fighting for what you believe in: for equality/equity, justice, hope, courage, for those you love, for those you never met before, and for your own ease of heart and mind – and the commitment to find joy and connection through it all, even as the world around us seems to be completely broken.”

As Franti & Spearhead recently announced additional dates to the Follow Your Heart World Tour, bringing the North American leg to over 60 shows, fans will have ample opportunity to catch the electrifying performer as the tour continues this weekend in Vail, Colo. tonight at the Gerald R. Ford Amphitheater and tomorrow’s sold-out show at Red Rocks Amphitheatre. Tickets for the “Michael Franti & Spearhead: Live from Red Rocks Amphitheatre” livestream are available now via Mandolin.

“I believe that every single person, whether you’re a gun owner or not, has a role to play in reducing and ending the gun violence epidemic in our country,” shares Franti. “And it starts with raising awareness and speaking up.”

Michael Franti & Spearhead kicked off the Follow You Heart World Tour earlier this spring, performing across North America through the summer, before heading to Europe in early 2023. Tickets are on sale now at MichaelFranti.com.

Michael Franti & Spearhead continue to foster their community both on and off stage with a wish granting non-profit, Do It For The Love, founded by Franti and his wife, Sara. Do It For The Love brings those with life threatening illnesses, veterans, and children with severe challenges to concerts worldwide, fulfilling over 3,300 wishes and touching the lives of over 12,000 people to date. Franti also owns SOULSHINE Bali, a 32-room top-rated boutique retreat hotel located in Ubud, Bali.