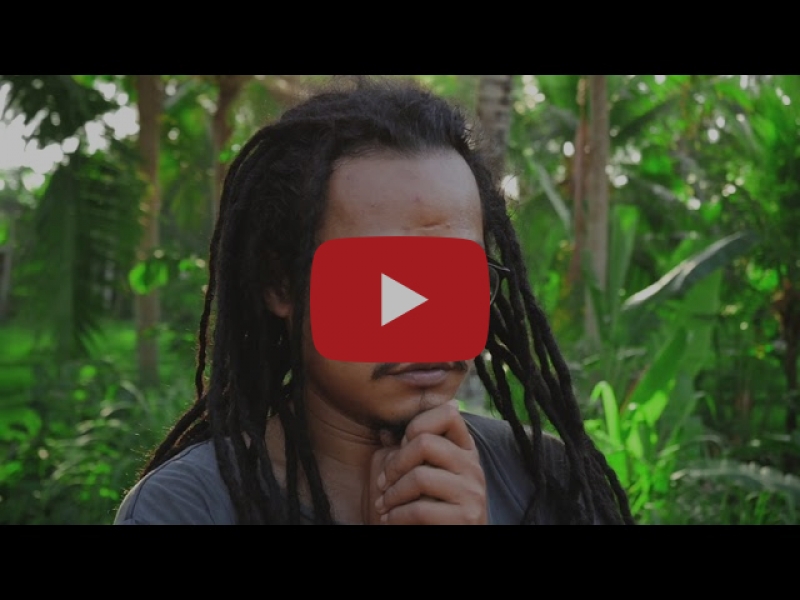 LOS ANGELES, Calif. – Entrepreneur proclaims him as a “ground-breaking musician,” having an “emphasis on melody and uplift that tracks with the singer-songwriter's evolving spirituality,” and it is that spirit Michael Franti & Spearhead capture and hold onto in the music video for their single, currently on its way to the Top 25 at Triple A Radio, “Good Day For A Good Day.”

The Bay-area native joined “Good Day LA” this morning to chat about and perform the song live in-studio, sharing that the single is “speaking to the fact that sometimes we have to retune our minds to feel like we can have a good day, because we’re not always going to get one. Not every day is perfect, but we can retune our minds to find those good days and good moments.”

With additional new music on the horizon, Franti notes, “One thing I learned during these last 18 months is that people need people. I wrote many songs, including ‘Good Day For A Good Day’ about connection, resilience and finding the light even in the midst of all the crazy. It’s possible to find ease of heart. Somewhere in there we find resilience and sometimes in between all the disastrously rough days we get a really good one.”

Franti & Spearhead will close out the 2021 leg of their Good Day For A Good Day World Tour with two additional dates on Sept. 25 in Mesa, Ariz., and Oct. 3 in San Francisco, Calif., following a run of 20 dates throughout the U.S. featuring multiple sold-out shows and the band’s momentous return to Red Rocks earlier this summer.

In addition to the band’s traditional touring, Franti & Spearhead will headline their own cruise in a new partnership with Sixthman, Soulshine at Sea, Nov. 3-7, 2021. After supporting over ten cruises in his career, Franti will embark on his first-ever hosted cruise which will not only have an incredible and diverse musical lineup including Fitz and The Tantrums, Allen Stone, Niko Moon and more, but features a heavy focus on health and wellness, too.

The inaugural four-day voyage will set sail from Miami, Fla. to Great Stirrup Cay, Bahamas and will include exclusive performances, uniquely curated on-board activities hosted by Franti and other guests, daily yoga and HIIT classes, wellness coaching, live “Stay Human” podcast tapings and more. Guests will also have access to healthy menu options including vegan offerings around the clock, an on-board juice bar, cooking demos and more. With sustainability and the environment top of mind, Michael Franti will be working with partner, REVERB, to offset the carbon footprint while sailing.

Franti & Spearhead released their 11th studio album Work Hard And Be Nice last year, which included lead single “I Got You,” the band’s first Billboard No. 1 in nearly 10 years, and was also featured on NPR’s mid-year and end-year “Heavy Rotation: Public Radio’s Most Popular Songs of 2020,” sharing, “Michael Franti’s infectious groove is unmistakable. From the opening chords to the percolating rhythm, it’s easy to get caught up in the positivity he exudes.”

About Michael Franti
Michael Franti is a globally recognized musician, humanitarian, activist, and award-winning filmmaker revered for his high-energy live shows, inspiring music, devotion to health and wellness, worldwide philanthropic efforts and the power of optimism. Throughout his multi-decade career, Franti has earned three Billboard No. 1’s with triumphantly hopeful hits “Sound of Sunshine,” “Say Hey (I Love You)” and “I Got You,” as well as six Top 30 Hot AC singles, nine Top 25 AAA Singles and three Billboard Top 5 Rock Albums. “I Got You,” lead single from his latest album Work Hard And Be Nice, marked Franti’s first No. 1 in nearly 10 years and landed on NPR’s “Most Popular Songs of 2020,” while the music video boasts over 1 million views since its release. Michael Franti & Spearhead’s latest single “Good Day For A Good Day” is available everywhere now as it nears the top 25 at Triple A Radio.

Michael Franti & Spearhead will embark on the five-day Soulshine at Sea cruise Nov. 3-7 sailing from Miami, Fla. to Stirrup Cay, Bahamas, followed by Good Day For A Good Day World Tour European dates in early 2022. Tickets are on sale now at MichaelFranti.com.