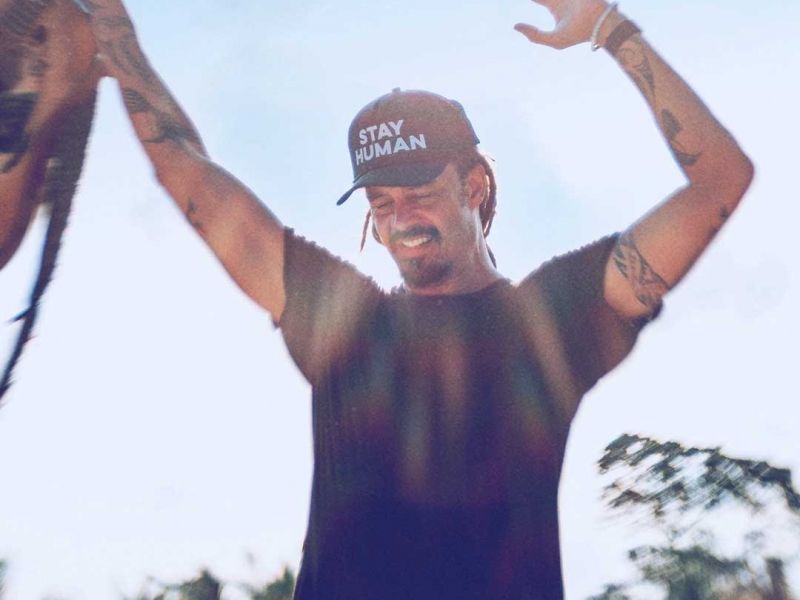 On the heels of their return to in-person shows earlier this month in Colorado, Michael Franti & Spearhead continue to thrill fans around the globe with the announcement of the Good Day For A Good Day World Tour, kicking off this summer in the U.S. through the end of 2021, followed by 13 European dates in early 2022. Tickets will go on sale this Friday, June 18 at 10am local time at MichaelFranti.com.

“After an emotional weekend playing our first shows back since the pandemic began, the wait is finally over! We are kicking off our Good Day For A Good Day World Tour this August with over 20 U.S. dates – some old, some moved – our Soulshine at Sea Cruise this November and 13 dates overseas in 2022,” shares Franti. “My heart is full. I’m energized and ready to hit the road again!”

“We are stoked to be announcing the lineup for Soulshine at Sea because we believe in the power of music; the connection of community; taking time to focus on health and wellness; and that in these challenging times, it’s important to have fun and rock out too,” shares Franti.

“We’ve put our creative caps on with our friends at Sixthman to curate an epic lineup bringing together a delicious blend of good vibes and music with some of the world’s most inspiring yoga, fitness and wellness teachers,” he continues. “This includes two Michael Franti & Spearhead shows and over 20 live band and DJ sets, along with over ten yoga and fitness classes, inspiring speakers and uniquely curated activities hosted by myself and special guests.”

Known for addressing social issues that impact the world through positivity and optimism, Franti released his latest song “You Will Always Hear My Echo” on June 4, Gun Violence Awareness Day, confronting the issue that continues to sweep across the U.S. and claim the lives of over 100 people a day, resulting in nearly 40,000 deaths from gun violence annually. The track is available on all streaming platforms HERE and the video is available HERE.

“The song and video for ‘You Will Always Hear My Echo’ were put together as a response to what seems like a rise in the climate of hate and violence that we see taking place in the U.S. today,” Franti shared in an op-ed with SPIN. “I wanted to make the point that because gun violence leaves no community untouched, that it is up to every single one of us, gun owner or not, to do whatever we can to reduce the number of gun fatalities we see each year and lessen the number of families forced to spend the rest of their lives with the pain of losing a loved one.

“Let us listen to the echoes of those who have been lost, as heard through the voices of their family members, and work together to make sure fewer and fewer families each year become part of the club of survivors that none of them ever wanted to join,” Franti concluded.

Michael Franti & Spearhead released their 11th studio album Work Hard And Be Nice nearly one year ago, which included lead single “I Got You,” the band’s first Billboard No. 1 in nearly 10 years, and was also featured on NPR’s mid-year and end-year “Heavy Rotation: Public Radio’s Most Popular Songs of 2020,” sharing, “Michael Franti’s infectious groove is unmistakable. From the opening chords to the percolating rhythm, it’s easy to get caught up in the positivity he exudes.”

Michael Franti & Spearhead have announced their Good Day For A Good Day World Tour, kicking off this summer in the U.S. through the end of 2021, including the five-day Soulshine at Sea cruise Nov. 3-7 sailing from Miami, Fla. to Stirrup Cay, Bahamas, followed by 13 European dates in early 2022. Tickets will go on sale June 18 at 10 a.m. local time at MichaelFranti.com.