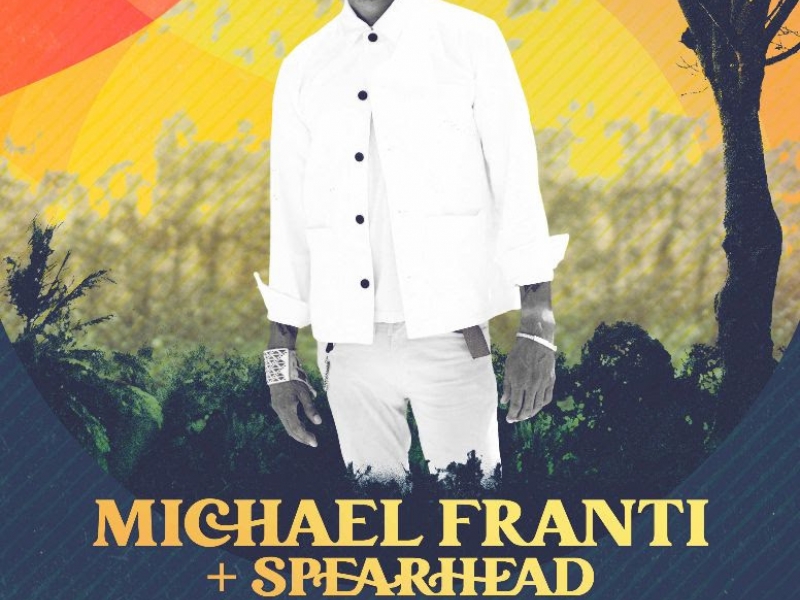 NASHVILLE, Tenn. – As the Entrepreneur-deemed “groundbreaking musician” Michael Franti gears up to kick off the Follow Your Heart World Tour next month, the Bay-Area native and his band Spearhead announce additional dates, bringing the North American leg to over 60 shows from May 13 through Sept. 18. Previously announced dates are on sale now, while newly announced dates will go on sale this Friday, April 29 at 10am local time. For tickets and more information, visit MichaelFranti.com.

Long revered for his inspiring music, worldwide philanthropic efforts and the power of optimism, Franti continues to offer opportunities for gratitude, solidarity and celebrating how we get through the greatest ups and downs of our lives with our body, mind and soul still in one piece with upcoming album Follow Your Heart, set for release June 3 via Thirty Tigers. Pre-order/pre-save the album HERE.

“One thing I learned these last couple of years is that people need people,” shares Franti. “I wrote many songs about connection, resilience and finding the light, even in the midst of all the crazy. Somewhere in there we find resilience, and I hope Follow Your Heart gives fans the courage to continue looking for and holding onto that perseverance.”

Last Friday, Franti released title track “Follow Your Heart,” debuting the acoustic premiere via Instagram Live from his boutique retreat hotel Soulshine Bali in Ubud, sharing, “I wrote this with a guy named Greg Hvnsen who is an incredible writer and producer, and the song is about how following your heart during the pandemic seemed to be the answer to every question.

“The answer to so many questions was to listen to what my heart was saying, even though I couldn’t do a lot of the things I enjoy because we had to be isolated,” Franti elaborated. “We couldn’t travel, tour or make music the way we did before, but there were still a lot of things in my life that needed to be taken care of: relationships, health, this business as an entrepreneur (Soulshine Bali), and ‘follow your heart’ became the answer to so many questions for me.”

Opening with upbeat, rhythmic palm-muted acoustic strumming, “Follow Your Heart” encourages listeners to trust their intuition, follow their dreams and seek out their deepest desires, all while keeping hope alive:

Follow your heart like a stream to the ocean
And put your dreams in motion
And when you fall down
Pick yourself up with your heart wide open, open

Work Hard And Be Nice was released in 2020, which included lead single “I Got You,” the Franti & Spearhead’s first Billboard No. 1 in nearly 10 years, and was also featured on NPR’s mid-year and end-year “Heavy Rotation: Public Radio’s Most Popular Songs of 2020,” sharing, “Michael Franti’s infectious groove is unmistakable. From the opening chords to the percolating rhythm, it’s easy to get caught up in the positivity he exudes.”

Franti has been back in the studio for the band’s 12th studio album Follow Your Heart, set for release on June 3 via Thirty Tigers, with current single “Brighter Day,” title track “Follow Your Heart,” and lead single “Good Day For A Good Day,” which marked the band’s 10th Top 25 AAA hit, are available everywhere now.

Michael Franti & Spearhead will embark on the Follow You Heart World Tour on May 13, performing across North America through the summer, before heading to Europe in early 2023. Tickets are on sale now at MichaelFranti.com.

Michael Franti & Spearhead continue to foster their community both on and off stage with a wish granting non-profit, Do It For The Love, founded by Franti and his wife, Sara. Do It For The Love brings those with life threatening illnesses, veterans, and children with severe challenges to concerts worldwide, fulfilling over 3,300 wishes and touching the lives of over 12,000 people to date. Franti also owns SOULSHINE Bali, a 32-room top-rated boutique retreat hotel located in Ubud, Bali.