MICHAEL FRANTI & SPEARHEAD’S “I GOT YOU” TOPS TRIPLE A CHART 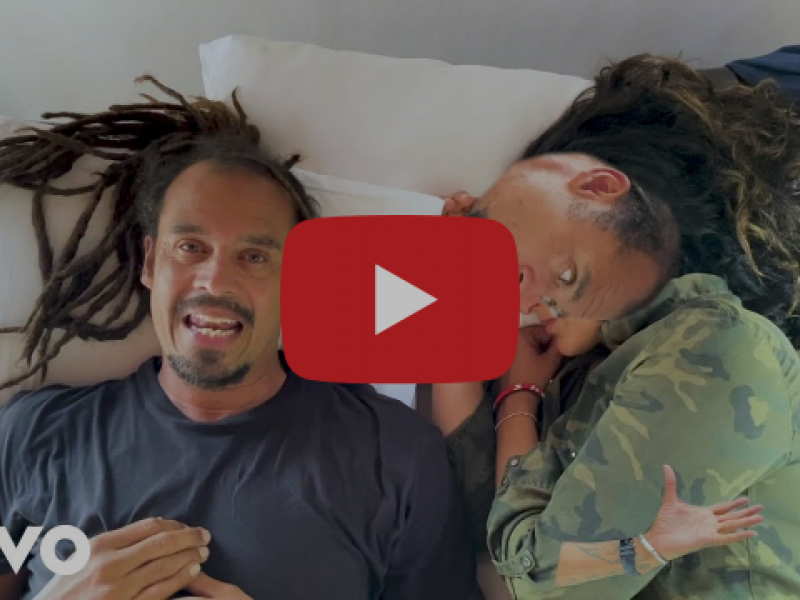 With a track NPR declares “spreads sunny cheer, adding melody and rhythm to a ‘we’re all in this together’ moment,” globally-recognized musician and activist Michael Franti has earned his third career No. 1 at radio with “I Got You,” the lead single from Work Hard And Be Nice, topping the Billboard Adult Alternative chart and marking his first No. 1 since 2010 with “The Sound of Sunshine,” as well as his ninth Top 25 single in the format. “‘I Got You’ is all about how we support each other and learn to ‘love deeper and fly higher’ through all of life’s highs and lows, like the times we are living in right now,” shares Franti. “So, thank you everyone who has requested the song and all the stations who gave it a chance! And thanks for all of the uplifting music you play by all the artists out there. The world needs inspiring music more than ever!” “His music is part of the mission and positive messaging we are putting out there especially now. The world needs Michael and his music right now more than ever,” praises Rita Houston, Program Director of WFUV in New York, while Lin Brehmer of WXRT in Chicago remarks, “Michael Franti is a force of musical positivity in an embittered world. He gets us.” Last month, Franti announced three more dates for his Stay At Home Concert World Tour after performing from Soulshine Bali over the summer. Franti has connected with his Soulrocker collective with his Work Hard And Be Nice Record Release Show June 19, Live from Soulshine Bali July 18 and Soulrocker House Party Aug. 15, with groups of fans, friends and entire households joining together for an estimated audience of 10,000 per show. “We had originally planned to only do three shows with the mindset that touring might be an option by now, but obviously it’s not,” Franti elaborates. “But because you stuck with us, we are sticking with you and adding three more livestream shows in 2020!”The Stay At Home Concert World Tour fosters a sense of community via a dual-screen livestream model, with ticketbuyers watching the performance on one screen while interacting directly with Franti and other fans in a Zoom “Backstage” party room, available to the first 500 fans to purchase tickets, where they can be included in the main feed, dancing and singing along during his nearly three-hour shows. “It’s been amazing to see how our community has come together during this time when most of us are required to be physically distant,” expresses Franti. “These shows have proven that just because we are physically distant doesn’t mean that we have to be socially, spiritually or musically distant.” Each show offers a different experience with themes: Show Me Your Peace Sign Sept. 19, Soulrocker Halloween Scream Oct. 30 and 2020 Harvest Ball Celebration Nov. 21. When purchasing tickets, fans can choose to attend an individual show for $22 or purchase a bundle for all three shows for $60. Attendees can also add on brand new merchandise for an additional price. A portion of each ticket will be going to charity as well. Tickets for Sept. 19, Oct. 30 and Nov. 21 at 6 p.m. PT / 9 p.m. ET are available for purchase HERE. Fans in who reside in Bali may purchase limited in-person tickets, bundled with two-night accommodations at Franti’s yoga retreat hotel Soulshine Bali. With COVID-19 cases declining, small gatherings with precautions have been reinstated. There are 13 bundles available, including a daily breakfast buffet, an intimate dinner with an acoustic set by Franti, two VIP tickets to Sunset Soul Session Pool Party, as well as VIP access to the Soulshine Day Club Cabanas (included in the pool & deluxe room packages). Ticket bundles are on sale now at SoulshineBali.com. Michael Franti & Spearhead’s Work Hard And Be Nice, pegged by American Songwriter as a “brassy, low-key slice of optimism” and “a performance that will undoubtedly soothe,” was released June 19 with lead single “I Got You,” making its way onto NPR’s “Heavy Rotation: Public Radio’s Favorite Songs of 2020 (So Far).” Work Hard And Be Nice is available everywhere now. For more information, visit MichaelFranti.com or follow on Instagram, Twitter @MichaelFranti and Facebook.com/MichaelFranti. About Michael FrantiMichael Franti is a globally recognized musician, humanitarian, activist, and award-winning filmmaker revered for his high-energy live shows, inspiring music, devotion to health and wellness, worldwide philanthropic efforts and the power of optimism. Throughout his multi-decade career, Franti has earned three Billboard No. 1’s with triumphantly hopeful hits “Sound of Sunshine,” “Say Hey (I Love You)” and “I Got You,” as well as five Top 30 Hot AC singles, nine Top 25 AAA Singles and three Billboard Top 5 Rock Albums. In January 2019, Franti released his self-directed documentary “Stay Human,” which won an array of awards at film festivals worldwide and influenced his writing for his most recent album Stay Human Vol. II (Thirty Tigers), which debuted at No. 1 on both the Americana and Independent Album charts and received critical acclaim from USA Today, Billboard, Associated Press and Paste. Michael Franti & Spearhead continue to foster their community both on and off stage with a wish granting non-profit, Do It For The Love, founded by Franti and his wife, Sara. Do It For The Love brings those with life threatening illnesses, veterans, and children with severe challenges to concerts worldwide, fulfilling over 3,300 wishes and touching the lives of over 12,000 people to date. Penning op-eds for SPIN, Franti shares his insight on the current Black Lives Matter movement providing readers with background on the ongoing issues alongside his brand of positivity and hopefulness. Franti also owns SOULSHINE Bali, a 32-room top-rated yoga retreat hotel located in Ubud, Bali. Amidst touring, Michael Franti & Spearhead have been in recording studios in Nashville, Los Angeles, and San Francisco working with A-list writers and producers on their most diverse record yet, Work Hard And Be Nice, available now.