MICHAEL FRANTI SAYS GOODBYE TO 2020 WITH A LIGHTER AND LIVESTREAM 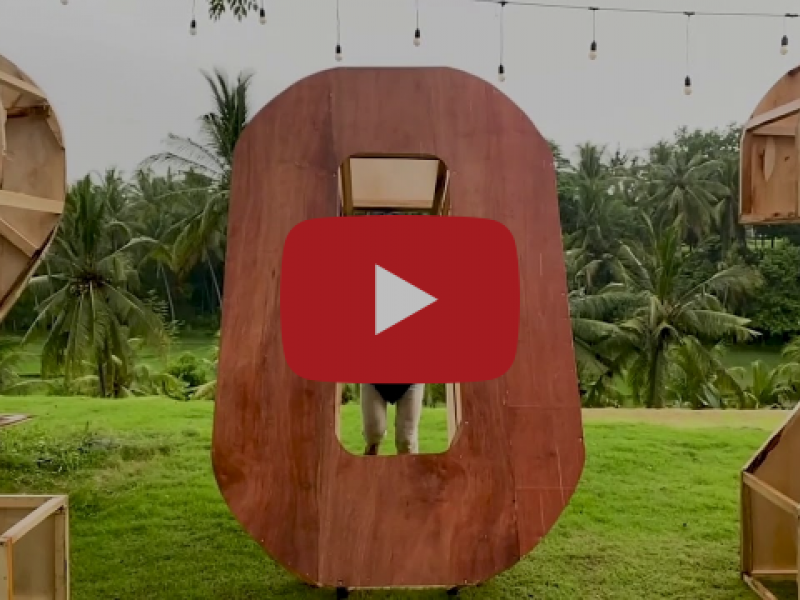 UBUD, Bali – In a year that’s been tumultuous for many, musician and activist revered for his inspiring live music and the power of optimism Michael Franti aims to relieve fans in a four-hour New Year’s Eve livestream, along with a ceremonial goodbye to 2020 with the burning of a 20-foot-tall symbolic statue of 2020, encouraging all to make space in our minds and hearts for hope and optimism in 2021. Fans are invited to send a message of farewell to 2020 or a message of hope for 2021 to NYEburn@gmail.com to be included in the burn. The “New Year’s Eve Bali Bash” livestream kicks off at 8:30 p.m. PT / 11:30 p.m. ET and tickets are available now.

“2020’s been a super challenging year for every person on the planet,” shares Franti. “It’s been a stressful year, a painful year, and a year of uncertainty. It’s also been an important year. A year for everyone to look in their hearts and ask how we can best show up for our families, and the health of people and the planet.

“So, a group of us artists and musicians got together and said, ‘How can we let go of the hurt of this year and still take in and honor the wisdom it’s taught us through its challenges?’ We decided to make a giant 2020 statue out of bamboo and scrap wood, and with music and a lighter, we’re going to burn it to the ground.

“Of course, it’s just symbolic, but there’s something in my heart that wants to respectfully say goodbye to 2020, and to people we’ve lost, and use memories of this year as fuel for a better future,” Franti continues. “This isn’t just about letting go of the bad shit – it’s about creating space for the phoenix of optimism, courage, tenacity and hope for good things in 2021 to just rise up from the ashes. That’s why we’re doing this.”

Despite this year’s challenges, Franti has stayed connected with his Soulrocker community in many ways, most notably with the Stay At Home Concert World Tour, hosting six uniquely themed livestreams with over 50,000 attendees. This was the first summer in 33 years that Franti wasn’t on the road, prompting him to perform from Soulshine Bali and incorporate a dual-screen model, in which fans were given access to a Zoom “Backstage Party Room” to interact with Franti and other fans as they sang and danced together.

In a feature with Entrepreneur about his Stay At Home Concert World Tour, Franti shared, “Our fans responded in kind, and it's really moved me and my wife… just to see the way that our fans have taken this on…just that they feel a sense of community there — that they want to support each other and support us as one giant family of thousands of people who love the music and are concerned about the planet and want to help each other get through this challenging time.”

The initial livestream celebrated the release of Michael Franti & Spearhead’s 11th studio album released on June 19, Work Hard And Be Nice, with lead single “I Got You” earning the No. 1 spot on Billboard’s AAA Chart, marking Franti’s first No. 1 in nearly 10 years, after performing the track on NBC’s “TODAY with Hoda & Jenna” upon the album’s release. The single also landed on NPR’s mid-year and end-year “Heavy Rotation: Public Radio’s Most Popular Songs of 2020,” sharing, “Michael Franti’s infectious groove is unmistakable. From the opening chords to the percolating rhythm, it’s easy to get caught up in the positivity he exudes.”

The video for “I Got You” was filmed in Bali with wife Sara and son Taj, garnering over 1 million views since its release in May, followed by “How We Living,” featuring fans from around the globe, and a special Father’s Day release of “Start Small Think Big.”

Franti also launched his Stay Human podcast in May, which has since gained over 110,000 downloads, leading to a partnership with the American Songwriter Podcast Network, with episodes featuring John Mackey of Whole Foods Market, Dr. Oz, Ziggy Marley and Bert Jacobs of Life Is Good, among many more. New episodes are released each week, and you can find Franti’s Stay Human podcast on American Songwriter Podcast Network and wherever you listen to podcasts.

In addition to his podcast, Franti has started his own radio station via Stationhead, encouraging fans to join him as he spins some of his favorite tunes and interact with him throughout the live broadcast.

Using Cameo, Franti found a new way to connect with fans, completing nearly 900 requests for videos to-date. Armed with his guitar, he provides recipients with an inspiring musical message of hope, positivity, congratulations and encouragement.

Dubbed “equal parts musician and activist,” Franti has used his platform with SPIN to pen op-eds on social justice, equality and change, the first appearing alongside his album release, “The First Juneteenth Came at the End of the Civil War, This Year It’s During the Middle of a Revolution,” followed by “From Protest to Progress: How to Turn Marching Into Actual Change,” in July. Franti also helped to raise $625,000 during the “Banding Together For Colorado Music Relief Fund,” and has participated in over 70 public and private events including John Hickenlooper’s “Hackapalooza,” Berklee College of Music’s guest speaker panel, Democracy Comes Alive, George Gascon for LA District Attorney Virtual Fundraiser, Save The Redwoods League, Rainforest Action Network and many more.

A devotee to health and wellness, Franti shared his story on getting back in shape after receiving two knee surgeries with Men’s Journal, detailing how he created new habits to now be in the best shape of his life at 54-years-old.

Franti co-owns yoga retreat hotel Soulshine Bali, located in Ubud, and has been hard at work on making additions to the property, including 16 new rooms, a yoga studio, restaurant and pool. Franti and his family have been onsite at Soulshine Bali since travel restrictions were placed during the COVID-19 pandemic.