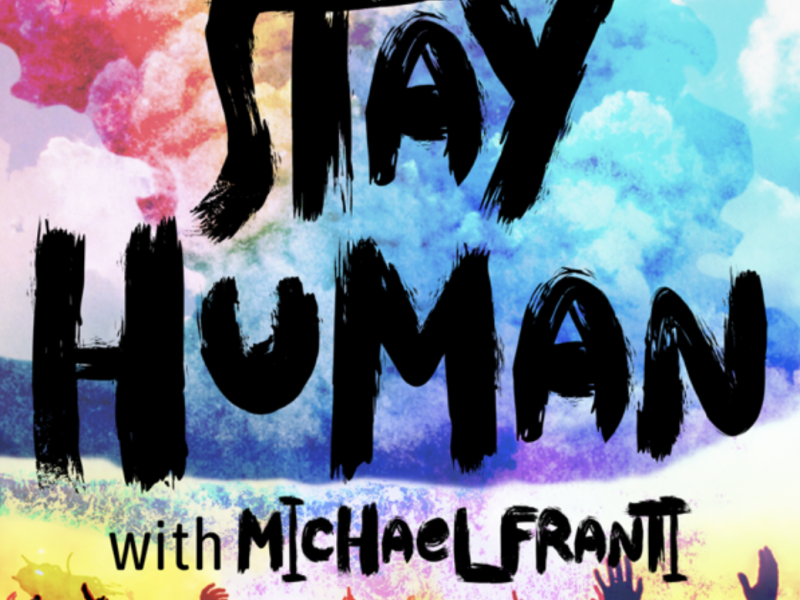 Globally-recognized musician, humanitarian, activist and award-winning filmmaker Michael Franti, revered for his high-energy live shows, inspiring music, devotion to health and wellness, worldwide philanthropic efforts and the power of his optimism, launches his Stay Human podcast today, May 19 and is now available everywhere.

Franti’s latest album Stay Human Vol. II, which is an accompaniment to his documentary Stay Human, focuses on how we hold on to our humanity in the most challenging times of our lives, and this podcast seeks to do the same.

Franti has traveled around the world for decades, meeting incredibly inspiring people from musicians to cultural creatives - people of all walks of life. Episodes will be released weekly, and as a special treat, listeners are getting FIVE episodes immediately in celebration of launch day!

On May 19, listen to Franti’s conversations with Pat Monahan of Train, G. Love, Nattali Rize, Satsang, and Abigail Stauffer.

On the heels of four Billboard No. 1 singles and an array of Top 30 hits, Franti continues his mission of empowering a vast audience of likeminded activists and world-changers to create positive change. On Earth Day, he announced his upcoming 11th studio album Work Hard And Be Nice, set for release June 19, 2020, and has since released the first single, “I Got You,” as well as “I’m On Your Side” and “How We Living.” Pre-order/pre-save Work Hard And Be Nice HERE.

Tune in to join the movement, available wherever you listen to podcasts: Apple Podcasts, Spotify, iHeartRadio, GooglePlay, Stitcher and more.