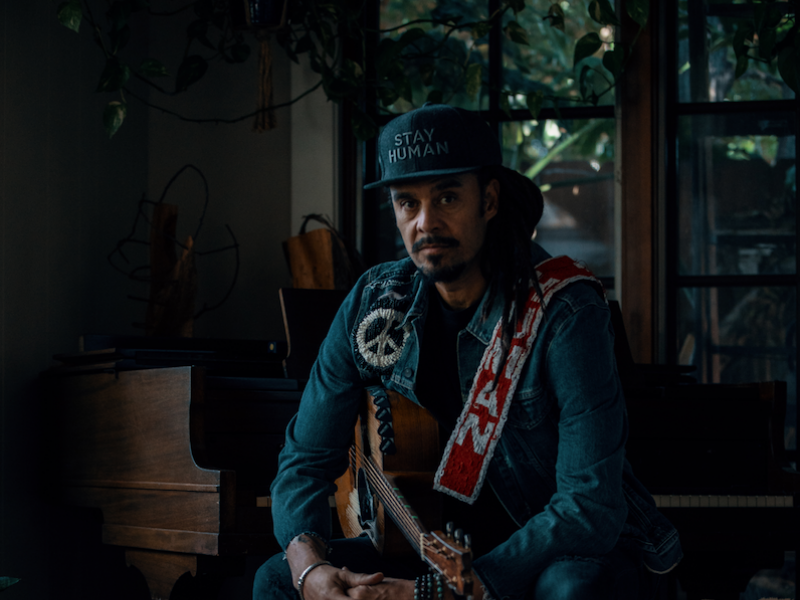 Acclaimed artist and humanitarian Michael Franti will join Unify.org as the organization hosts a day-long global prayer vigil and meditation featuring leaders around the world. Centered upon the truth that love is greater than fear, the Facebook Live will take place from 10 a.m. to 10 p.m. PT.

Franti is set to perform and speak on the state of the world at 6:55 p.m. PT, ahead of the event’s 7:45 p.m. PT unified meditation. Other participants include Tony Robbins, Deepak Chopra, Krishna Das and many more.

This week, Franti also released a new music video for “This World is So F*cked Up (But I Ain’t Never Giving Up On It)” off his last record, Stay Human Vol. II. Shot in Bali, where Franti is currently quarantining with his family at his hotel, Soulshine Bali, the video features a small ball on a journey that metaphorically describes what’s happening with the Earth. Franti also offers a commentary on the current state of the world with a behind the scenes look at the making of the video.

For more information, visit website and follow Franti on Instagram, Twitter and Facebook.
About Michael Franti
Michael Franti began writing music to process both the political landscape of the late 1980s and the unique sounds and ideas of his Bay Area upbringing. In 1994, he formed Michael Franti & Spearhead. Touring with his band, Franti continued to notice inequality and injustice both at home and abroad. The band released their seminal Stay Human album in 2000, reflecting on the unjust nature of the death penalty among other themes. The band’s most recent Stay Human Vol. II, continues Franti’s message of social justice, battling cynicism with optimism – and as a reflection of the breadth of Spearhead’s reach, it reached #1 on Billboard’s Americana and Independent Album chart, as well as #1 in iTunes Singer/Songwriter chart.

Franti’s other recent musical projects have yielded four #1 Billboard singles, including “The Sound of Sunshine” and “Say Hey (I Love You).” Both 2013’s All the People and 2016’s SOULROCKER found the Top 5 on Billboard’s Rock Albums chart.

A 2019 Ellis Island Medal of Honor recipient, Michael and his wife Sara’s wish-granting nonprofit foundation Do It For The Love has brought over 8,500 individuals with life threatening illnesses, veterans and children with severe challenges to concerts. Also an awarded documentarian, 2019’s “Stay Human” won an array of awards and is very fitting to watch during these times. It can be found on iTunes.