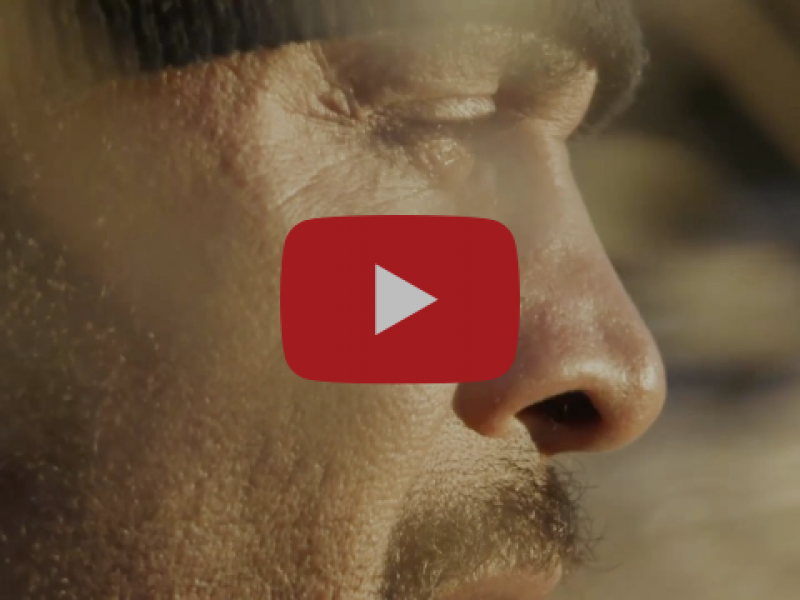 Globally recognized musician, humanitarian and activist Michael Franti is known for addressing social issues that impact the world through positivity and optimism, careful not to dismiss the seriousness or the solemn nature of those circumstances, yet rather facing them directly with hope and determination.

Today, Friday, June 4, is Gun Violence Awareness Day, and the Bay-area artist releases a new song and video, “You Will Always Hear My Echo,” confronting the issue that continues to sweep across the U.S. and claim the lives of over 100 people a day, resulting in nearly 40,000 deaths from gun violence annually. The track is available on all streaming platforms HERE.

“The song and video for ‘You Will Always Hear My Echo’ were put together as a response to what seems like a rise in the climate of hate and violence that we see taking place in the U.S. today,” Franti shared in an op-ed with SPIN. “I wanted to make the point that because gun violence leaves no community untouched, that it is up to every single one of us, gun owner or not, to do whatever we can to reduce the number of gun fatalities we see each year and lessen the number of families forced to spend the rest of their lives with the pain of losing a loved one.

“The video for ‘You Will Always Hear My Echo’ takes place in less than ten seconds,” Franti elaborates. “Almost every family I met with who has lost a member to gun violence told me the same thing: ‘Why did my son, daughter, father, mother, sister, brother have to be in that situation in that precise moment of time leading to their death?’

“I hope the video provokes discussion about the fact that whatever we have been doing so far to reduce gun violence, simply has not been enough to reduce the over one hundred people a day who die from gun violence in America,” Franti concludes. “Let us listen to the echoes of those who have been lost, as heard through the voices of their family members, and work together to make sure fewer and fewer families each year become part of the club of survivors that none of them ever wanted to join.”
Franti continues to empower fans to take action in their own communities with resources available at MichaelFranti.com/Activism. Michael Franti & Spearhead also encourage fans to participate in Wear Orange Weekend at their upcoming shows in Vail, Colorado tonight, June 4, and across all 3 shows at Red Rocks Amphitheatre on Saturday, June 5 and Sunday, June 6 in solidarity with those who have lost loved ones to gun violence.
MichaelFranti.com/Activism also provides resources to take action against climate change and join the REVERB Music Climate Revolution alongside Franti, with a mission to unite around music and tackle environmental and social issues we face while empowering millions of individuals to take action toward a better future for people and the planet.

“For decades, I have been aware of the ever-growing climate crisis and daily am reminded that it is only getting worse,” shares Franti. “Too often, our impact on the earth and our local environment is less than friendly. I feel it is our duty to become more educated on the environmental issues we face and how we can take action to save our planet.

“To kick off our partnership with REVERB Music Climate Revolution, we are pledging to make all future tours climate positive – meaning we will reduce our footprint and eliminate significantly more emissions than we create – and encourage our fans to take action alongside us to reduce their carbon footprint in a big way,” Franti closes.

REVERB Music Climate Revolution partners with musicians, festivals and venues to green their concert events while engaging fans face-to-face at shows to take environmental and social action. The non-profit creates and executes comprehensive programs to reduce concert and tour footprints from eliminating single-use water bottles, to coordinating local farm food, to fueling sustainable biodiesel in tour buses, to composting and donating food waste and much more.

Following the announcement of the Good Day For A Good Day Weekend in Colorado, restrictions in the state have been lifted to accommodate 66% capacity, enabling Red Rocks Amphitheatre to increase capacity and prompting Michael Franti & Spearhead to gift over 1,000 tickets to their June 5 and June 6 shows at the iconic venue. The band asked the community and fellow Soulrockers to nominate someone they feel should receive complimentary tickets for them and their friends/family, such as healthcare and essential workers, teachers, coaches, etc. to one-of-the-three shows by submitting their name and story behind the nomination. Nominations are now closed and winners have been contacted via email.

Michael Franti & Spearhead released their 11th studio album Work Hard And Be Nice last June, which included lead single “I Got You,” the band’s first Billboard No. 1 in nearly 10 years, and was also featured on NPR’s mid-year and end-year “Heavy Rotation: Public Radio’s Most Popular Songs of 2020,” sharing, “Michael Franti’s infectious groove is unmistakable. From the opening chords to the percolating rhythm, it’s easy to get caught up in the positivity he exudes.”