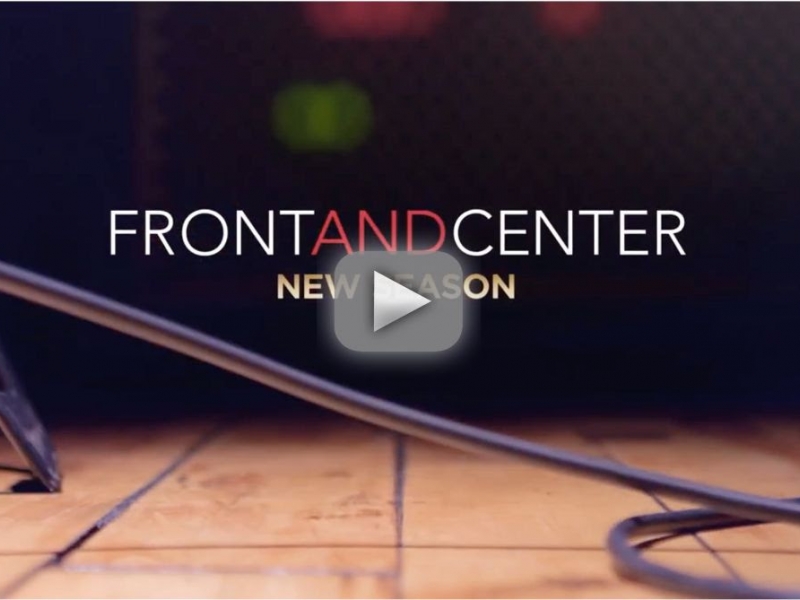 NASHVILLE, Tenn. – As the 10th season of the critically acclaimed live music series “Front And Center” continues, award-winning Country duo Maddie & Tae take the stage from Analog at the Hutton Hotel for a special performance premiering this Sunday, September 5.

Praised for their “pristine harmonies” and “glorious songwriting,” longtime friends and music collaborators Maddie & Tae first broke out in 2013 with “Girl in A Country Song” and since, they have become the first and only female Country twosome with multiple No. 1 hits. The pair showcase their tight harmonies in a concert that includes that first Platinum-selling smash plus their Double Platinum-certified hit “Die from a Broken Heart” as well as their latest, “Woman You Got.”

“We were so excited to get together with our band and play again,” say Maddie & Tae. “Especially so we can share some of our new songs!”

“This was such a fun band and performance to watch, with Maddie & Tae leading the way with great vocals and hit songs,” adds Executive Producer Don Maggi.

About Maddie & TaeAward-winning duo Maddie & Tae are drawing praise for their No. 1 debuting The Way It Feels album with Rolling Stone saying the music is “anchored around their stellar vocal pairings and some of the tightest harmonies on Music Row.” Together as longtime friends and music collaborators, Maddie Font and Taylor Kerr co-wrote 14 of the album’s 15 tracks including the Double Platinum-certified No. 1 hit, “Die From A Broken Heart.” With “Die From A Broken Heart” topping the Country Airplay charts, Maddie & Tae became the first and only female twosome with multiple No. 1s. The pair also co-wrote a brand-new track – “Woman You Got” – playing on Country radio now. “Woman You Got” is the first release from Maddie & Tae’s forthcoming project.
Maddie & Tae first broke out in 2013 with their brilliant counter to bro-country, the Platinum-selling smash, “Girl In A Country Song,” which took Country radio by storm, skyrocketing to the top of the charts. The duo became only the third female duo in 70 years to top the Country Airplay charts, also earning trophies from the Country Music Academy and Radio Disney Music Awards along with multiple ACM, Billboard, CMA and CMT Award nominations. Maddie & Tae have received widespread praise from Associated Press, Billboard, Entertainment Weekly, NPR, The Tennessean, The Washington Post, Glamour and others. The celebrated duo has toured with Country music’s hottest stars including Carrie Underwood, Dierks Bentley, Brad Paisley and more, and they head out on The Weekends Tour with Brett Young this month. For additional information, visit www.maddieandtae.com
About American Public Television
American Public Television (APT) is the leading syndicator of high-quality, top-rated programming to the nation’s public television stations. Founded in 1961, APT distributes 250 new program titles per year and more than one-third of the top 100 highest-rated public television titles in the U.S. APT’s diverse catalog includes prominent documentaries, performance, dramas, how-to programs, classic movies, children’s series and news and current affairs programs. “Doc Martin,” “Midsomer Murders,” “America’s Test Kitchen From Cook’s Illustrated,” “AfroPoP,” “Rick Steves’ Europe,” “Pacific Heartbeat,” “Christopher Kimball’s Milk Street Television,” “Legacy List with Matt Paxton,” “Lidia’s Kitchen,” “Kevin Belton’s New Orleans Kitchen,” “Simply Ming,” “The Best of the Joy of Painting” with Bob Ross, “Live From the Artists Den,” James Patterson’s “Kid Stew” and “NHK Newsline” are a sampling of APT’s programs, considered some of the most popular on public television. APT also licenses programs internationally through its APT Worldwide service and distributes Create®TV — featuring the best of public television's lifestyle programming — and WORLD™, public television’s premier news, science and documentary channel. To find out more about APT’s programs and services, visit APTonline.org.