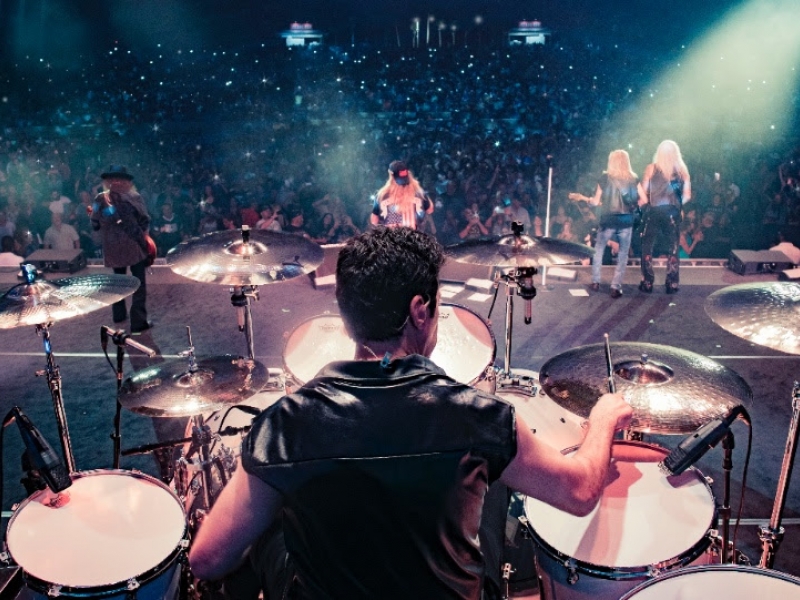 Southern Rock icons, Lynyrd Skynyrd, kicked off their Last of the Street Survivors Farewell Tour, presented by SiriusXM and produced by Live Nation, last night in West Palm Beach, Florida at the Coral Sky Amphitheatre, the fourth time since the 90s the band has started a tour at the seasoned outdoor shed if you ask guitarist Rickey Medlocke (his first show reunited with the band was on this very stage in 1995). The Rock & Roll Hall of Famer’s, joined by friends Jamey Johnson, Molly Hatchet and Blackfoot, started their two-year farewell tour with a resounding downbeat rocking the packed crowd that extended to the furthest boundaries of the grassy lawn.

In a walk-up to the show, The Tampa Bay Times interviewed Gary Rossington, Johnny Van Zant and Medlocke during a recent fans-only SiriusXM show in Atlanta around their "Free Bird" Southern Rock Pop-up Channel affirming Lynyrd Skynyrd has solidified their place in history as “one of the biggest bands ever to come out of Florida.” With a 90+ minute set encompassing timeless hits like “Simple Man,” “Gimme Three Steps,” “What’s Your Name,” and rarity “The Ballad of Curtis Lowe,” the evening wind picked up in sync with the set list’s tempo as they transitioned seamlessly into “Sweet Home Alabama” before a 13+ minute “Free Bird,” reminding the audience why Rolling Stone magazine calls them one of the 100 Greatest Bands of All Time.

The Last of the Street Survivors Farewell Tour marks a big moment for generations of fans, as the band has been touring consistently since the 90s. After a career that has spanned more than 40 years and includes a catalog of more than 60 albums with more than 30 million units sold, the band, that USA Today called the “whiskey-soaked genre's most popular and influential crew,” is ready to rock one last time. The farewell tour will take original member Rossington joined by Van Zant, Medlocke, Mark “Sparky” Matejka, Michael Cartellone, Keith Christopher, Peter Keys, Dale Krantz Rossington, Carol Chase and special guest Jim Horn across the country over the next two years.

Stay tuned for the announcement of additional dates for the second leg of the farewell tour.

VIP Packages will be available for all dates.  Details available at lynyrdskynyrd.com.